Intel announced a pair of socketed desktop Broadwell processors on June 2, 2015 and getting your hands on the nearly two month old processor is still next to impossible. Amazon shows an in-stock date of August 16th for the Intel Core i7-5775C processor that we used today for this piece.  Unfortunately that date is after the rumored launch date for Intel 6th Generation Skylake processor and the new Z170 platform. Most hardcore enthusiasts are waiting for Skylake as they want the latest processor and new 100-series chipset board with the new CPU socket and DDR4 memory support. The fact that you’ll likely be able to buy a Skylake processor on Amazon or Newegg before Broadwell is very unusual, but Broadwell was badly delayed. If you happen to find a Broadwell processor in the months ahead for a good price it might make for an interesting build. We wanted to update a PC with integrated graphics and we think the Broadwell processor gave us a nice little performance boost over the Ivy Bridge processor that we were using. We got a much faster feeling system thanks to recent advances in storage drives and ended up with a better overall system. The processor improvements are welcomed, but so is the improved audio, power efficiency, USB 3.1 ports, Intel I218V Gigabit LAN and so on. We are happy with the overall system build, but we did run into one minor Windows 7 sleep issue and have let Intel and ASUS know about it. Chances are they’ll be able to release another UEFI/BIOS update and fix the issue! 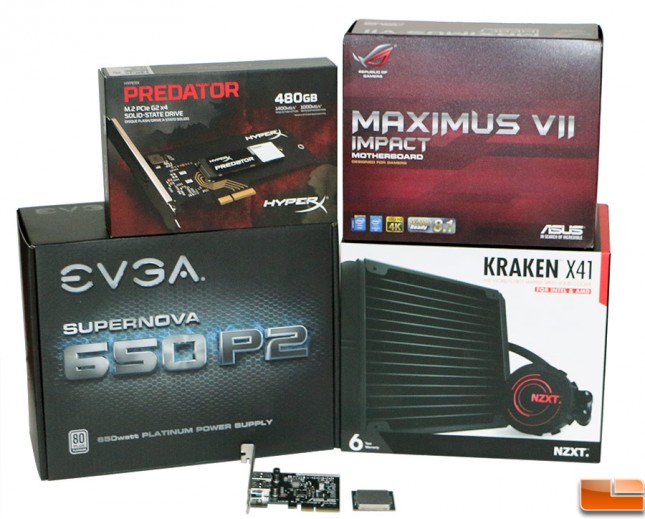 The 2015 update of our ‘Dream Mini ITX Build’ runs just under $1330 shipped for all the parts. After you add in a case a DDR3 memory kit you should be able to duplicate the core system build here for $1500.

This will likely be our final article on Broadwell as we will shift our focus to Skylake from this point on. If you have any Broadwell questions be sure to ask and we’ll try to answer them for you.