Our old Intel Ivy Bridge platform scored a 6.5 base score in the Windows Experience Index in Windows 7 and the lowest score was the Graphics component in the test.

On the new Intel Broadwell platform we scored a 7.4 base score thanks to the improved Graphics performance in Broadwell. None of the other subscores changed. 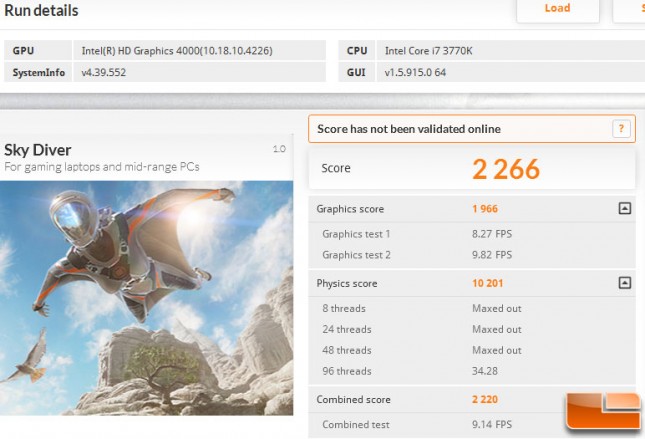 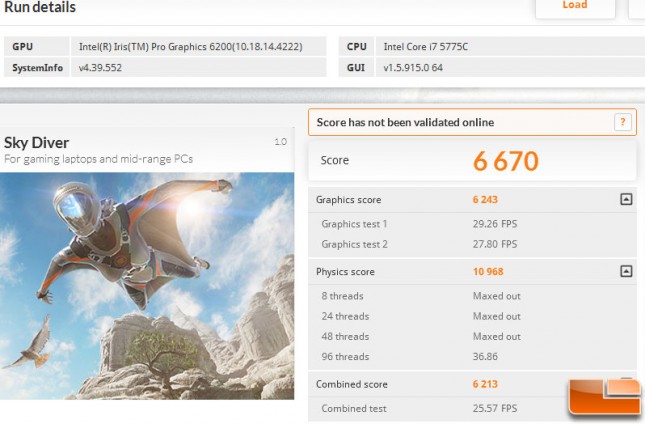 On the new Intel Core i7-5775C system we scored 6,670 on Sky Diver with a graphics sub-score of 6,243 and an overall physics score of 10,968. As you can see the Broadwell system with Intel Iris Pro Graphics 6200 is getting the bulk of the performance gains from improved graphics. 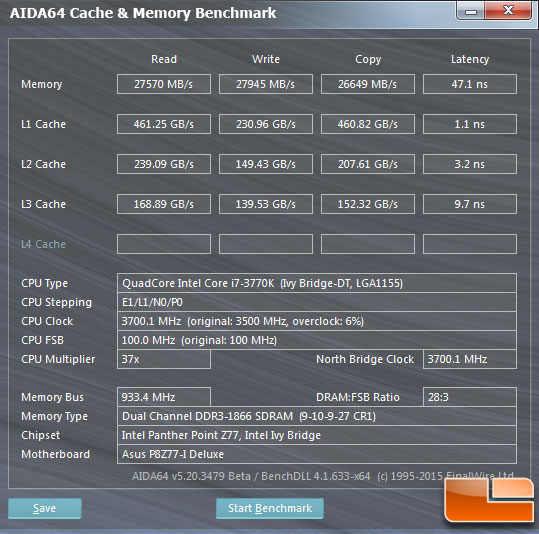 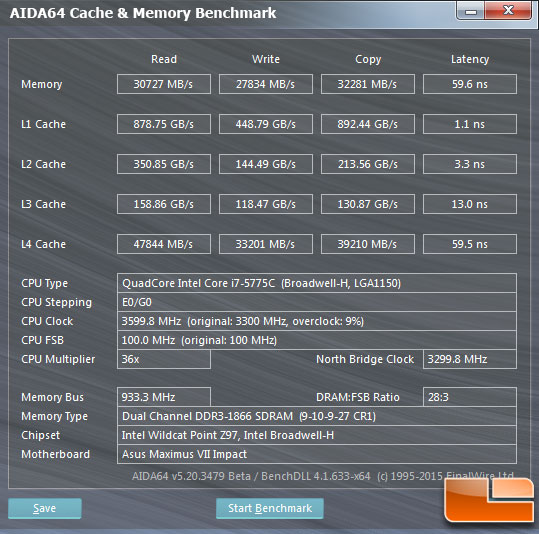 The latest version of AIDA64 is not optimized for Broadwell and a warning pops up stating this as soon as the benchmark completes. The read/write/copy benchmarks are all higher than Ivy Bridge, but the latency is much higher at 59.6 ns. Both systems were tested with the same exact memory kit! 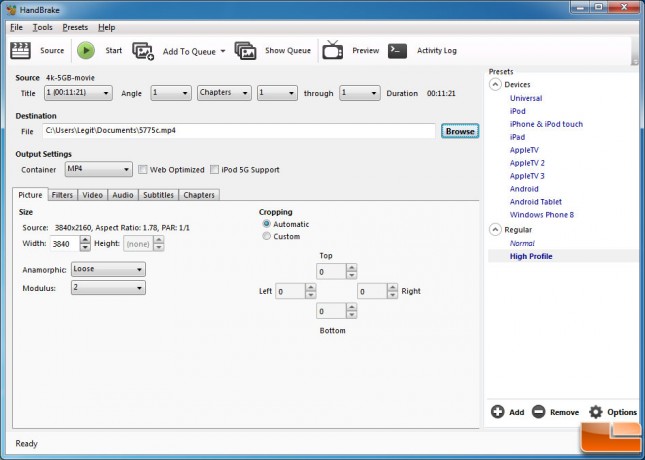 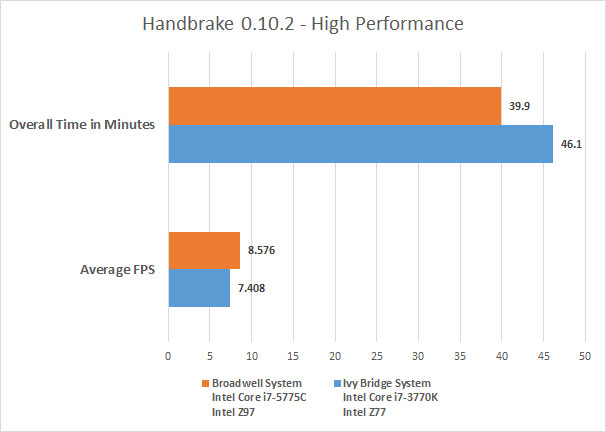 The Intel Broadwell platform had a 15.8% higher average frame rate and we were able to complete the workload just over six minutes faster! 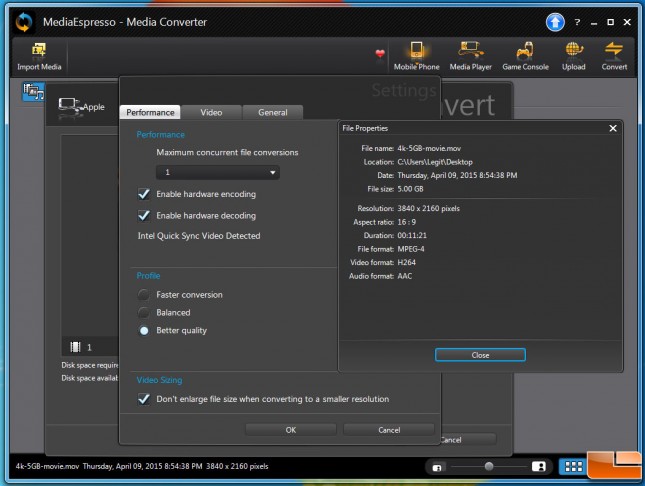 Next we used that same 4K 5.00GB movie clip and used CyberLink MediaEspresso 7 with Intel QuickSync video enabled (hardware encoding and decoding) to convert the file to the Apple iPhone 6 Plus with the better quality profile. 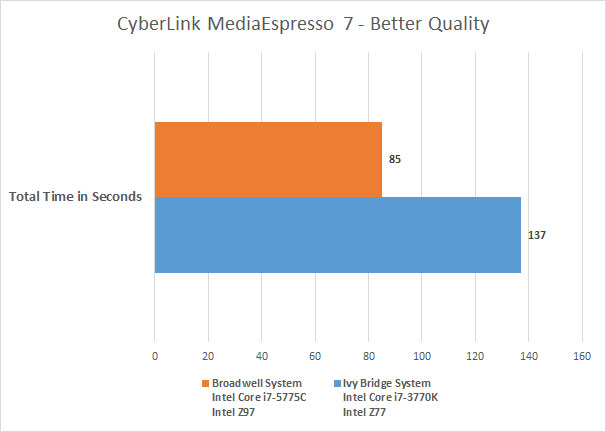 When Intel QuickSync video is used you’ll see a massive 38% reduction in conversion time from our Intel Ivy Bridge platform and the new Intel Broadwell platform! If you are running software that uses Intel QuickSync, you should see nice performance gains over older processors!

Testing a 3-year old Kingston HyperX 5K 480GB SATA SSD versus a brand new HyperX Predator 480GB M.2 PCIe SSD that just had Windows 7 and our base applications installed on it for a week feels wrong, but it shows real world performance on systems that have been used. The sequential and random write performance saw the largest performance increases, but most all of the read tests also improved. We were a bit shocked to see the 4K QD32 test actually lower on the new drive, but we ran the benchmark multiple times and the results were constant. 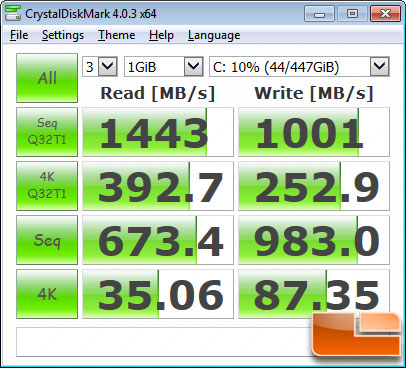 Here is a look at the performance on the HyperX Predator 480GB M.2 PCIe SSD right after we installed Windows 7 Ultimate 64-bit and all 251 Windows Updates that are needed! Most of these performance numbers are higher than our week old drive numbers shown above and we are showing this to show the difference between a ‘fresh’ and ‘used’ SSD. 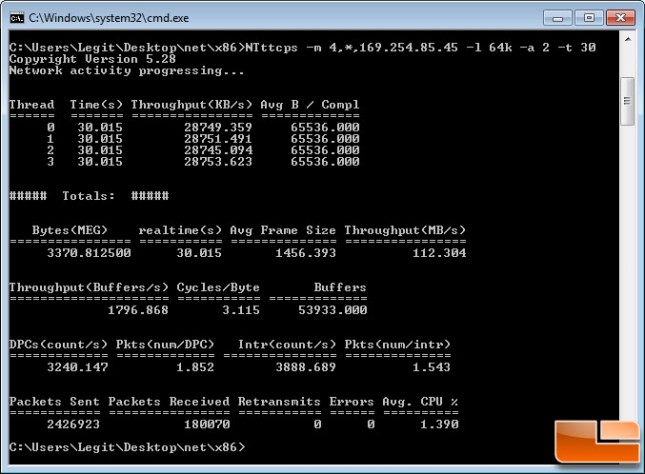 We ran a quick Gigabit LAN test to set out the performance on new Intel I218V controller and was happy to see we were hitting 112.3 MB/s on our office network that uses Netgear switches. Not bad considering the theoretical limit of a Gigabit network is 125 MB/s and we all know theoretical speed limits are seldom actually obtained in the real world due to network overhead.

Let’s take a look at Power Consumption and Tempeartures!