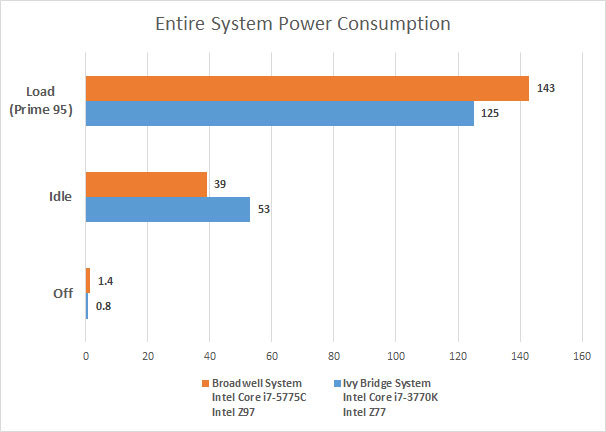 One of the reasons we updated our Ivy Bridge system to Broadwell was to get better efficiency at idle and light workloads, so we were hopeful that we’d see some power savings. With the system turned off and just plugged into the wall we found the new Broadwell platform consumed 1.4W of power while the old Ivy Bridge system used 0.8W of power. We are off to a bad start! With the  systems up and at idle with two displays plugged into each board we found the Intel Core i7-5775C Broadwell platform used 39 Watts of power versus 53 Watts on the Intel Core i7-3770K Ivy Bridge processor. This is a 26% reduction in idle power and is exactly what we were looking for! At load the 5775C and Z97 platform used 143 Watts, which is more than the 125 Watts of power used on the 3770K and Z77 platform. 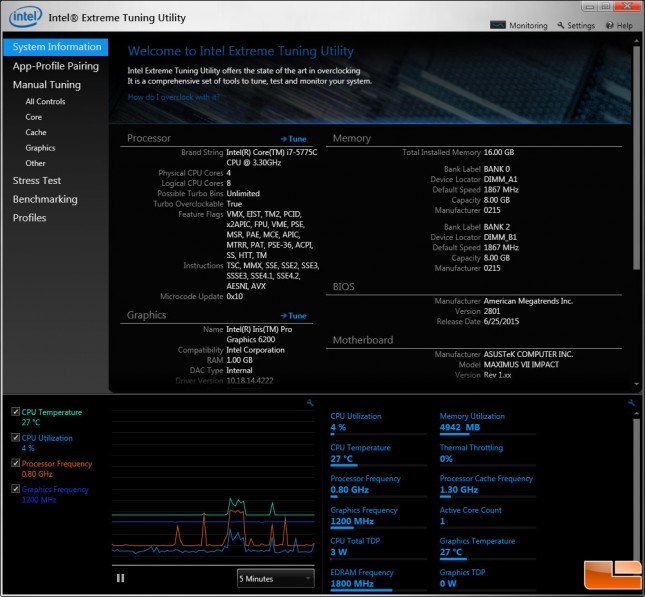 The CPU Temperature at an idle was a very respectable 27C with the case doors on and in a room that was 24C. We were a little concerned due to the fact that the airflow isn’t the greatest, but the idle temperatures on the Intel Core i7-5775C Broadwell 14nm processor were impressive thanks to the NZXT Kraken X41. 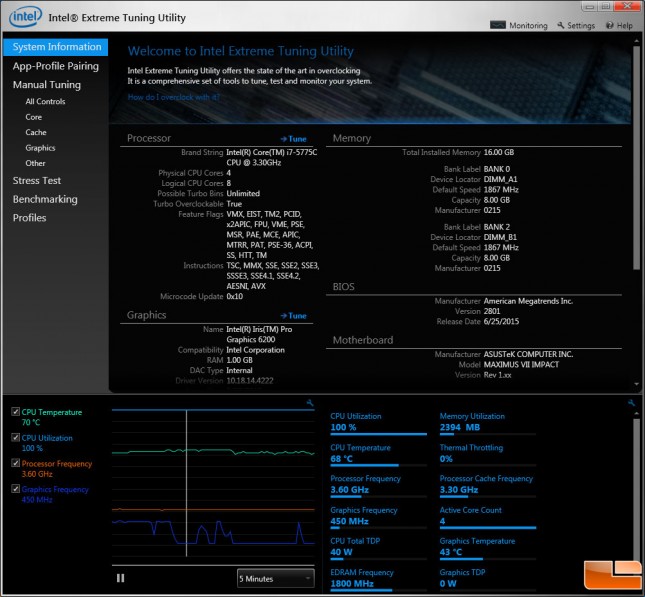 When running Prime 95 64-bit we had the CPU loaded up at 100% and the temperature peaked at 70C, but was often at around 68-69C and there was no thermal throttling! 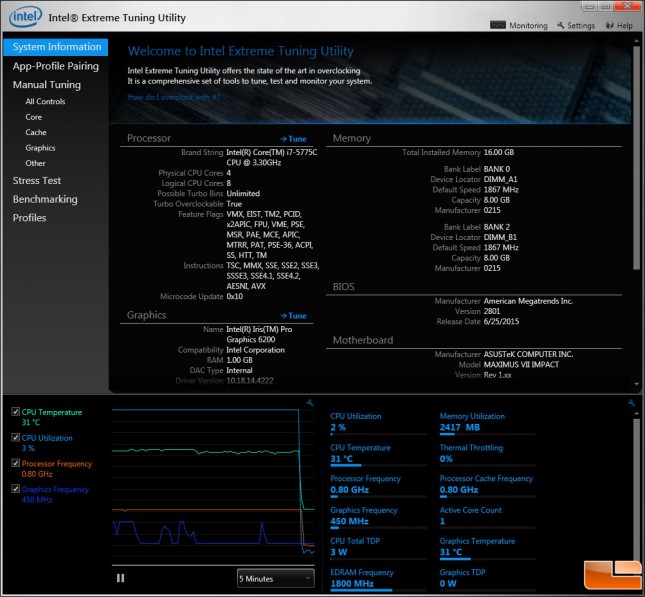 Recovery time was pretty unreal as we went from 70C to 31C in under 10 seconds! We are using the pre-applied thermal paste on the NZXT Kraken X41 CPU cooler and will later try changing that out with other thermal material and to ensure that CPU cooler is fully seated as we didn’t expect to see a ~40C temperature drop that quickly!