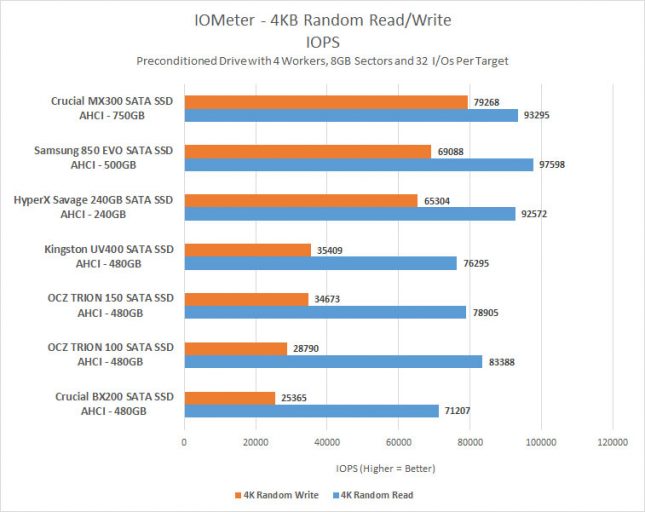 IOPS is the main thing we are looking at in this test scenario and the Crucial MX300 750GB SSD is rated at 92k IOPS for the 4K Random Read and 83k IOPS for the 4K Random Write. Our testing showed that we were only able to get 93,295 IOPS read and 79,2689 IOPS write on our pre-filled drive right after a secure erase was complete. This is pretty close to the rated speeds and among one of the fastest TLC drives that we have ever tested! 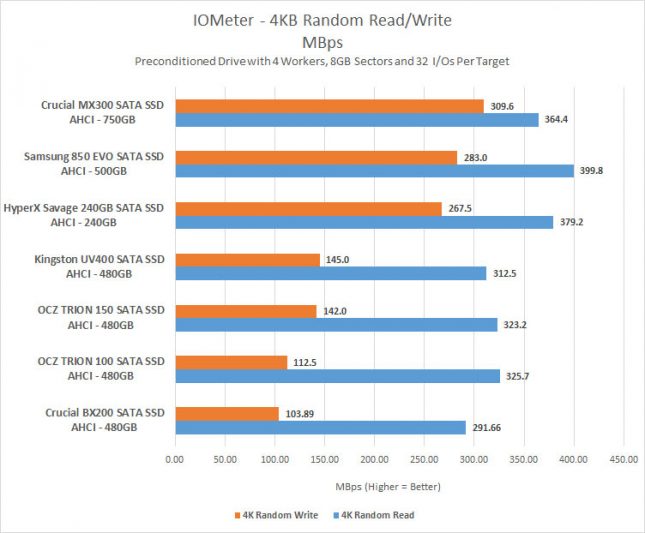 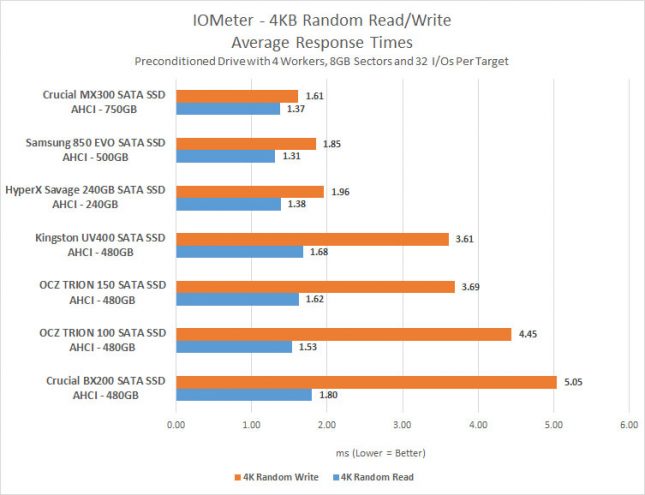 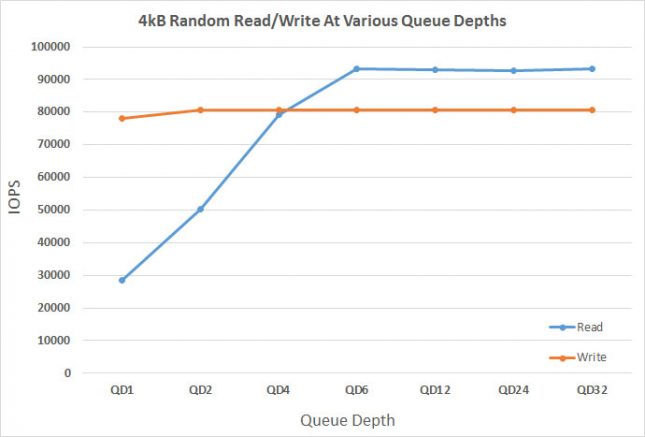