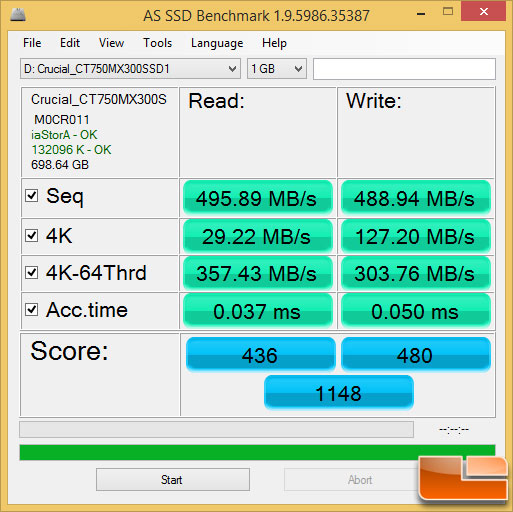 Benchmark Results: AS SSD showed the Crucial MX300 750GB drive had an overall score of 1,148 points with sequential read speeds of 496MB/s and 489MB/s write. 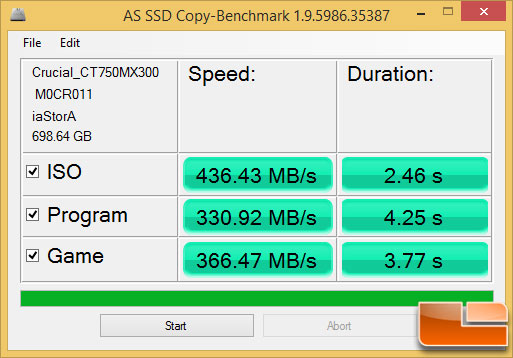 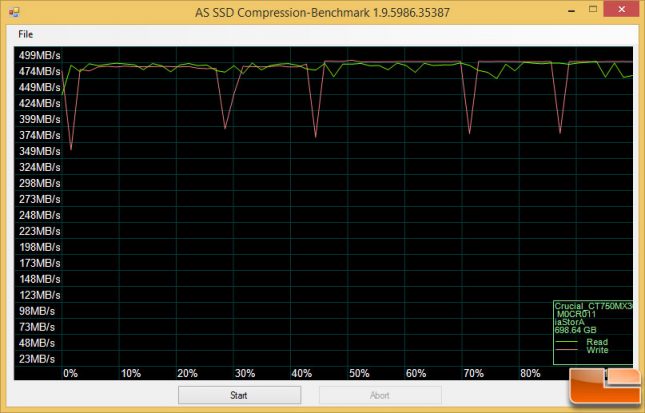 Benchmark Results: For this benchmark chart you would ideally want to see a straight line as you don’t want any compression performance loss as the test goes from 0% compressible to 100% compressible data during the benchmark test period. The Crucial MX300 750GB SSD was pretty flat across the drive with regards to the reads, but the write performance had a handful of performance dips.