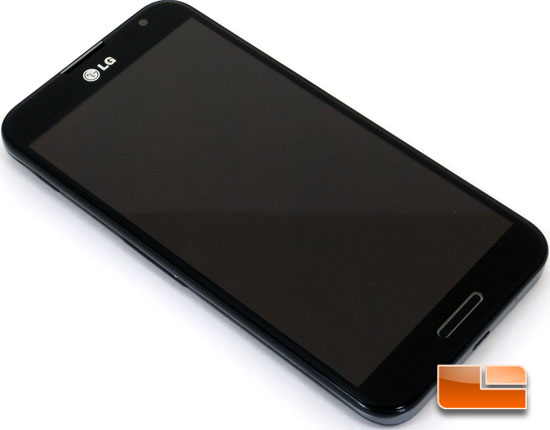 For starters, the processor has been improved. The Optimus G was had one of the fastest processors at the time, a 1.5GHz snapdragon processor. The LG Optimus G Pro features a Qualcomm Snapdragon 600 quad core processor running at 1.7Ghz. At 1.7GHz the Snapdragon 600 processor in the LG Optimus G Pro isn’t the fastest processor out there, for example the Samsung Galaxy S4 features a 1.9GHz quad core processor, but it’s still going to be more than enough processor. The screen resolution saw some improvement as well as the screen size. The Optimus G has a resolution of 768 x 1280 while the Optimus G Pro features a full 1080p resolution of 1920 x 1080. The screen size also went up, from 4.7″ to 5.5″, this also led the overall dimensions to climb from 5.15″ x 2.82″ x 0.33″ (HxWxD) to 5.91″ x 3.00″ x 0.37″ (HxWxD).

There are a number of apps in the LG Optimus G Pro that add to the experience of using the LG Optimus G Pro. With applications like VuTalk, QuickRemote 2.0, QSlide 2.0, QuickMemo, and Miracast just to touch on few there’s a lot key points about the LG Optimus G Pro. VuTalk is a neat little app that allows you to share notes on pictures, maps and more while you’re on a phone call, I can see this as being handy when you’re giving somebody directions or many different situations. QuickRemote 2.0 is exactly what it sounds like, a remote built into the LG Optimus G Pro that you can control compatible devices with (at least if this remote goes missing you can call it to find it). QSlide 2.0 is a app that allows you to color code you itineraries and according to LG QSlide 2.0 is a vacation multitasking pro!

The LG Optimus G Pro is available on AT&T’s 4G LTE network, so bandwidth isn’t going to be a problem in the least. AT&T has Wi-Fi hotspots all over the place which you’re always able to connect to when you’re out and about. If you’re at home you’re able to connect to you home Wi-Fi network at 802.11 A/B/G/N speeds for the ultimate bandwidth. Though in the past I’ve had faster connections over the AT&T 4G LTE network where I’ve hit nearly 50MB/s download, nearly double the speeds of my Comcast Cable internet!