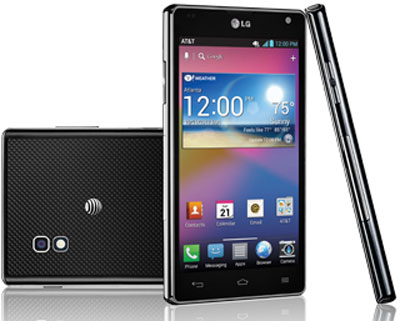 LG is getting ready launch their latest smart phone, the Optimus G. There is little about the LG Optimus G that isn’t cutting edge. At the heart of the LG Optimus G resides the Qualcomm Snapdragon S4 Pro quad-core processor that tops out at 1.5GHz with 2GB of system RAM! The Screen which is the window into the soul of the LG Optimus G features a True HD IPS plus display with a resolution of 768×1280 that measures 4.7 inches. The top layer of the display is Corning Gorilla Glass 2 which is 20% thinner than the original, this helps to keep the LG Optimus G measuring only .33 inches thick while maintaining durability. 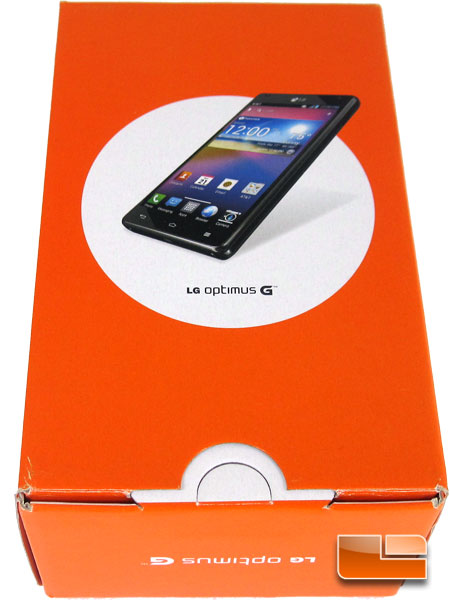 The LG Optimus G comes packaged in the traditional box from AT&T, at least ours did. The Optimus G is also going to be available from Sprint, as well as in different regions of the world. There are a couple of differences between ours and the others. For starters, the rear facing camera varies. The Sprint version of the LG Optimus G and others across the pond will be using a 13 megapixel camera, the AT&T Optimus G is only using an 8 megapixel camera. There is also a dimensional difference between the Sprint Optimus G and the AT&T Optimus G. The AT&T Optimus G is slightly wider by .11 inches (2.8mm) and .04 inches shorter (1mm). The Optimus G regardless of carrier measures only .33 inches (8.45mm) thick, roughly the same thickness of a typical BIC pen. 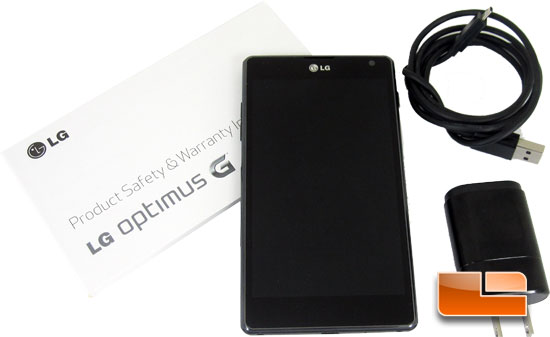 There isn’t much that comes inside the packaging for the LG Optimus G, though there isn’t much that is needed either. Obviously we have the phone, but we also have a product safety and warranty information booklet, wall charger, and a USB cable. What wasn’t realized until after the fact is that LG included a 16Gb micro-SD card inside the Optimus G as well 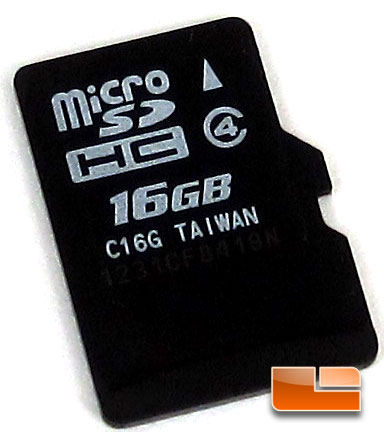 Taking a look at the included 16Gb micro-SD card that is included with the LG Optimus G, we can see that there is no branding on it and it is a class 4 card. Being a class 4 micro-SD card it isn’t going to have the fastest read and right speeds, but depending what you’re using it for it may suffice for you.