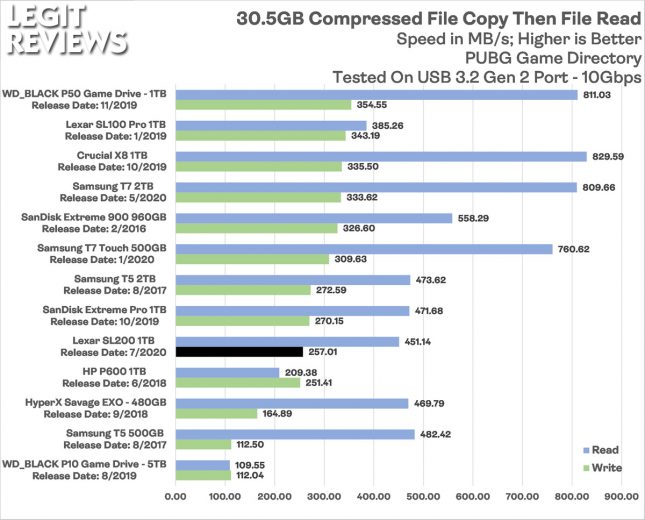 Benchmark Results: The Lexar SL200 1TB portable SSD actually did pretty well on this custom test as it finished with an average write speed of 257 MB/s write and 451 MB/s read. The older HP P600 1TB portable SSD features an older JMicron bridge chip that struggles to perform on our newer AMD X570 test platform, so the SL200 was able to move up as a result of that. 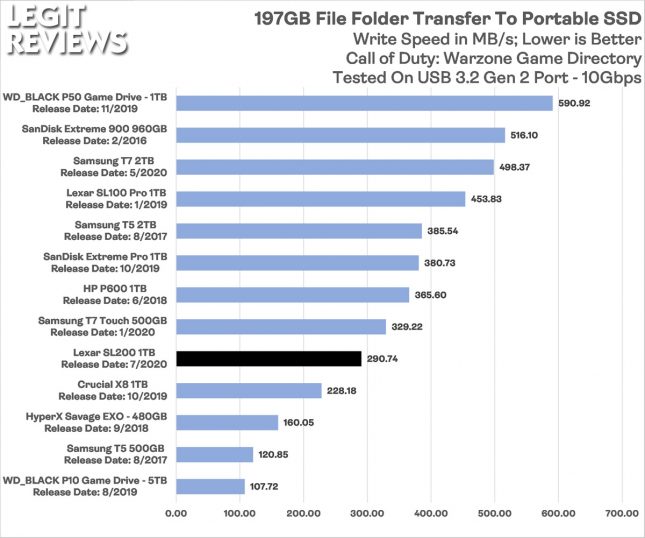 Our hardest test is to copy the entire the Call of Duty: Warzone game directory and to move it to the portable SSD. This file is just shy of 200GB in size and really hammers the portable SSD being tested as it is one long sustained write operation. Here the Lexar SL200 1TB drive does pretty well with an average speed of 290.7 MB/s. 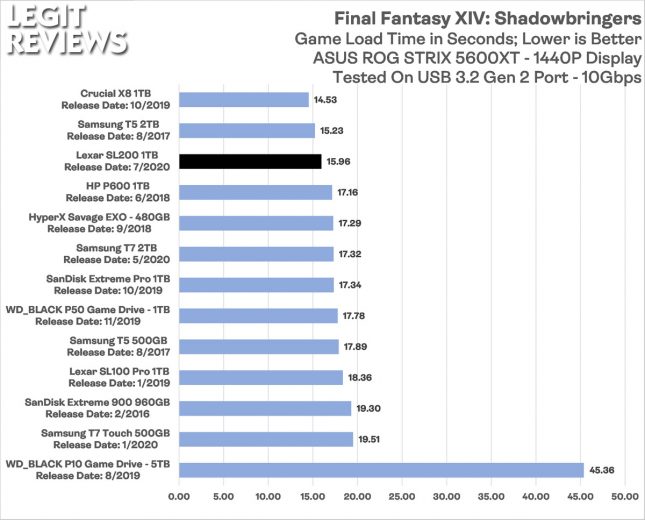 Benchmark Results: When it comes to game load times the Lexar SL200 1TB drive finished with an average load time of 15.96 seconds. This is the third fastest time of the dozen portable SSDs that we tested and was unexpected after seeing it finish near the bottom in nearly every performance test that we ran.