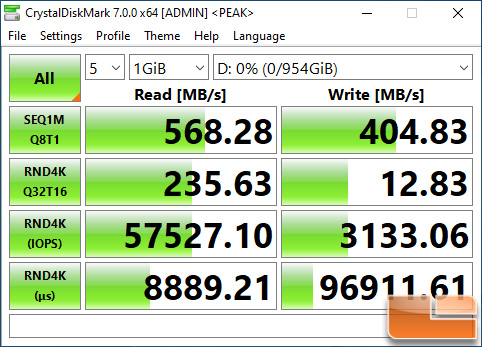 Benchmark Results: The Lexar SL200 1TB drive is rated at up to 550 MB/s read and 400 MB/s write speeds in CrystalDiskMark. On our specific test system we were able to reach 568 MB/s read and 405 MB/s write! This is slightly above the drives rated speeds!  This benchmark is great for ensuring that drives are able to hit their peak rated speeds. 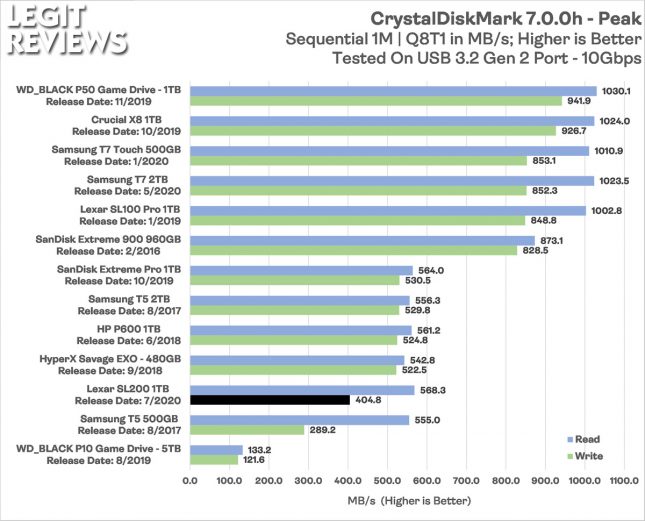 Benchmark Results: When compared to other portable USB drives the Lexar SL200 1TB has the highest sequential read speeds for any SATA III based drive, but the sequential write speed is lower than many competing drives. 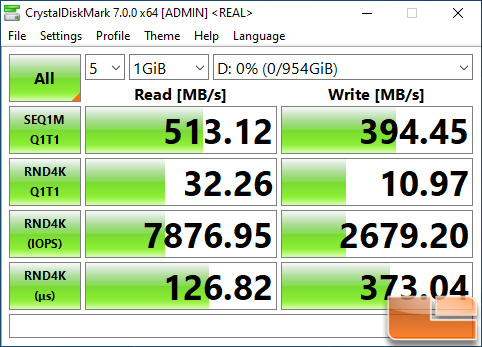 Benchmark Results: With the queue depth lowered to just one we found the Lexar SL200 1TB drive was capable of reaching 512 MB/s read and 394 MB/s write. 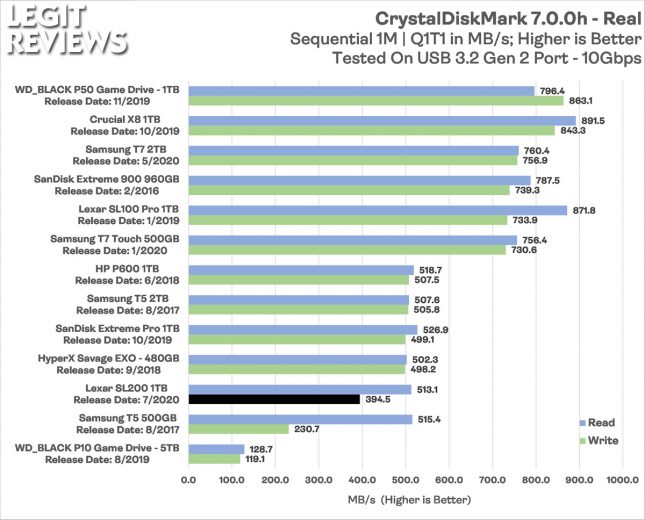 Benchmark Results: With the Queue Depth lowered to just one, the Lexar SL200 1TB performance pulled a bit on both sequential read/write workloads. 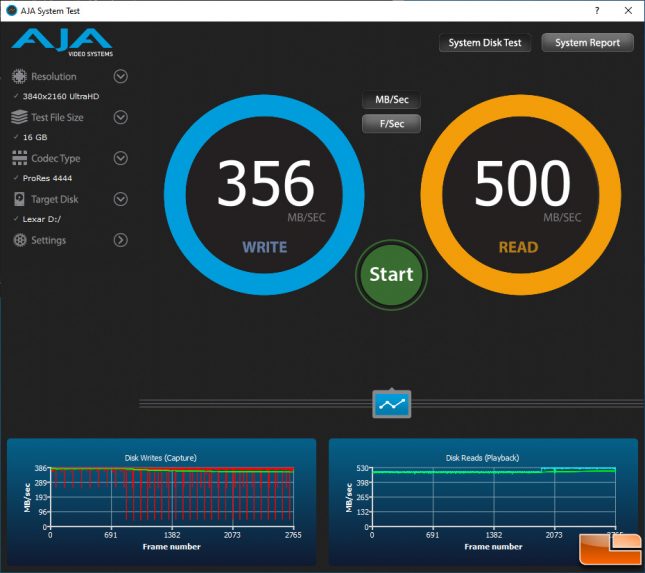 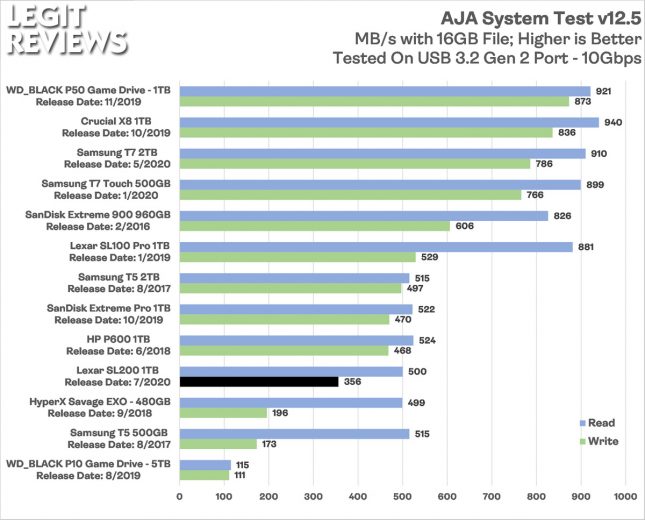 Benchmark Results: When compared to other portable SSDs the Lexar SL200 1TB drives low write speeds kept it at the bottom of the pack. 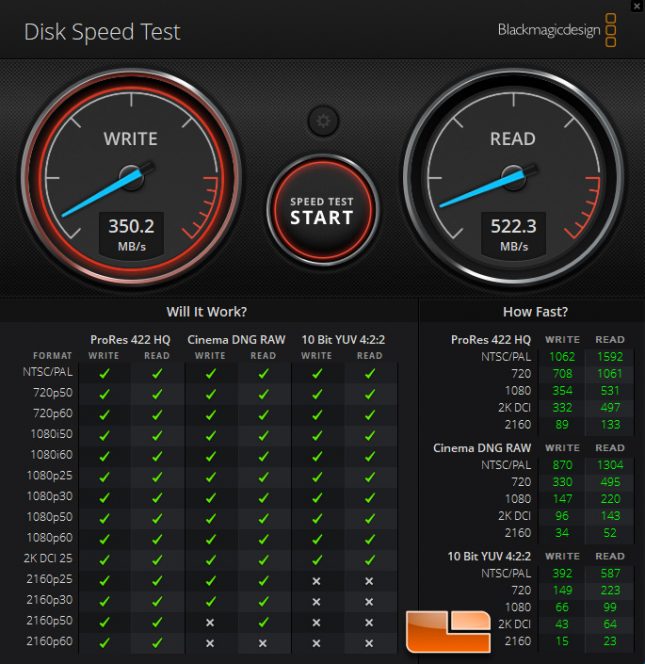 Benchmark Results: The Lexar SL200 1TB portable SSD topped out at around 522 MB/s read and 350 MB/s write on the Disk Speed Test by Blackmagic. The results show that the SL200 should work great on 720P, 1080P and some 4K content. The SL200 is capable of running 2160p60 content using the Apple ProRes 422 HQ compressed codec, but struggles to run Cinema DNG RAW at higher frame rates at 4K. It is shown as not capable of running 10-bit YUV 4:2:2 video content at 4K as it is getting 15 FPS write and 23 FPS read.