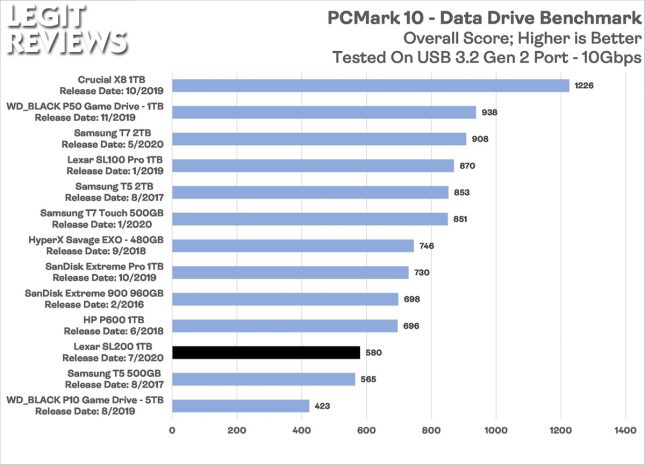 On the data drive benchmark the results had the Lexar SL200 finishing with an overall score of 580 points. This score again puts the Lexar SL200 near the bottom of the performance chart, which is where it has been for most of the benchmarks. 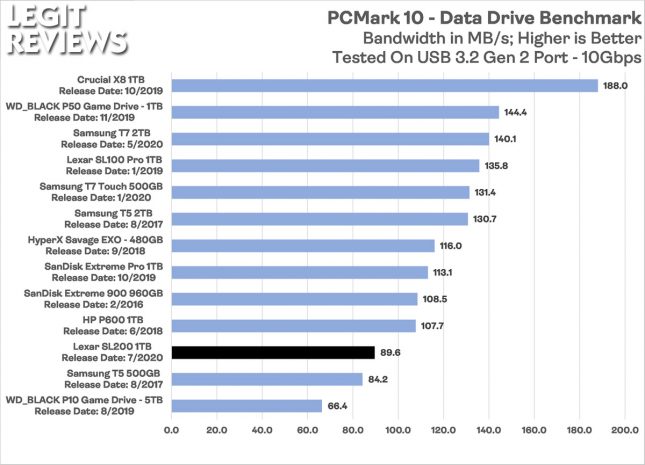 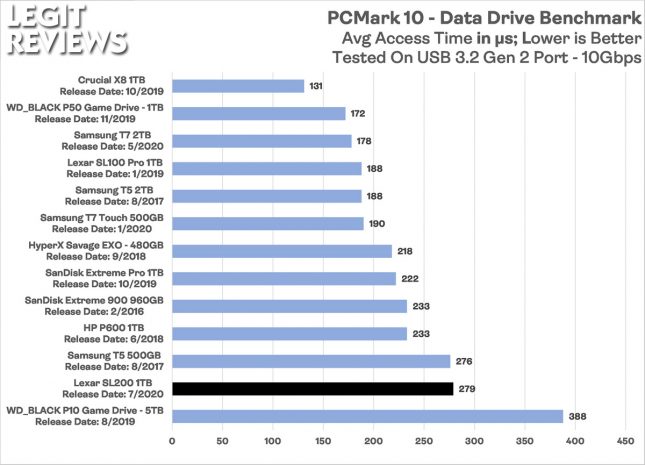