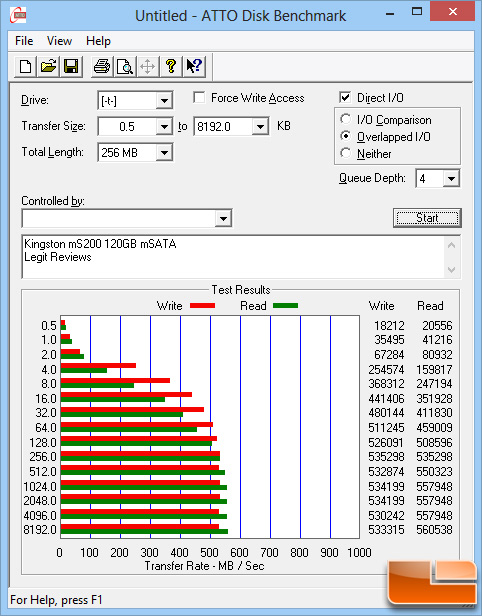 Benchmark Results: This is the performance we come to expect from the latest generation SandForce controller drives – reads and writes hitting well into  500MB/s territory with a consistent performance gain as file sizes increases until they max out. 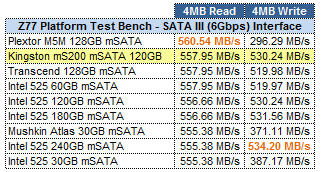 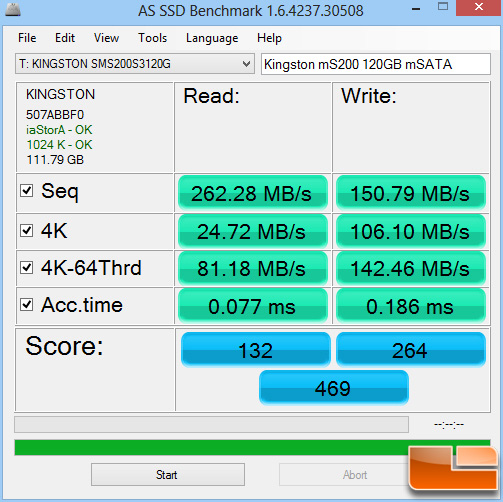 Benchmark Results: This is also typical of SandForce controlled drives where writes drop considerably when faced with data that is more or completely incompressible. In this case, we see that the reads also take a noticeable hit. 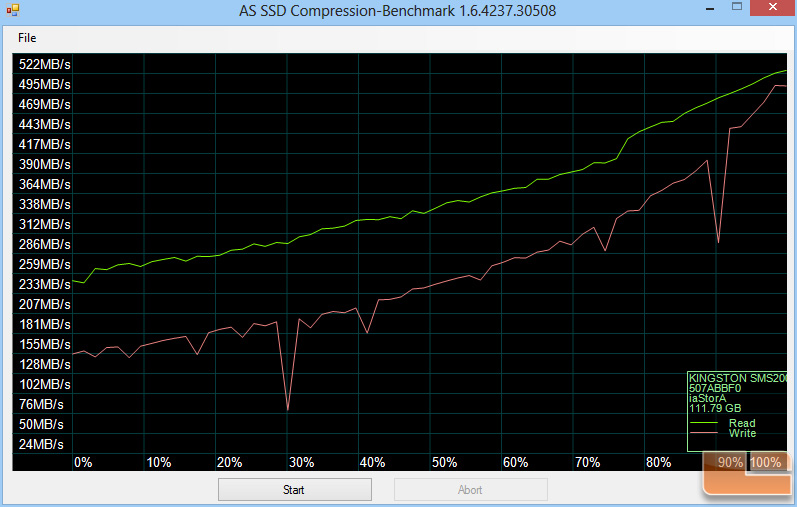 Benchmark Results: Usually we see the write performance increase in conjunction with data compressibility but on the mS200, we see a similar occurrence with the reads.