We wanted to include a newer game title as well, so Tom Clancy’s H.A.W.X. 2 was added in to see how it performed with these two memory kits. 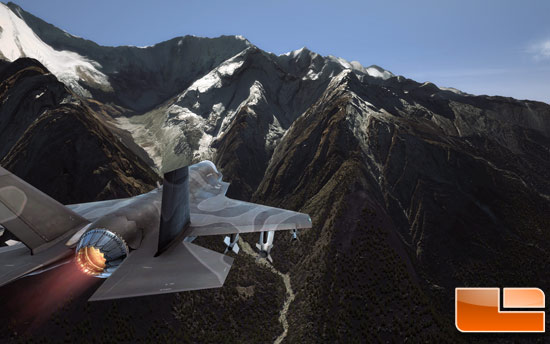 Aerial warfare has evolved. So have you. As a member of the ultra-secret H.A.W.X. 2 squadron, you are one of the chosen few, one of the truly elite. You will use finely honed reflexes, bleeding-edge technology and ultra-sophisticated aircraft – their existence denied by many governments – to dominate the skies. You will do so by mastering every nuance of the world’s finest combat aircraft. You will slip into enemy territory undetected, deliver a crippling blow and escape before he can summon a response. You will use your superior technology to decimate the enemy from afar, then draw him in close for a pulse-pounding dogfight. And you will use your steel nerve to successfully execute night raids, aerial refueling and more. You will do all this with professionalism, skill and consummate lethality. Because you are a member of H.A.W.X. 2 and you are one of the finest military aviators the world has ever known. H.A.W.X. 2 came out on November 16, 2010 for PC gamers. 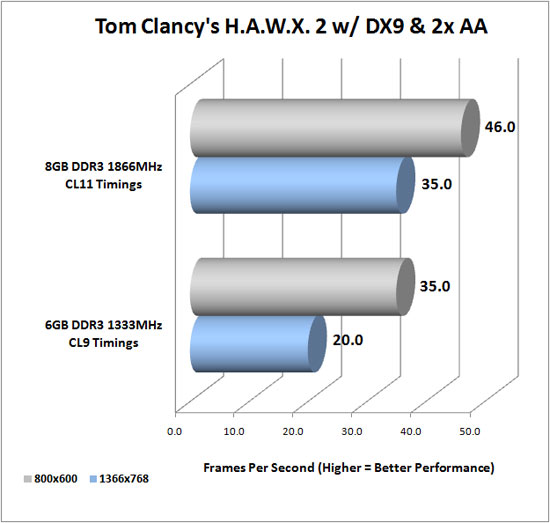 Benchmark Results: If you thought the benchmark results in Resident Evil 5 were amazing then you’ll also be amazed with our H.A.W.X. 2 results as they showed an even bigger difference! At a resolution of 1366×768 our ASUS K53E notebook with Intel HD Graphics 3000 was running just 20 FPS with the 1333MHz kit and by installing the Kingston HyperX Plug and Play 1866Mhz kit the FPS jumped up to 35FPS.  This is a 75% performance increase, so the graphics processor was definitely memory bandwidth limited at 1333MHz! Even at a lower resolution of 800×600 that puts more strain on the CPU and less on the GPU saw a 31% performance difference between just the memory kits. 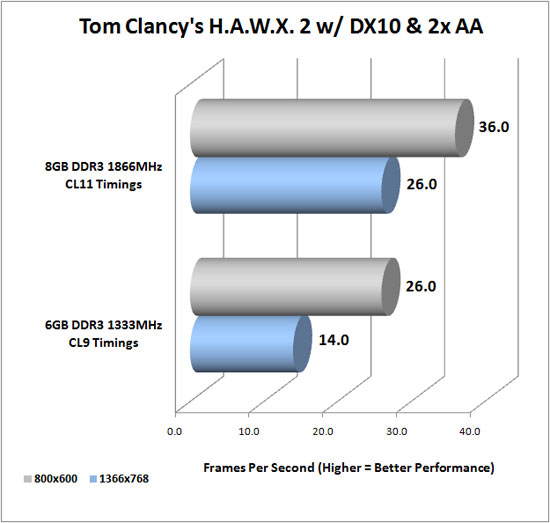 Benchmark Results: When we fired up the game in DX10/DX11 mode we found that we were unable to enable DX11 terrain tessellation, but it’s running in full DX10 mode.  With the improved image quality the performance of the system took a an expected hit. The performance difference between the memory kits was still present though as we saw an 86% performance improvement at 1366×768. These results are amazing and unlike any we have ever seen since Legit Reviews began doing product reviews in 2002.