CINEBENCH is the free benchmarking tool for Windows and Mac OS based on the powerful 3D software CINEMA 4D. Consequently, the results of tests conducted using CINEBENCH 10 carry significant weight when analyzing a computer’s performance in everyday use. Especially a system’s CPU and the OpenGL capabilities of its graphics card are put through their paces (even multiprocessor systems with up to 16 dedicated CPUs or processor cores). The test procedure consists of two main components: the first test sequence is dedicated to the computer’s main processor. A 3D scene file is used to render a photo realistic image. The scene makes use of various CPU-intensive features such as reflection, ambient occlusion, area lights and procedural shaders. In the first run, the benchmark only uses one CPU (or CPU core) to ascertain a reference value. On machines that have multiple CPUs or CPU cores, and also on those who simulate multiple CPUs (via HyperThreading or similar technologies), MAXON CINEBENCH will run a second test using all available CPU power. Again, higher Frames/Second and lower rendering time in seconds equal better performance. 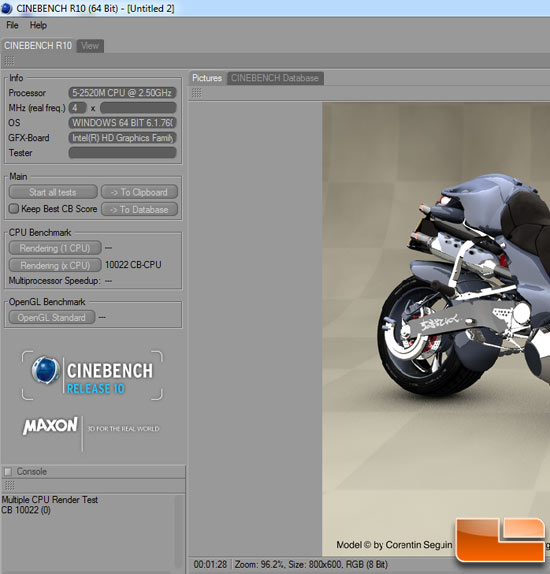 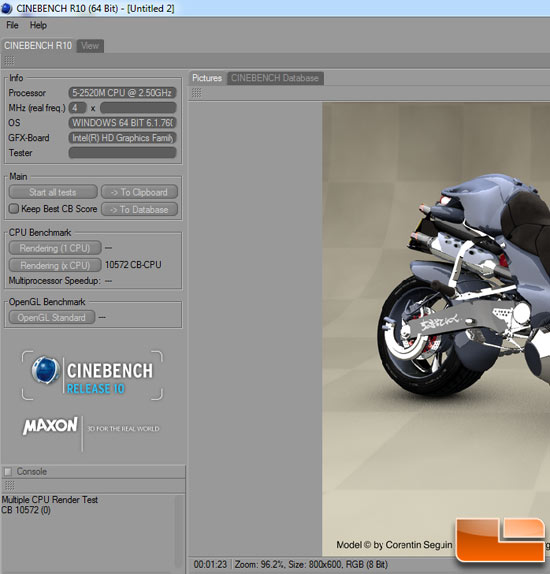 Results: Running Cinebench R10 in 64-bit mode showed that the move from the DDR3 1333MHz to the DDR3 1866MHz HyperX kit by Kingston helped this CPU intensive benchmark as the score went from 10,022 to 10,572, which is a 5.5% difference on a benchmark that doesn’t depend that greatly on memory bandwidth. Notice that it took 88 seconds to complete the benchmark with the 1333MHz modules and 83 seconds with the 1866MHz modules.