We’ve had some people ask for AIDA64 linear write tests to be done, so we fired that utility up to see how the Intel SSD DC P4510 2TB and 8TB drives do with longer sustained writes. 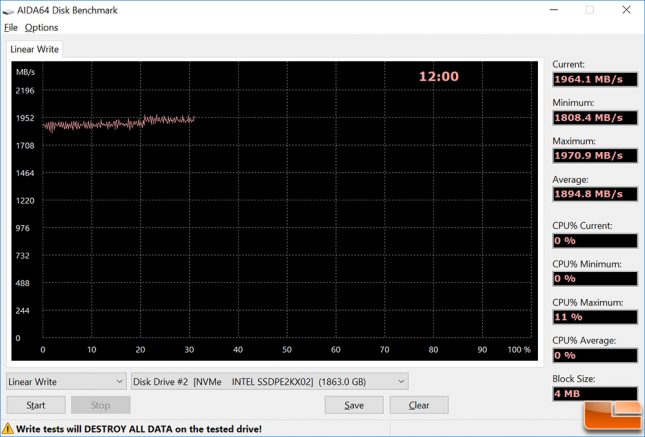 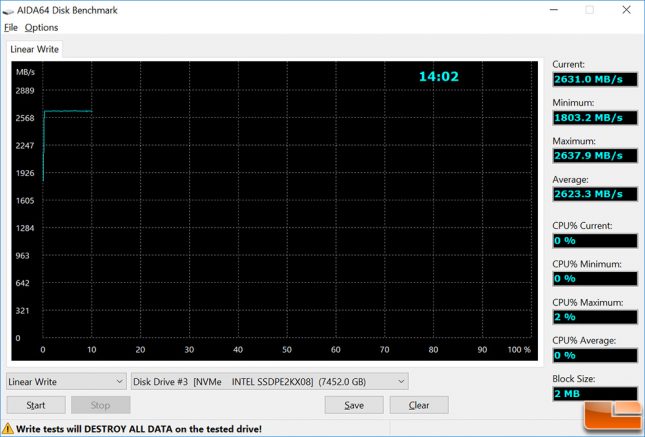 We left the block size on auto and it selected 4MB on the 2TB drive and 2MB on the 8TB drive for this test. Performance started out at around 1800 MB/s and actually increased on the 2TB drive. The lowest write speed in this test was observed being 1808 MB/s with the highest being 1971 MB/s. On the larger 8TB drive we started out at 1800 MB/s again, but performance jumped up to around 2600 MB/s after a few seconds. The average speed to write 800 MB of data to the 8TB drive was 2623 MB/s! Impressive performance numbers for sustained writes.