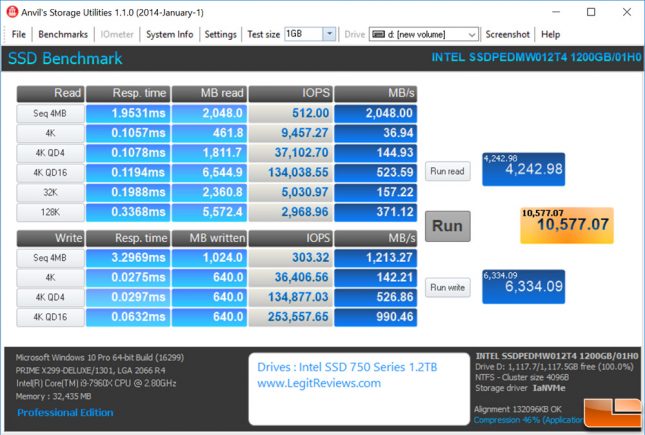 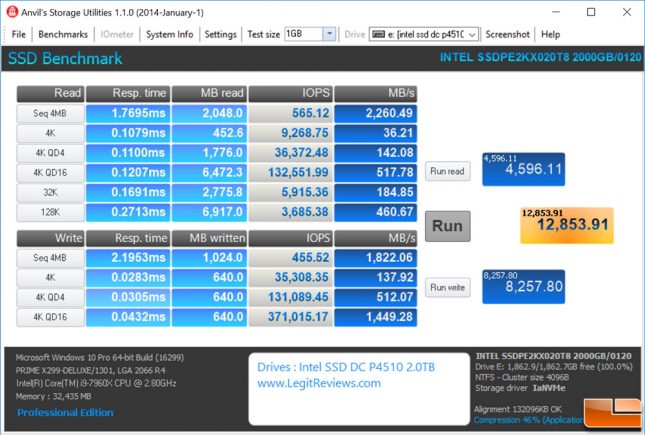 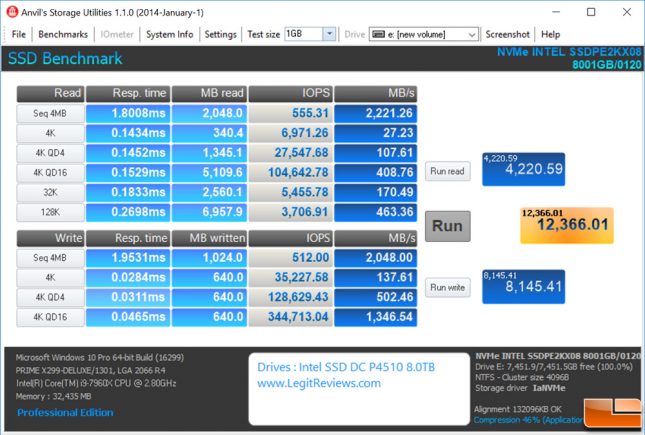 Benchmark Results: With the compression at 46% to help mimic real world applications better we found Intel SSD DC P4510 2.0TB drive coming in with an overall score of 12,854 points and the larger 8.0TB model coming in just behind that with a score of 12,366 points. 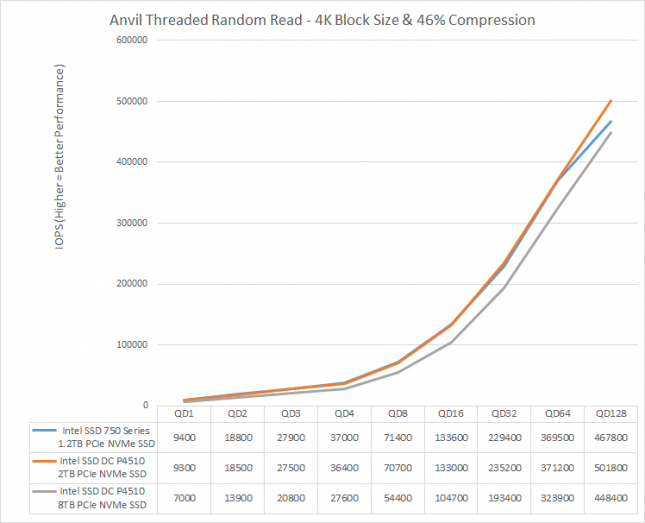 Benchmark Results: The 4K Random Read performance on the Intel SSD 750 Series 1.2TB drive and the Intel SSD DC P4510 2TB drive were actually pretty close to one another. Our P4510 8TB drive had lower 4K random read performance across the board and topped out at just shy of 450,000 IOPS at QD128. 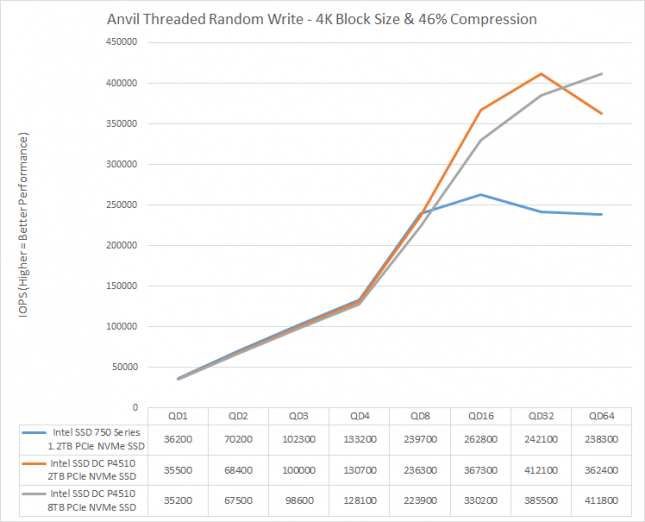