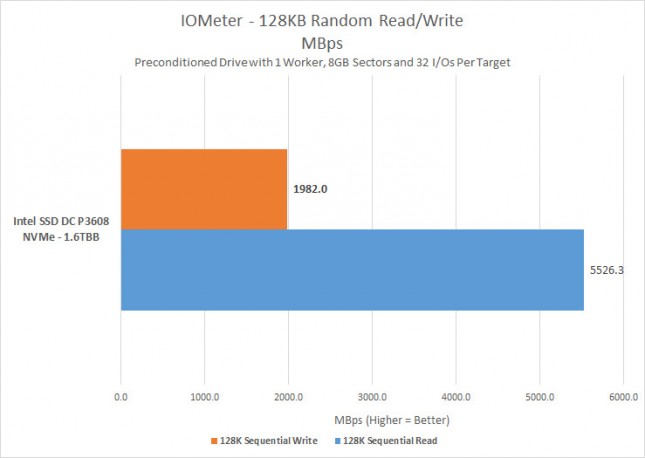 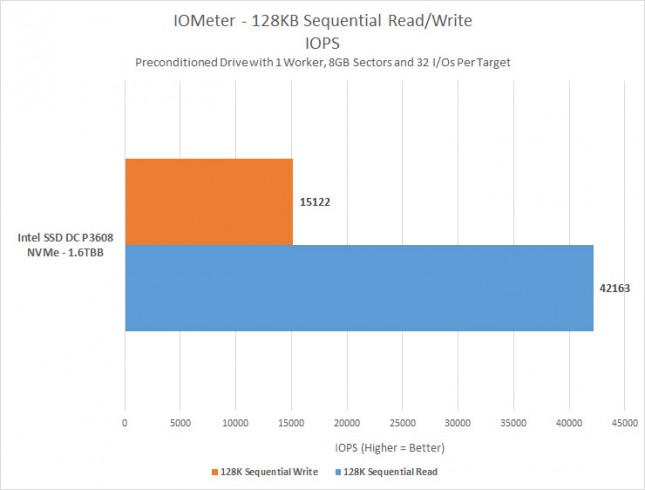 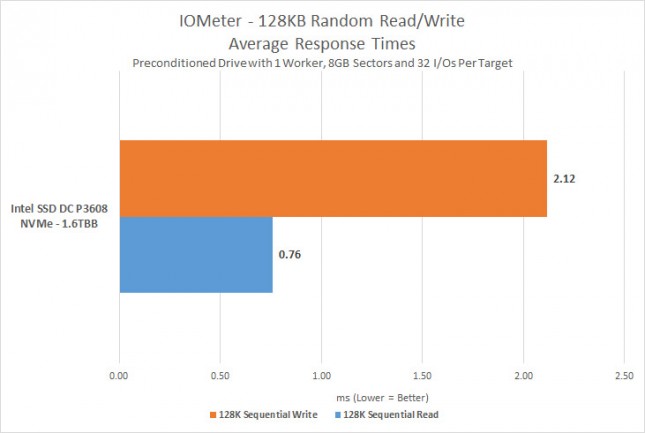 Having high IOPs per second is generally considered good, but you also look at the latency when interpreting the results. Just because the IOPs are high it might not mean that the data is being delivered at a reasonable latency and this could cause for a poor user experience. The DC P3608 1.6TB drive was found to have just 2.1 ms write and 0.8 ms read on the average response times, which is excellent! 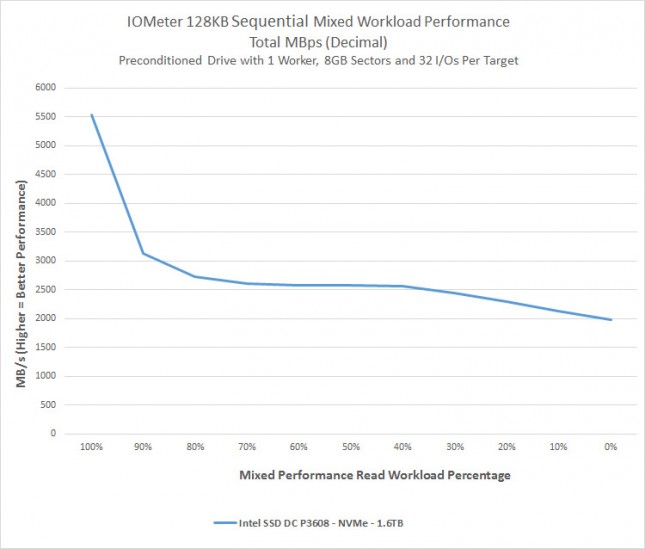 Let’s take a look at power and wrap this up!