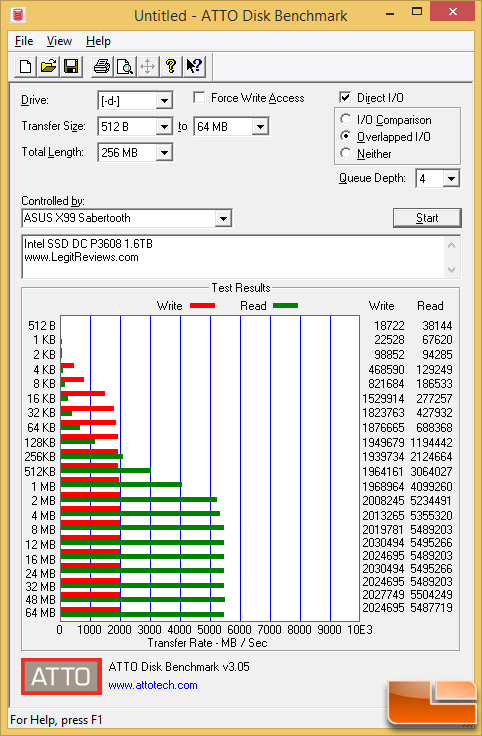 Benchmark Results: ATTO showed HyperX Savage 240GB drive maxing out at 5,504 MB/s read and 2,030 MB/s write in the standard overlapped I/O benchmark. Intel rates the DC P3608 1.6TB drive as having up to 5,000 MB/s read and 2,000 MB/s write with regards to sequential performance, so it looks like those ratings are slightly conservative. 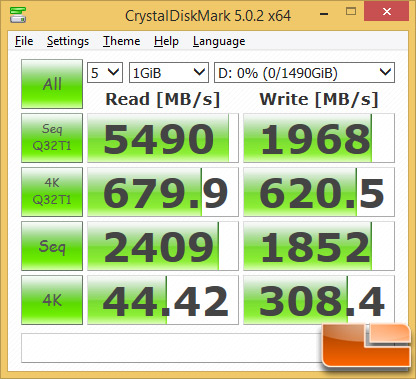 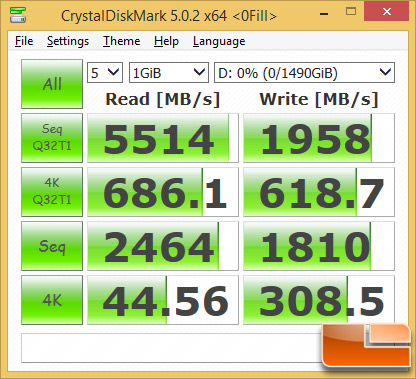 Benchmark Results: The Intel SSD DC P3608 1.6TB drive topped out at 5490 MB/s read and 1968 MB/s write on the sequential test when we ran the drive on the CrystalDiskMark storage test with the default settings. The 4K scores were right at 44 MB/s read and 308 MB/s for the write speed. The incompressible data test is representative for the performance you’ll see when moving around movies, music and photographs. We also ran the 0Fill test and found that the sequential and random read/write performance of the drive essentially remained the same..