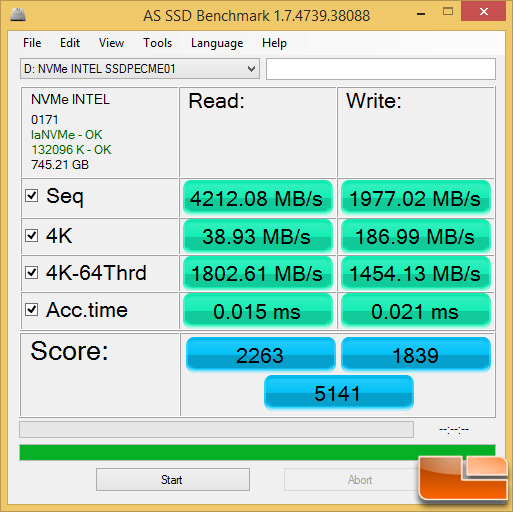 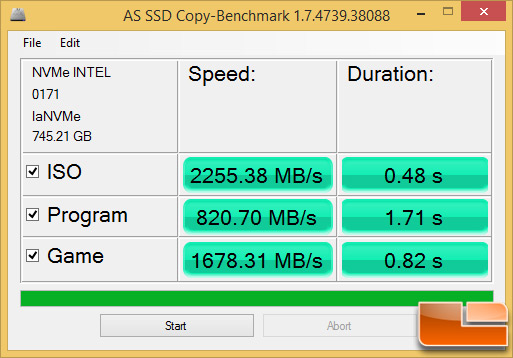 Benchmark Results: The copy benchmark test results were amazing with around 2255 MB/s for the ISO test, 821 MB/s for the Program test and finally 1,678 MB/s for the Game test. 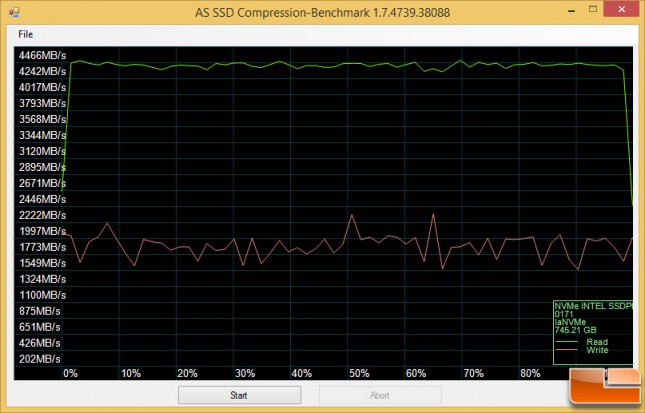 Benchmark Results: For this benchmark chart you would ideally want to see a straight line as you don’t want any compression performance loss as the test goes from 0% compressible to 100% compressible data during the benchmark test period. Performance on the Intel SSD DC P3608 Series 1.6TB drive was pretty flat on the read test, but the write test jumped around between 1550 MB/s and 2222 MB/s. as you can see from the screen shot above.