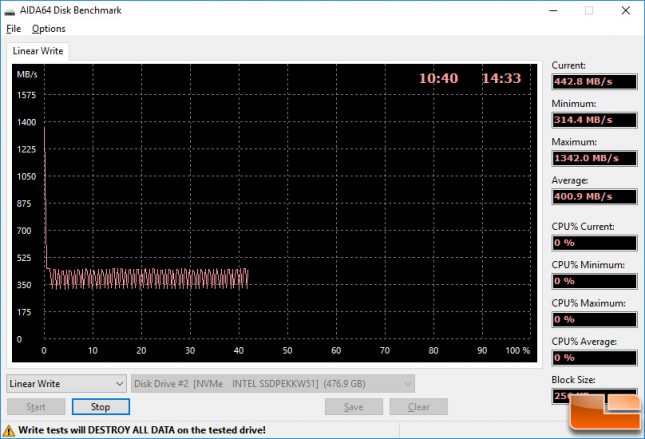 We left the block size on auto and it selected 256KB for this test. Performance started out at around 1340 MB/s and then jumped up to fell to around 400 MB/s after the drives SLC cache was full and it was writing directly to the TLC NAND Flash. The lowest write speed in this test was observed being 314.4 MB/s. 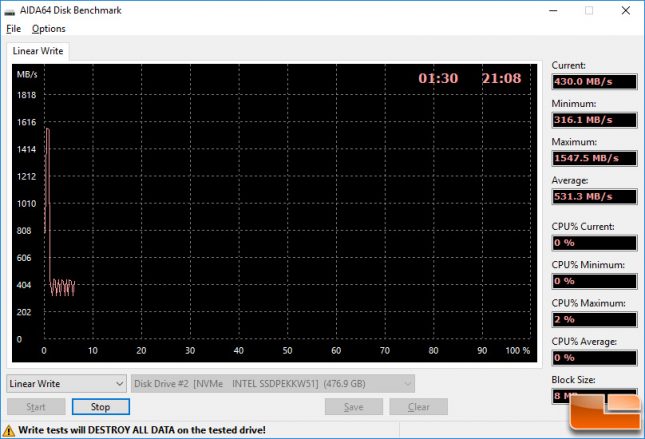 We noticed that most of the recent PCI NVMe drives that we tested were done at the 8MB block size, so we manually set it there and re-ran the benchmark. The 760p peaked at almost 1550 MB/s write this time, but fell back to the 400 MB/s range with the low being 316.1 MB/s. 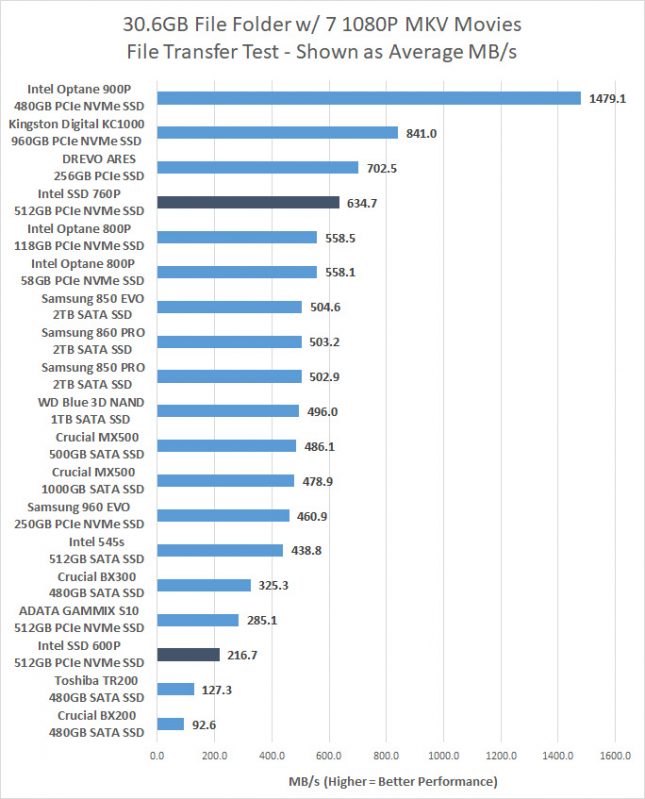 Despite the poorer than expected performance in the AIDA64 linear write test we found that the 760p did very well having the movie directory copied over to the drive. It averaged 634.7 MB/s for this task, which is the fourth fastest of the drives that we have recently tested. The Intel SSD 600p 512GB drive completed this test in 216.7 MB/s, so we are seeing almost a 3x improvement here.