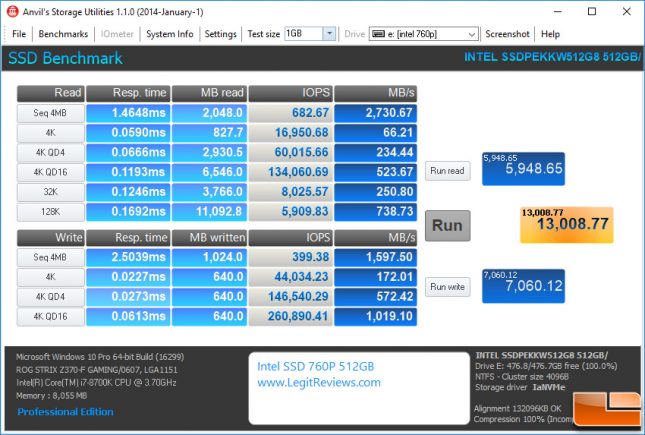 Benchmark Results: The Anvil SSD Benchmark showed that with 100% compression (incompressible data) the Intel SSD 760p 512GB drive had an overall score of 13,008.77 points. The drive topped out at 2,731 MB/s read and 1,598 MB/s write speeds on the sequential performance test with 4MB file sizes. 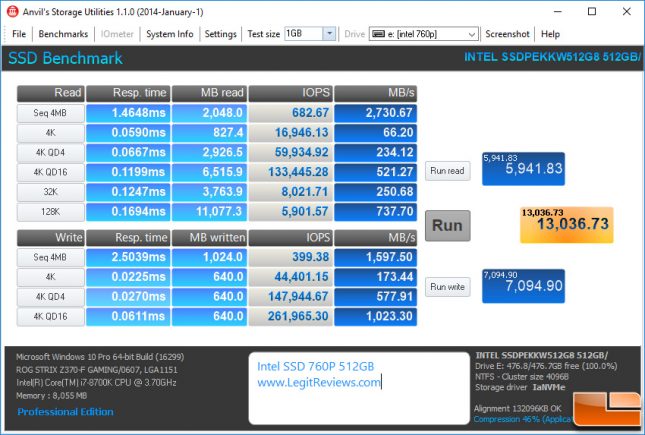 Benchmark Results: With the compression at 46% to help mimic real world applications better we found the overall score actually ticked up slightly to 13,036.73 points. 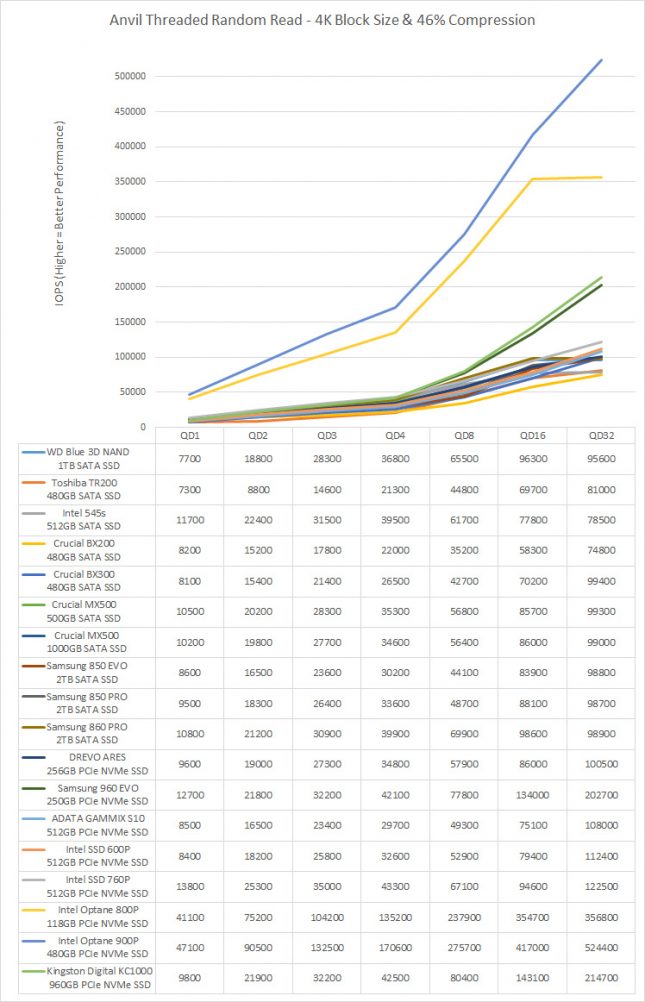 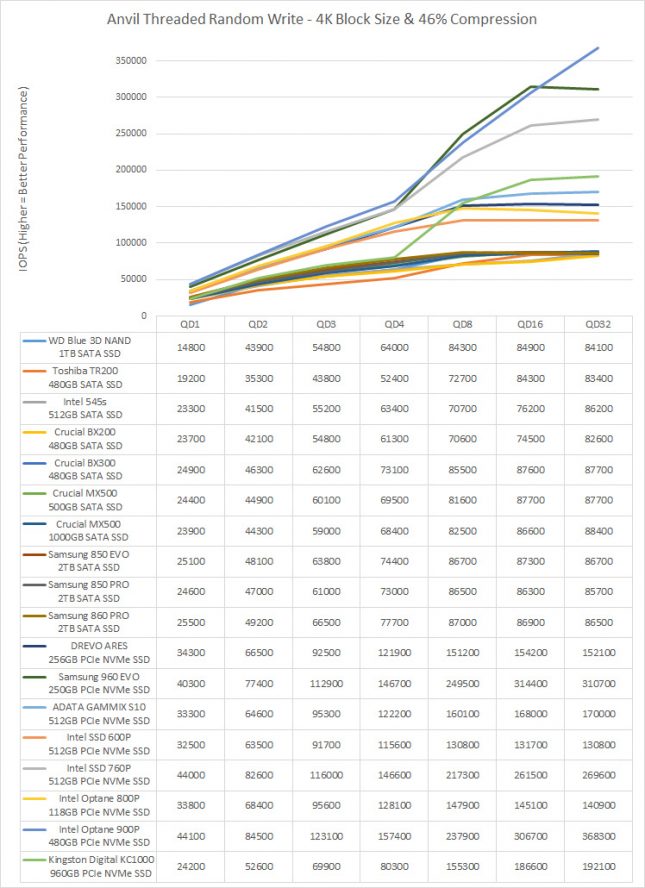