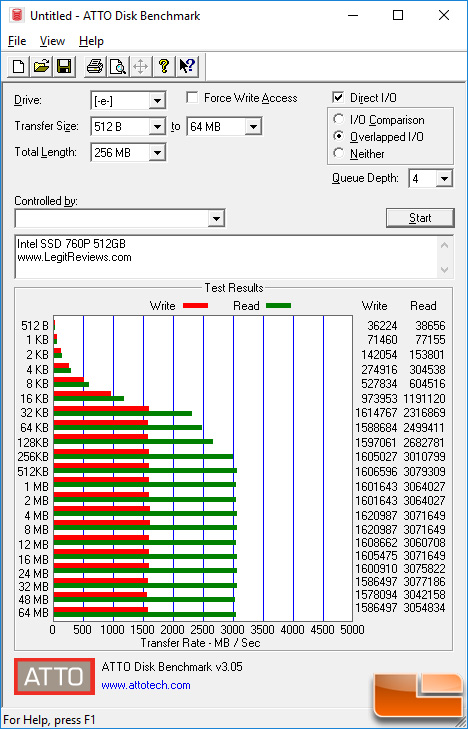 Benchmark Results: ATTO showed the Intel SSD 760p 512GB PCIe NVMe drive reaching speeds of up to 3079 MB/s read and 1621 MB/s write in the standard overlapped I/O benchmark. Intel has this drive rated at up to 3230 MB/s max sequential read and 1625 MB/s max sequential write, so we came up just shy of those numbers on our Intel Z370 based test platform. 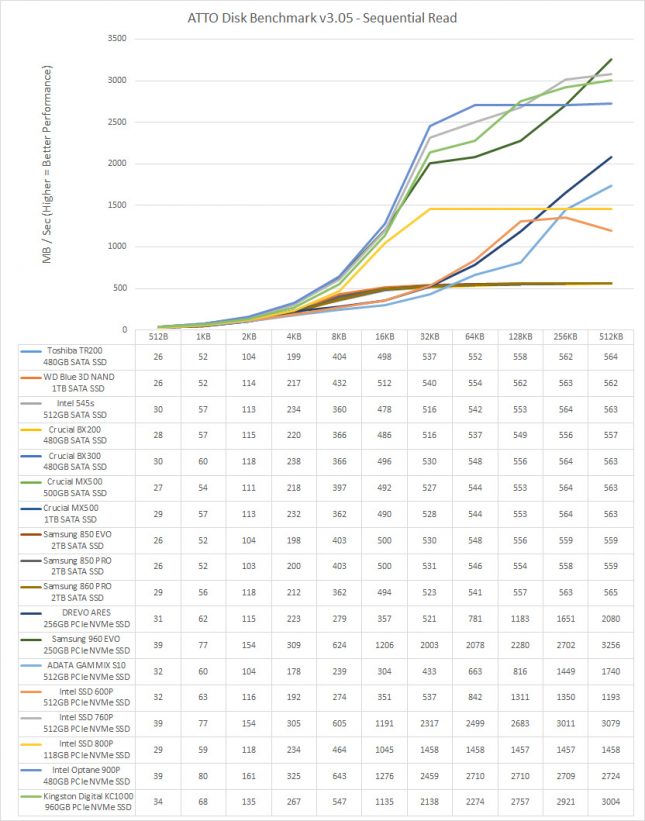 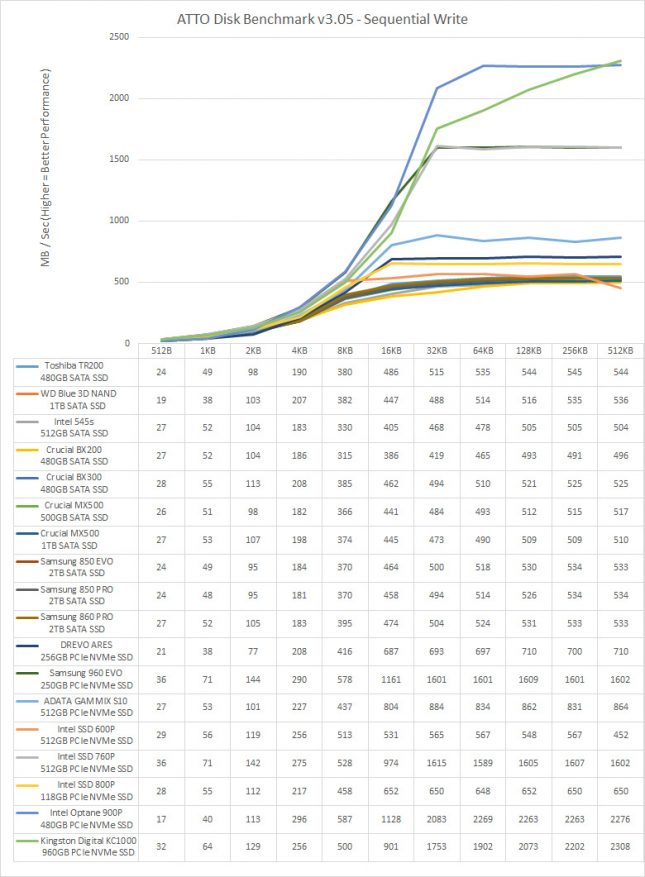 Benchmark Results: Once again the Intel SSD 760p massively out performs the Intel SSD 600p and was close to the Samsung 960 EVO series at all block sizes except 16KB. 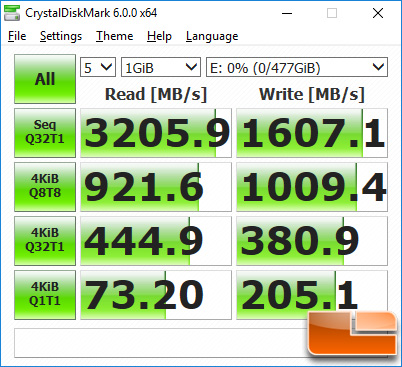 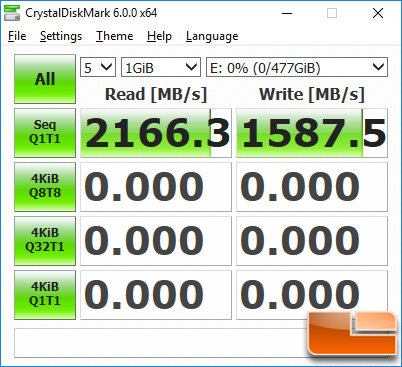 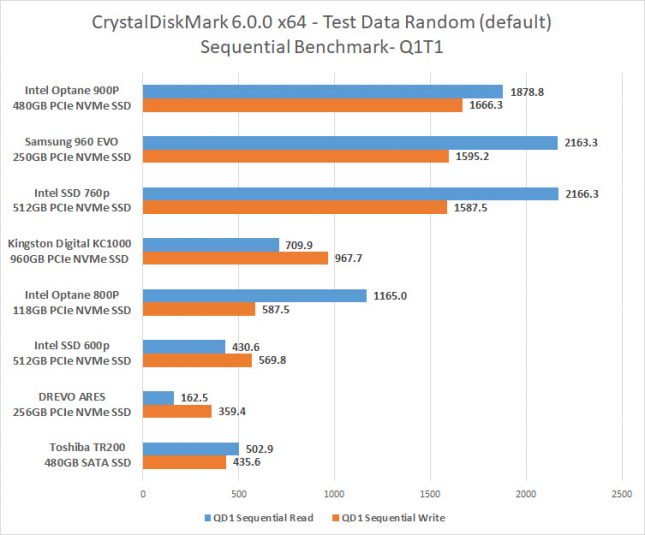 If you chart those numbers against some of the drives we have recently tested you’ll see the Intel SSD 760p has higher QD1 performance than the more expensive Intel Optane SSD 800P 118GB drive. In fact, it is even faster on QD1 sequential reads than the flagship Intel Optane 900P 480GB drive. Amazing!