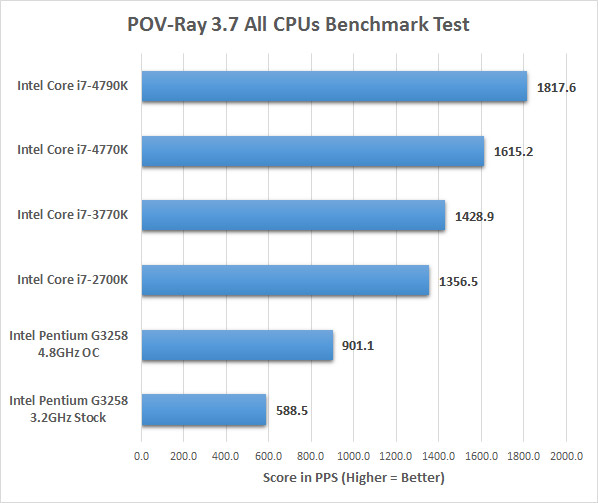 Benchmark Results: The Intel Core i7-4790K Devil’s Canyon processor tops the chart when it comes to the POV-Ray multi-CPU benchmark with a score of 1817.6 PPS. The Intel Pentium G3258 comes in with a score of 588.5 PPS with stock clock speeds and with the multiplier bumped up to 48 we were able to get 901.1 PPS, which is a solid 53% performance increase.