The Intel Pentium G3258 20th Anniversary Edition processor was released to the public this week and Legit Reviews have been waiting for weeks to pick this processor up. Why have we been highly anticipating a low-end Intel Pentium processor? Well, we remember the old days when you could get massive overclocks on inexpensive processors and get some decent performance out of them. The days of using a pencil or rear window defogger kit to get a sick overclock are certainly a thing of the past, but that doesn’t mean that there still aren’t budget friendly processors that can be overclocked to the hilt. When Intel announced that they were coming out with a Pentium Processor Anniversary Edition processor we were excited. The thought of a cheap processor that was unlocked was no longer going to be a thing of a past that old timers reminisce about at LAN parties or to friends. The Intel Pentium G3258 20th Anniversary Edition processor has been released and it will be the budget overclocking champion for the DIY PC enthusiast of this generation! 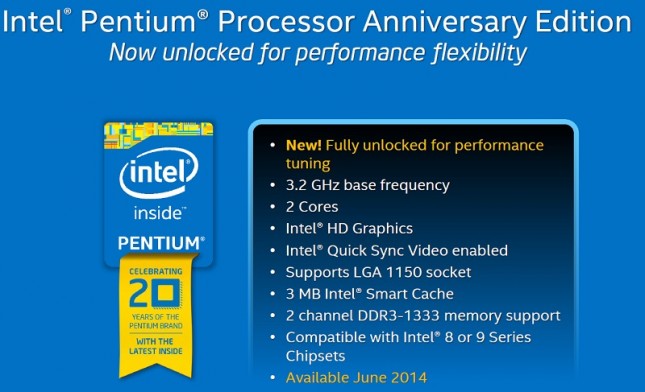 The Intel Pentium G3258 processor (Intel ARK) is an unlocked Dual-Core, 3.2GHz processor with 3MB of cache. This is a basic 22nm Haswell processor that has entry level Intel HD Graphics (up to 1100MHz) with Intel Quick Sync Video enabled. The bad news is that it is a basic processor. That means it lacks Intel Hyper-Threading, Turbo Boost, Intel Clear Video HD, vPro, VT-d technologies along with the AES and TSX-NI instruction sets. 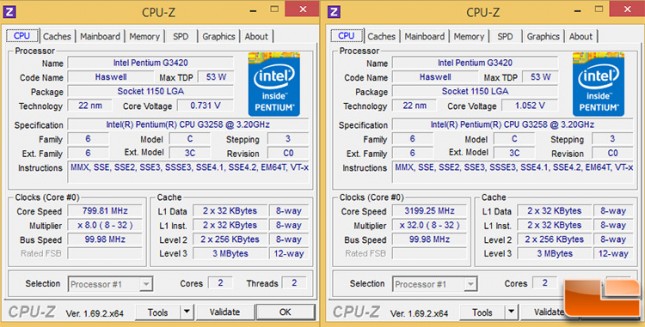 The key selling point of this specific processor is that it has an unlocked multiplier and it is the only Intel Pentium processor that is currently on the market to be unlocked. 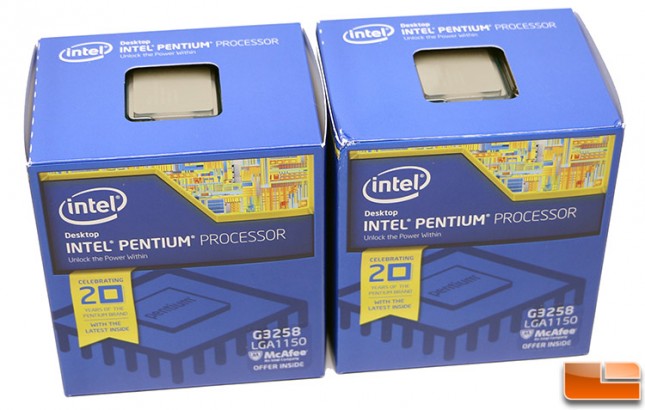 We were able to purchase two of them up at Micro Center locally when they were on a pre-order special for $59.99 plus tax. This meant that we were out the door for $65 each, which is a great price and below the Intel suggested tray pricing. If the Intel Pentium G3258 can get close to hitting 5GHz like the rumors say that would almost be a steal! Amazon currently has the Pentium G3258 in-stock, but they want $89.99 shipped for it right now. The product code for this retail boxed LGA1150 processor is BX80646G3258. 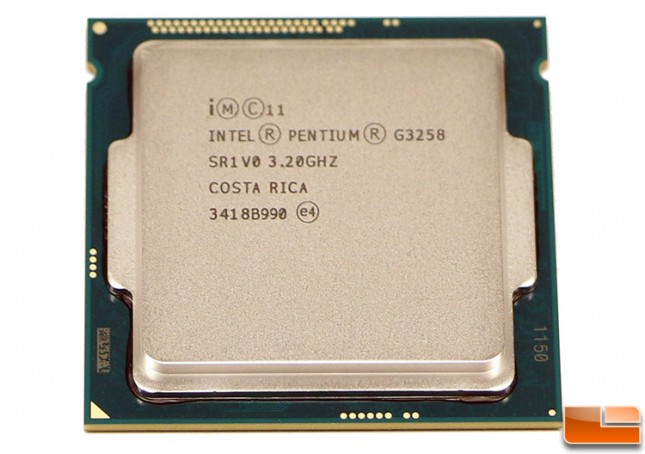 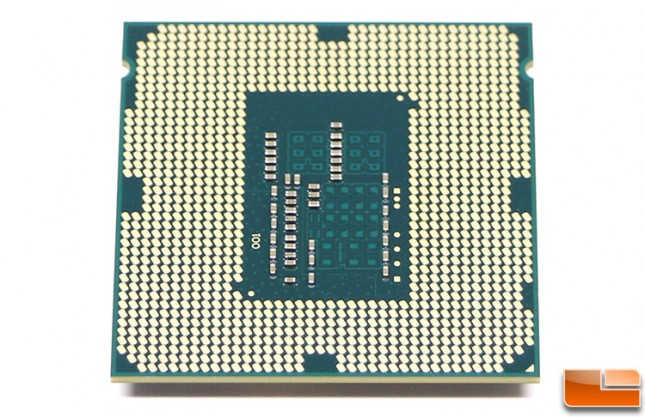 Flipping the processors over you can see that the Intel Pentium G3258 has the usual capacitors that reside in the middle around the pins needed to operate in an LGA1150 socket.

Intel includes a small CPU cooler or HSF with the Intel Pentium G3258 processor. The part number is E97378-001 and this particular model uses a Delta Fan (DTC-DAA14). This HSF supports processors up to 95W TDP, so it should handle the 53W TDP Intel Pentium G3258 processor without any issue (unless you overclock it and then you’ll want an aftermarket air or water cooler). Here are the specs the included CPU Cooler: 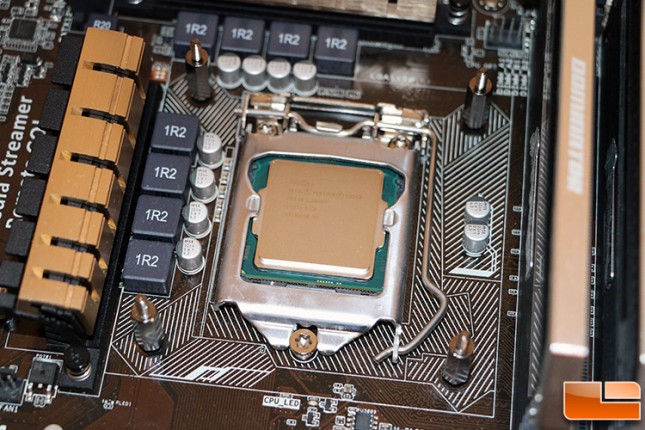 Let’s take a look at how the Intel Pentium G3258 20th Anniversary Processor performs in our Intel Z97 test platform!