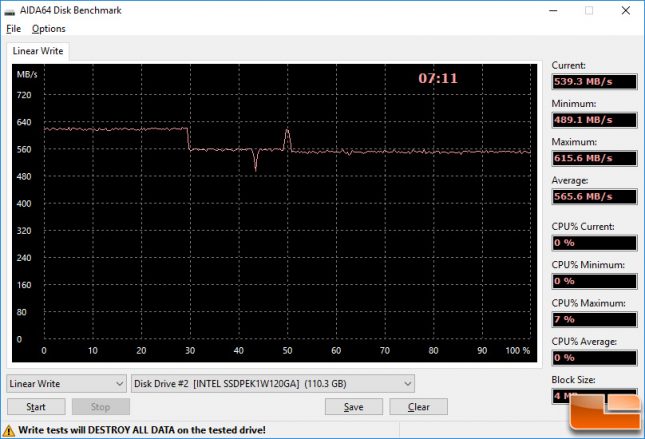 The performance drop was unexpected, but was likely due to the fact we had another utility open to monitor drive temperatures. We’ll go back and re-test at a later date. 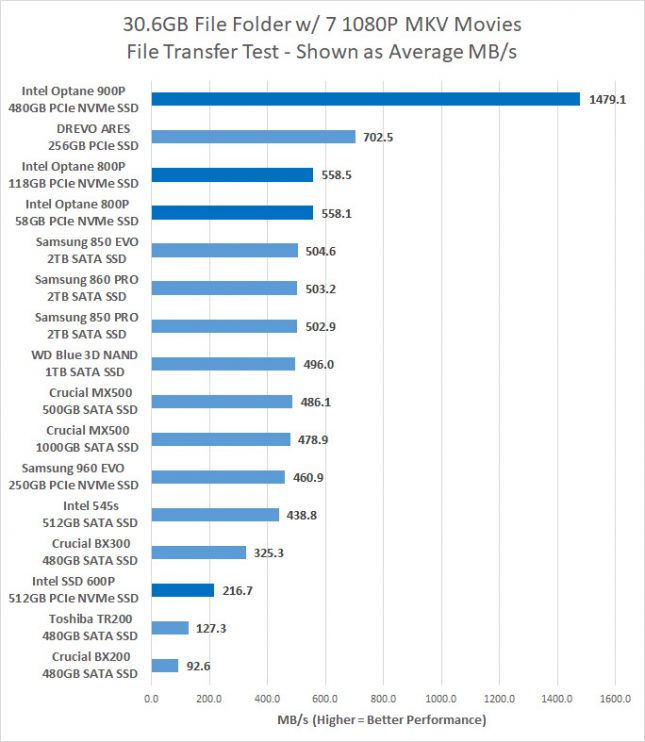 The Intel Optane SSD 800P 118GB finished this test with a speed of 558.5 MB/s. No where near the blistering 1479 MB/s seen on the Intel Optane SSD 900P 480GB, but still faster than any SATA III SSD. It would be nice to see sequential write speeds a little faster on the 800P series as budget PCIe NVMe drives like the DREVO ARES 256GB drive are able to beat it by a fair bit and cost half the price and have higher storage capacity. The Random Read/Write performance is amazing on the 800P series, but it feels like a normal SATA III SSD when you are moving around large game, movie or audio directories.