The readout on CrystalDiskInfo 7.5.2 shows that the Intel Optane SSD 800P Series supports S.M.A.R.T. and nothing else. The drives we received had firmware version K4110410 installed and that is the version that we used for general testing and benchmarking. 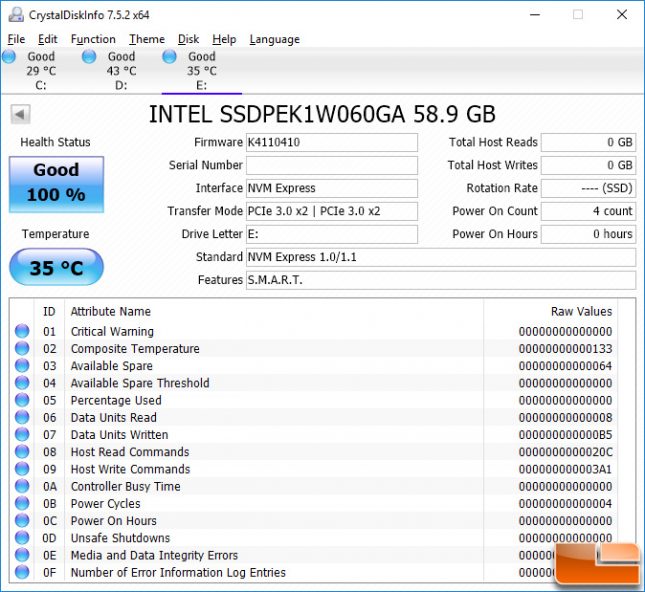 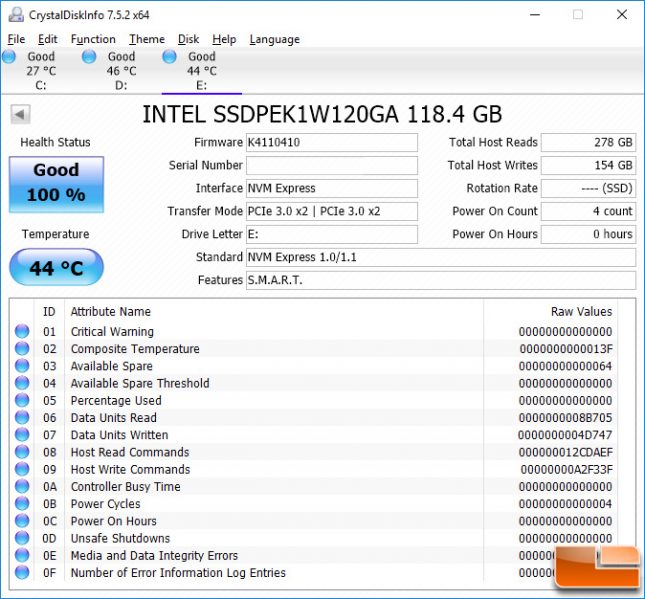 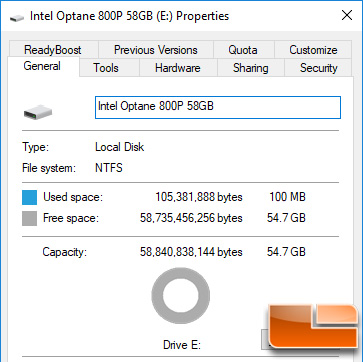 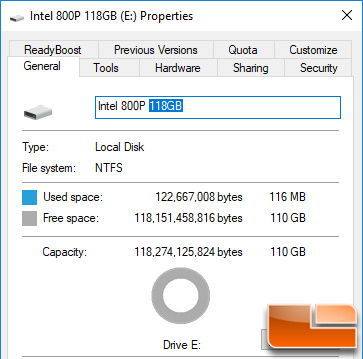 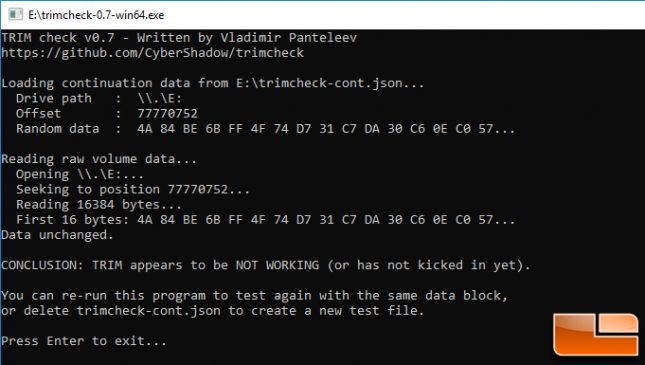 According to TRIMCheck v0.7, the Intel Optane SSD 800P does not execute the TRIM command correctly and this is okay. The new 3D XPoint memory on these drives performs just as good when they are full as they are empty. That means advanced garbage collection algorithms and TRIM commands are not needed to be used to keep the drive running its best. In fact, we have been told by Intel that it is never necessary to perform a secure erase (sanitary erase) on an Optane drive to restore degraded performance!

This is a big advantage for Optane 3D Xpoint based SSDs over NAND Flash based SSDs as they have steady state performance consistency.