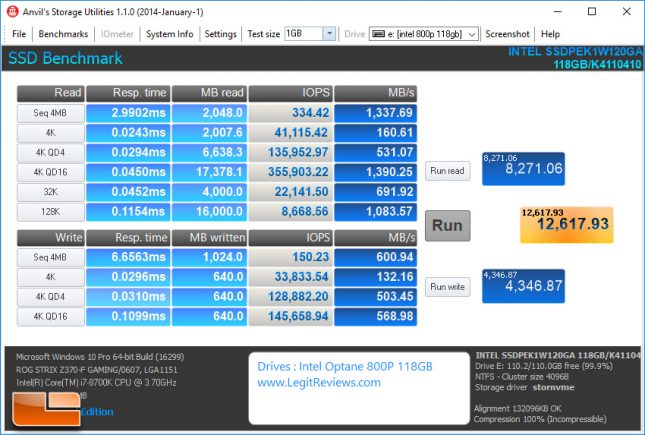 Benchmark Results: The Anvil SSD Benchmark showed that with 100% compression (incompressible data) the Intel Optane SSD 800P 118GB drive was able to achieve a score of 12,617.93 points. The drive topped out at 1,338 MB/s read and 601 MB/s write speeds when it came to the measured sequential performance test with 4MB file sizes. 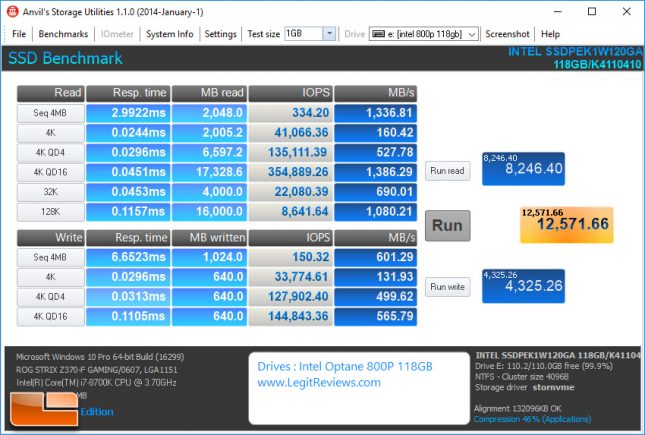 Benchmark Results: With the compression at 46% to help mimic real world applications better we found the overall score dropped just slightly down to 12,571.66 points. 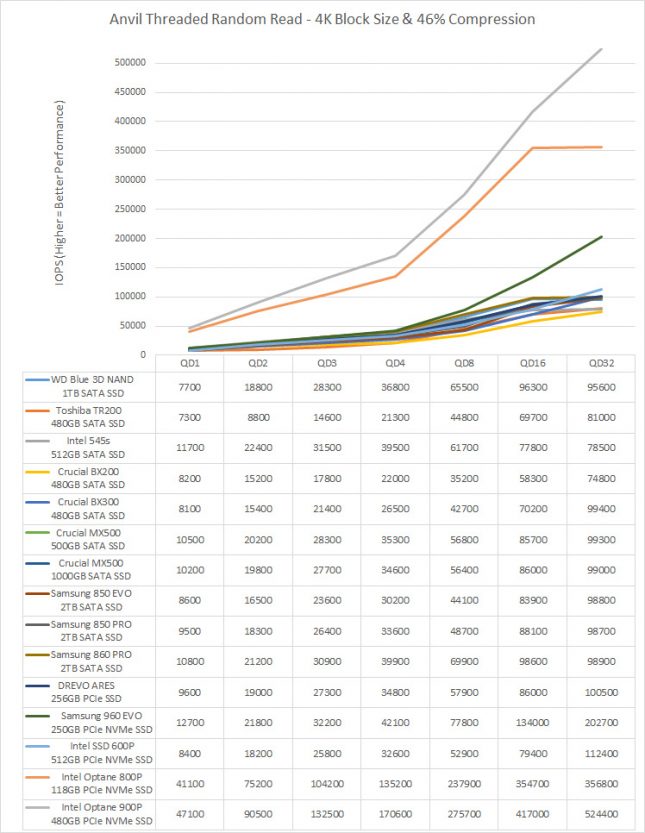 Benchmark Results: The Intel Optane SSD 800P and 900P series have hands down the best 4K Random Read performance. The QD1-QD4 is around 4-5x faster than most SATA III SSDs and PCIe NVMe SSDS. Low queue depth performance is great, but so is higher queue depth performance than you can see from the chart above. No other SSD that we have recently tested on the latest Intel Z370 platform can touch the Intel Optane SSD families on this benchmark. 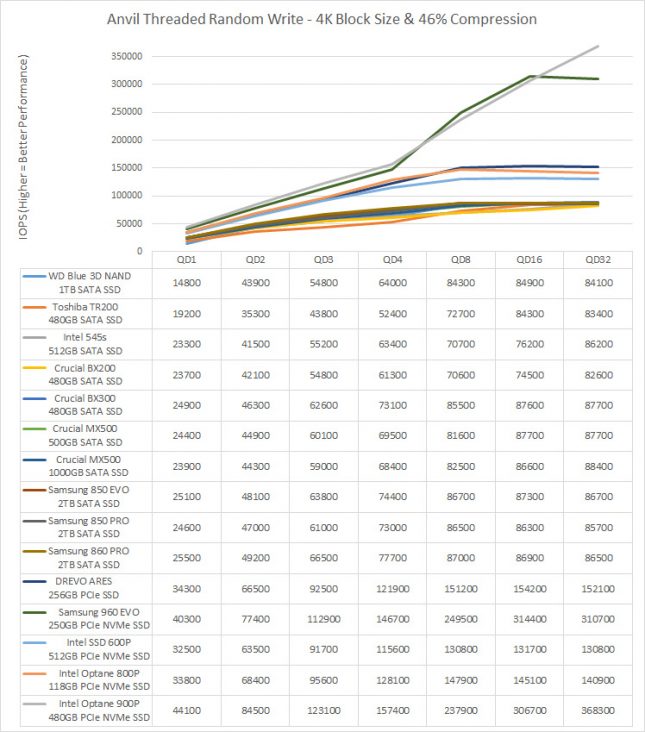 Benchmark Results: When it came to 4K Random Write performance, the Intel Optane SSD 800P 118GB failed to stand out from the other PCIe NVMe drives, but has respectable performance that was faster than the SATA III SSDs. 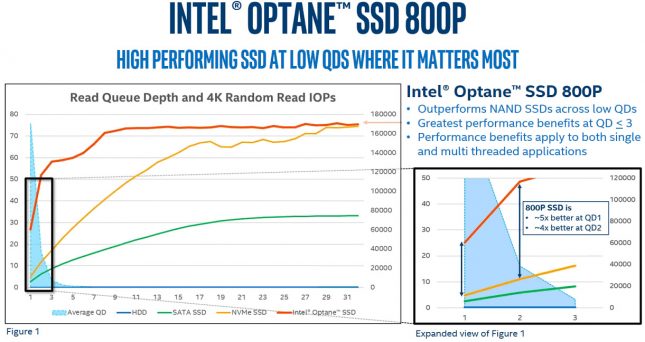 When Intel briefed the storage editors they really hammered home that low queue depth performance was one of the most important performance areas of a drive. Intel had some employees volunteer for having their work PCs monitored and found that over a 10-day period that the queue depth distribution was mostly in the 1-3 range. In fact, they found almost 80% of reads was at QD1 and over 60% of writes were done there as well.