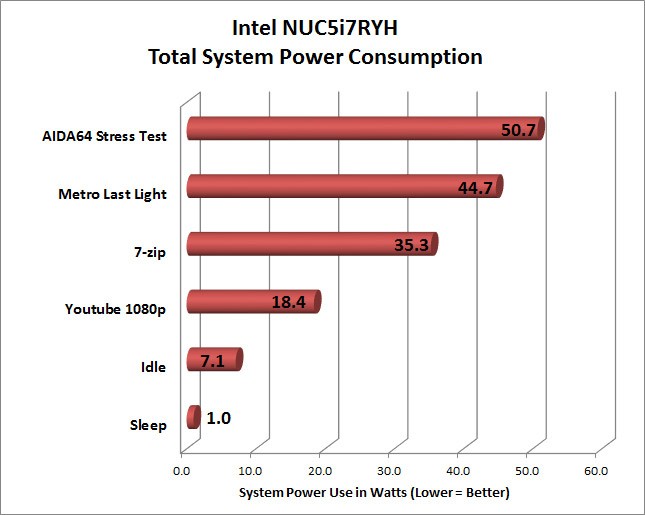 With the Intel NUC NUC5i7RYH running the default BIOS settings with our hardware we find our Windows 8.1 system was consuming 7.1 Watts of power from the wall outlet at an idle and 1.0 Watts when in Sleep mode. When playing Metro Last Light at 1920×1080 with low image quality settings on the Intel NUC NUC5i7RYH we hit right around 45 Watts of power being used as both the CPU and GPU were under load. Our top number was 51 Watts and that was observed running the AIDA64 system stability test. 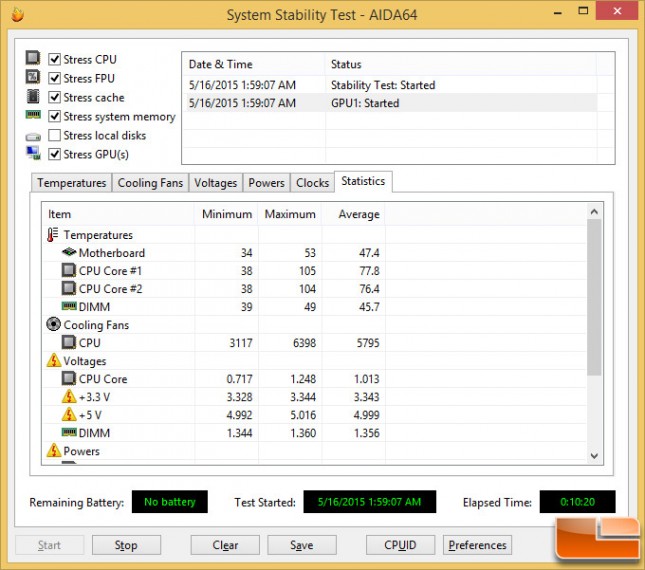 With regards to temperature testing we used AIDA64 and found the processor would idle around 38C and under the AIDA64 stress test we hit 105C on one of the CPU cores and encountered CPU Throttling as 105C is the top temperature allowed by Intel for this specific processor. The fan peaked at 6398 RPM during this stress test! 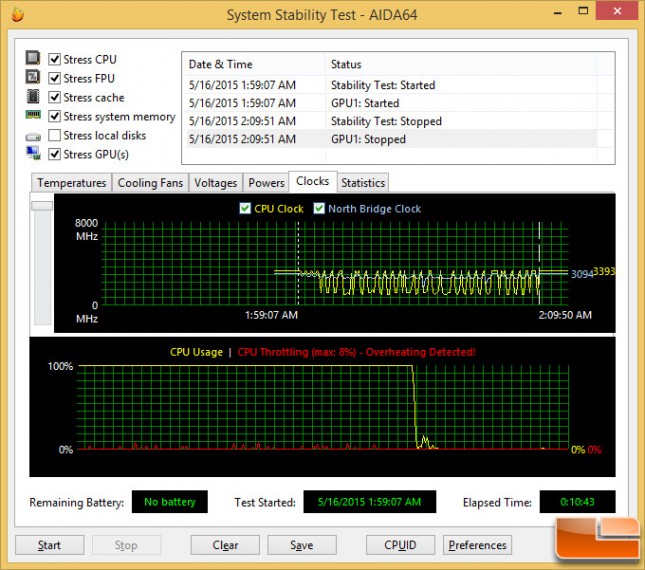 Here is a closer look at the CPU Throttling and how the CPU clock speed was dropping to help reduce the thermal envelope. We only encountered CPU throttling with the synthetic stress tests and when running X264 HD for long periods of time. 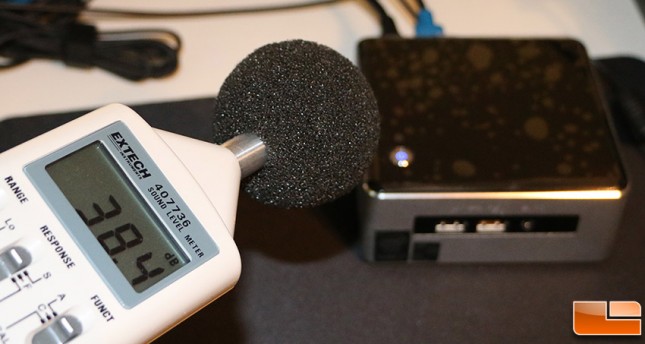 When the Intel NUC NUC5i7RYH at idle we found the noise level to be 38.4dB with the sound meter about six inches above the side of the case. 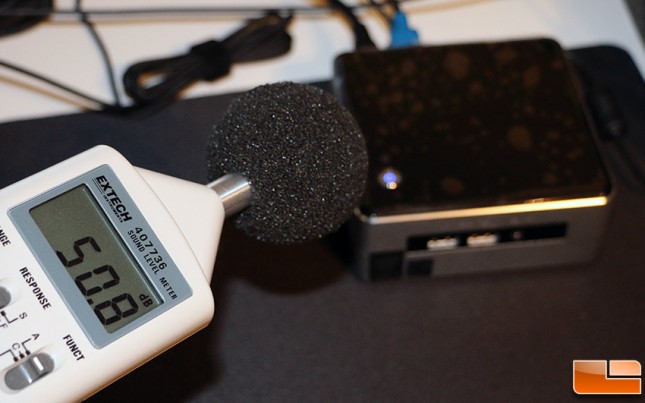 When running the AIDA64 stress test we got up to 50.8dB. When the fan ramps up you will certainly hear it as the fan is spinning at over 6,000 RPM!