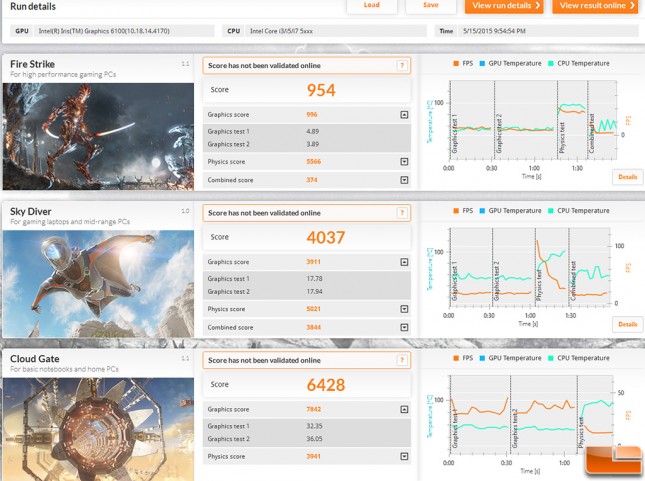 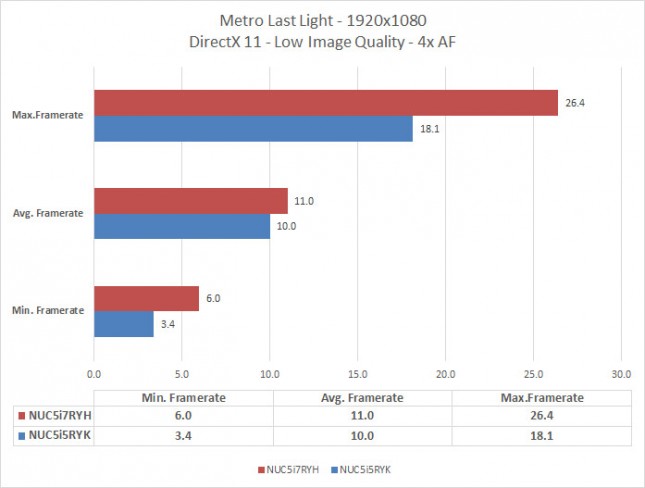 The Intel NUC5i5RYH might have Intel Iris Graphics 6100 inside, but if you are a gamer don’t think you’ll be playing the latest game titles at 1080P with low image quality settings. Basic games run fine, but games like Metro Last Light are just too much. We see huge improvements in the maximum and minimum frame rates, but the average framerate was only 1FPS or 10% higher. 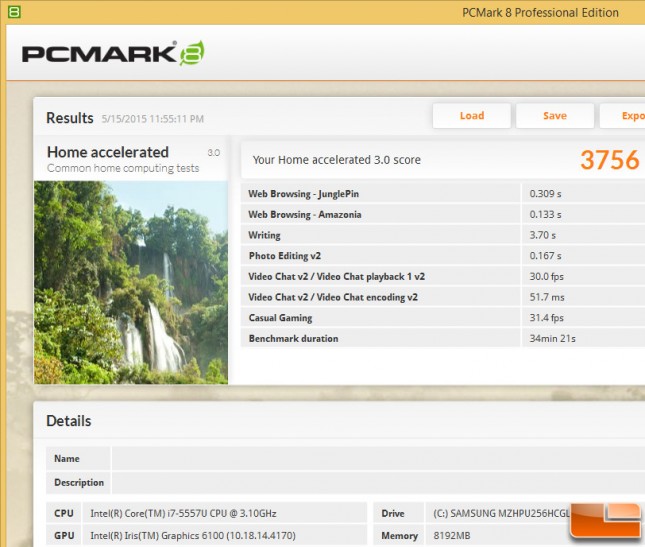 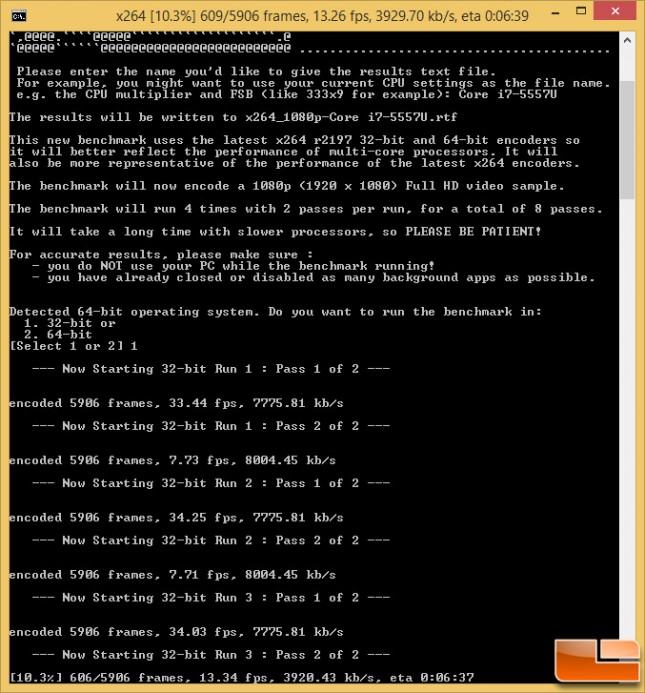 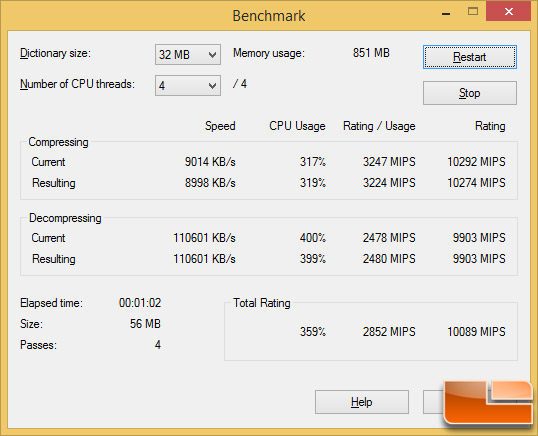 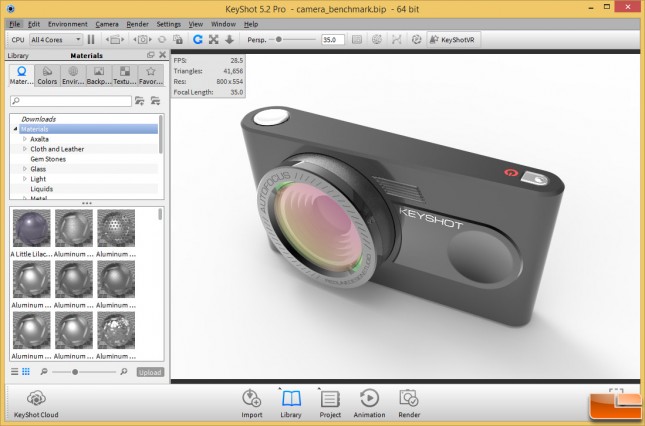 Some readers are using these tiny systems as mobile render nodes, so we ran KeyShot 5.2 Pro (website) to see how CPU rendering works on the new Broadwell powered Intel NUC. When running KeyShot 5.2 to do some benchmarking and real-world stress testing and found that we were averaging 28.5 FPS on a scene that had nearly 42,000 triangles on the NUC with the Core i7-5557U. Not bad as the NUC with the Core i5-5250U scored just 20FPS. 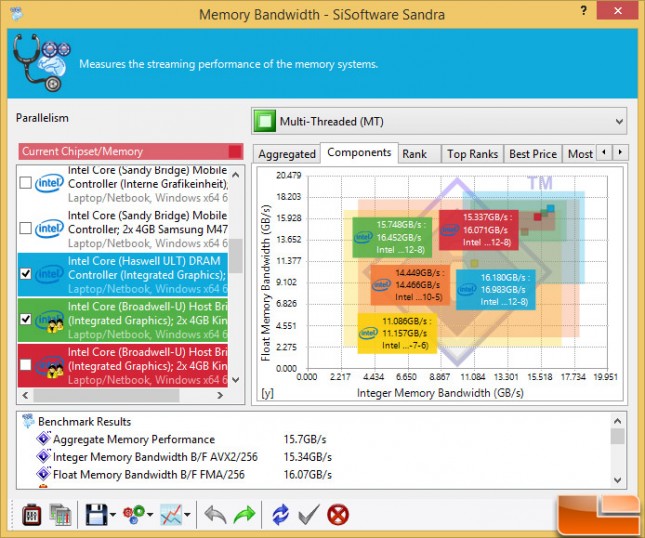 A quick look at the memory performance showed 15.7 GB/s of bandwidth. This is about where we expect it to be for a dual-channel DDR3L memory kit running at 1600MHz with 9-9-9-27 1T memory timings. 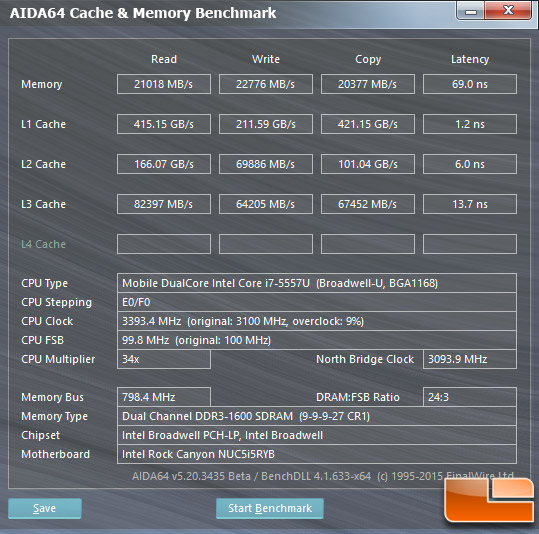 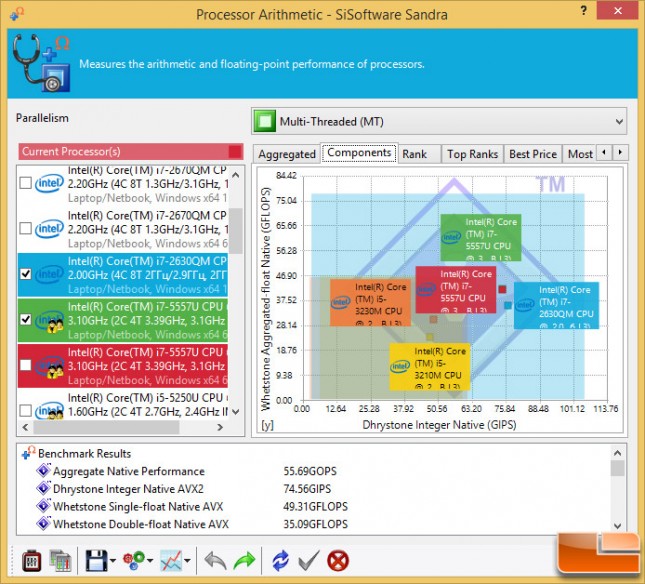 In Sandra Processor Arithmetic the aggregate native performance score was 55.7 GOPS, which is 35% faster than the 41.3 GOPS that we saw on the Core i5 Broadwell NUC! 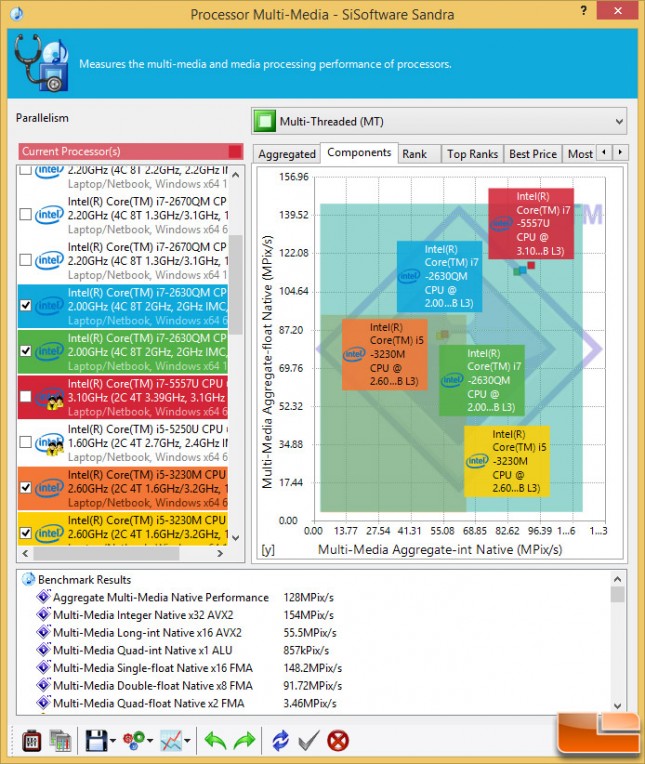 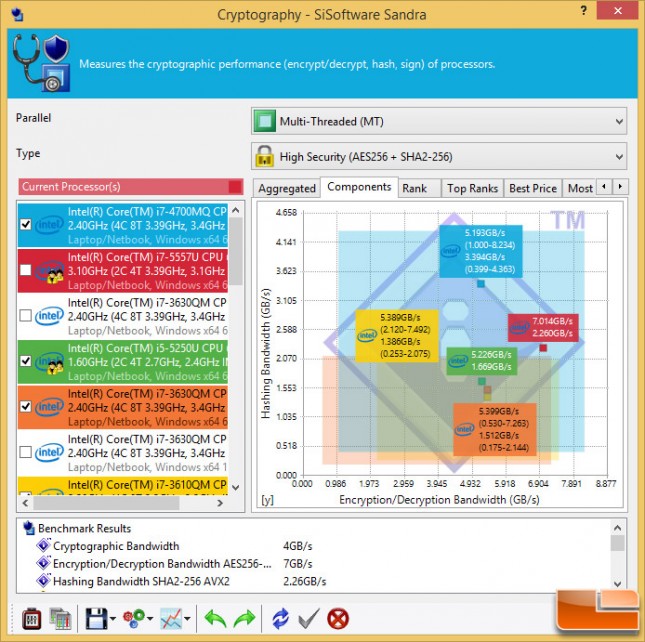 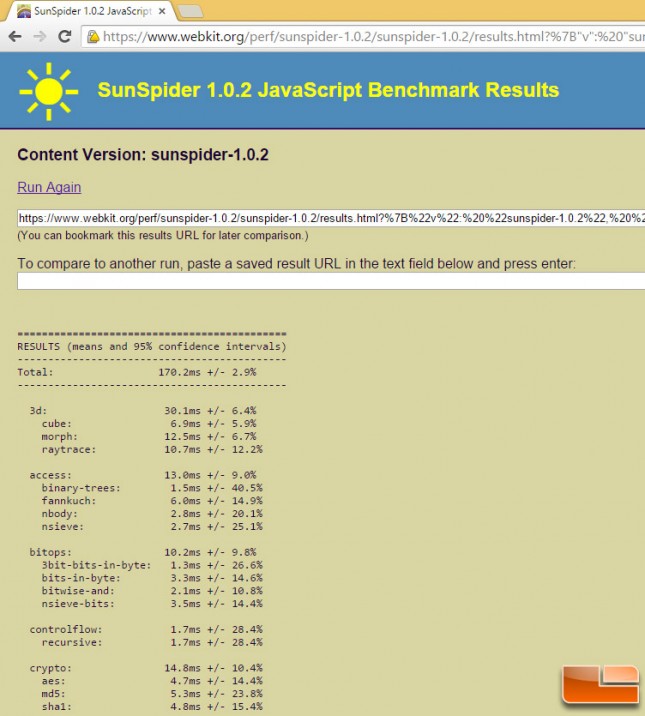 We ran the SunSpider 1.0.2 JavaScript Benchmark on Google Chrome 40 and received a score of 170.2ms. 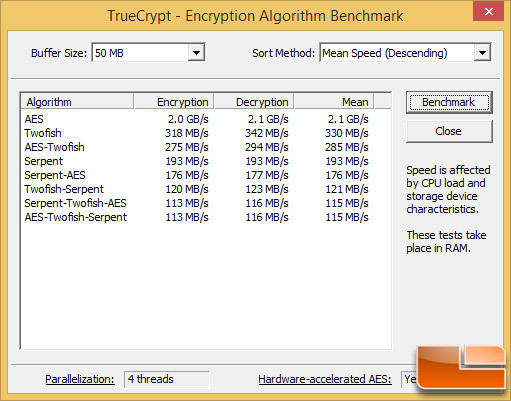 In the Encryption Algorithm Benchmark that comes inside TrueCrypt we found an AES mean score of 2.1 GB/s. 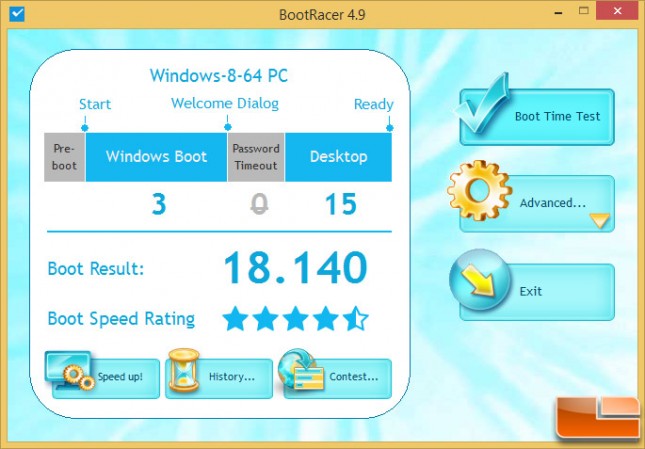 The last performance test that we wanted to run was Bootracer 4.9 to see how fast the system is able to boot Windows 8.1 64-bit. We found that it took 3 seconds to get to the logon screen and in just 15 seconds everything was up and running on the desktop!