We were impressed by the Ivy Bridge powered NUC family last year, but there were a few minor issues that needed to be dealt with. The major issue last year was with heat and Intel quickly released newer revisions that had thermal pads to help disperse the heat from the SSD and altered the CPU fan profile in the BIOS to ensure the original models worked well in the field. It’s tough to keep everything cool and quiet in such a small sized case, but we had high hopes that Intel could do better with the next-generation NUC’s. We were elated to find out that Intel took the time to go back to the drawing board per say to improve the cooling solution for the new Haswell versions. We are also happy to say that it appears that they have satisfactorily resolved the issue by switching to copper for the base plate, adding more aluminum cooling fins and improving the air flow by removing a mesh insert. The Intel NUC Kit D54250WYK we tested idled at 36C, never went over 78C at full load and never once throttled! Success!

The Intel NUC Kit D54250WYK was an absolute blast to setup and use. We were able to fully assemble the system and install Windows 8 with all the updates in just over an hour. The performance of the Intel NUC Kit D54250WYK was found to be very impressive thanks to the 4th generation Intel Core i5-4250U ‘Haswell’ processor. This 22nm dual-core processor is often found on Intel Ultrabooks and other high-end mobile platforms and is very powerful as we showed you in our benchmarking section. For example last year on the Intel NUC Kit DC3217BY (Core i3-3217U) we got an overall score of P594 on 3DMark11 and on the new Intel NUC Kit D54250WYK (Core i5-4250U) we got P995, so nearly double! Other benchmarks like Cinebench jumped up from 0.75pts to 1.13pts, so the CPU and GPU performance has greatly improved.  Other areas like memory bandwidth, system boot times and overall storage drive performance remain close to the same as there really haven’t been any major performance advancements in those areas over the past year.

You’d think that power consumption would go up with the jump in performance, but it actually was found to go down thanks to the power efficiency improvements that Haswell brought to the table. We were happy with the 4.3-4.7 Watts of power being consumed at the wall in an idle state. That is nothing in the big picture, so you can use the Intel NUC Kit D54250WYK without having to worry about using gobs of power. Even at full CPU load we were seeing just shy of 30 Watts of power being consumed. If you load everything up on the NUC you’ll be able to get close to 65W rating on the power brick, but we were running Prime 95 and 3DMark 11 at the same time and couldn’t break 30 Watts!

Increased performance is certainly welcomed, but we really love the improved connectivity that the new NUC has. We love the fact that it now has four SuperSpeed USB 3.0 headers, a 3.5mm audio jack, DisplayPort and HDMI and consumer infrared for remote controls. That makes using the NUC so much easier and should reduce the number of reasons why people wouldn’t want to go with this form factor. The NUC is also impressive in the sense that the  4″ x 4″ x 2″ cube can be mounted out of site behind the monitor thanks to the VESA mount. This is awesome for business users that are looking for the most desk or counter space possible. 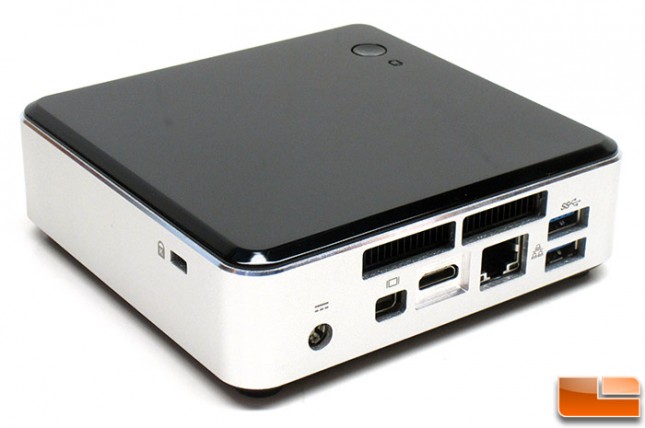 The one major gripe that we have with the Intel NUC Kit D54250WYK is the fact that Intel included an internal SATA header, but there is no room in the chassis for a 2.5-inch notebook hard drive or SSD. Intel is looking at bringing out larger chassis with a different SKU later this year, but for now it is a useless port with this enclosure.

After adding up the rough costs of all the components in the NUC you are looking at a hardware cost of right around $675 to build the system that we tested today. You can shave off a few bucks here and there, but this is the general figure that you’ll be looking at spending before adding in the OS and all your other software requirements. 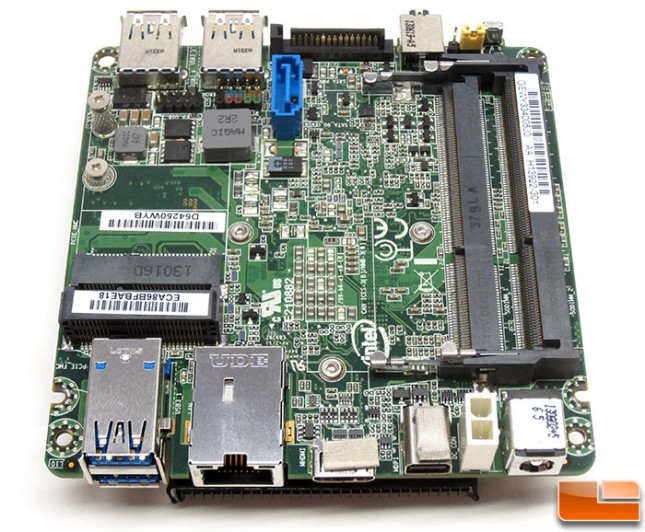 At the end of the day the Intel NUC Kit D54250WYK proves that good things do come in small packages.  This system was amazingly powerful and you just can’t beat the form factor or the power efficiency. This is good news as it shows that the desktop PC is still alive and kicking, albeit inside it is pretty much all mobile parts that are usually found in Intel Ultrabooks!

We highly recommend trying one of these out when they hit the retail market in late October if all goes well!

Update:  We’ve posted up another article on overclocking the memory on the Intel NUC Kit D54250WYK that can be read here if you were interested in overclocking performance.

Legit Bottom Line: Last year the Intel NUC kits were impressive, but the new Intel NUC Kit D54250WYK shows you what happens when you have a more time to fine tune a design and beef it up with a new CPU architecture. Intel has a winner on their hands with the Haswell powered NUC’s!