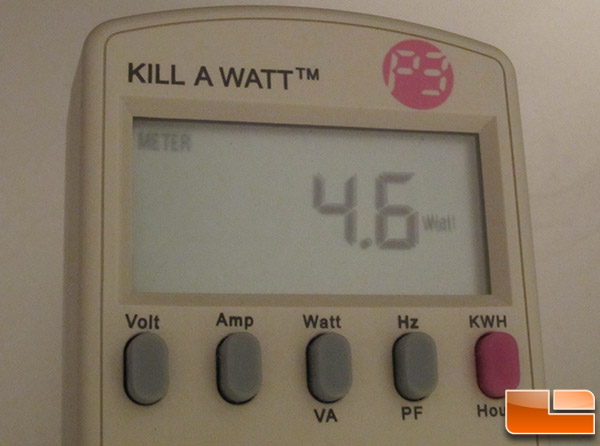 With the Intel NUC Kit D54250WYK running Windows 8 the entire system was consuming just 4.6 Watts of power from the wall outlet! This test was done with the Haswell C8/C9 low-power states enabled. The old Ivy Bridge NUC ran over 6 Watts at idle without a wireless card, so we are seeing a significant power reduction at idle. Having your entire desktop PC running under 5 Watts at idle is awesome!

(Click here to see how low we can get the idle Wattage when you take out the wireless card, remove a DDR3L memory module and drop the DRAM voltage down to 1.325V.) 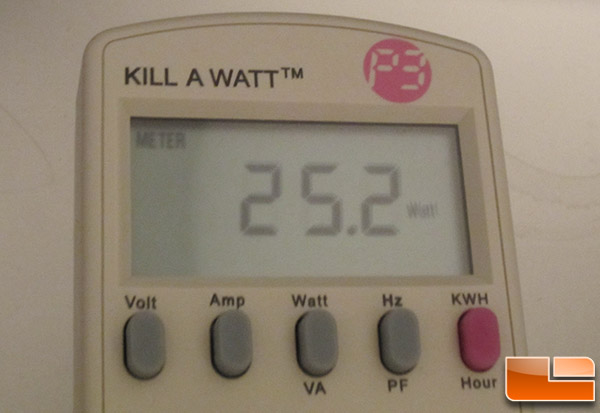 At full load the NUC was found to often peak around 25-26 Watts in CPU+GPU intensive applications like the Cinebench GPU test and 3DMark11. Not a bad power draw from a very capable desktop computer and shows that the carbon footprint of running the NUC is very small. It is clear that consumers want to be green these days and energy efficiency is a big deal. 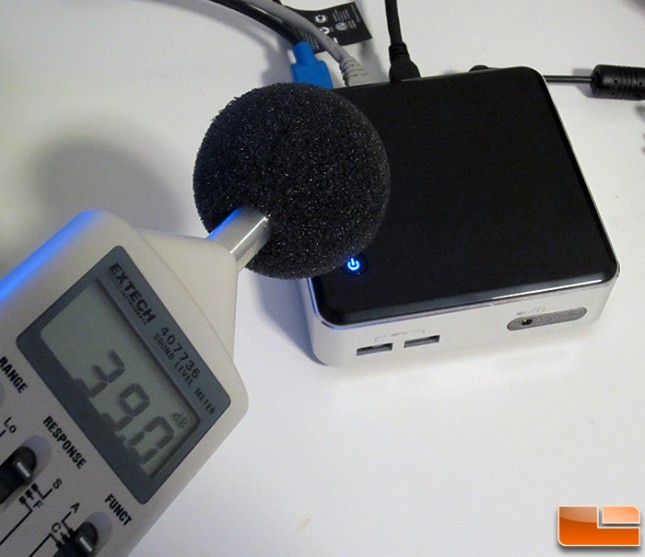 With the Intel NUC turned off we found the ambient room noise to be 31.9dB. With the system up and running on the desktop in an idle state the system was observed to be right at 39.0dB. 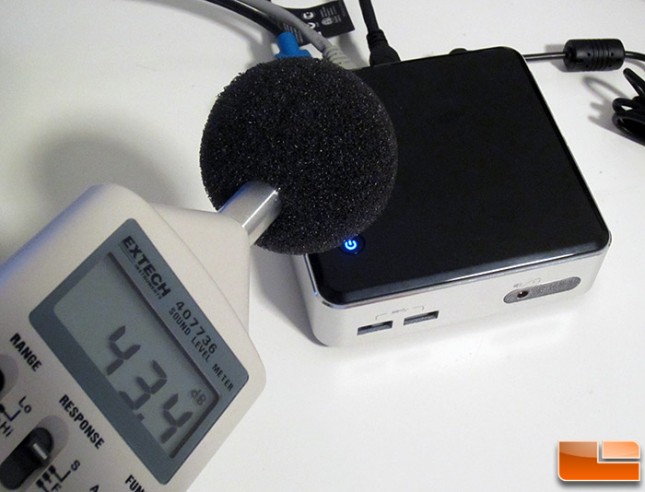 With the NUC fully loaded running Prime95 27.9 64-bit we were seeing 43.4dB from about 5 inches away. This is an increase of 4.4dB from idle to full load, which isn’t that bad at all. In a quiet room you can hear the single case fan spinning, but once you have some background noise and you can barely hear the fan slowly spinning when the NUC is running! The Intel NUC comes set to ramp up the fan at 78C, but with the room at 21C we were unable to get the NUC hot enough for the fan to kick into high gear. The top of the NUC gets warm, so let’s take a look at the temperatures. 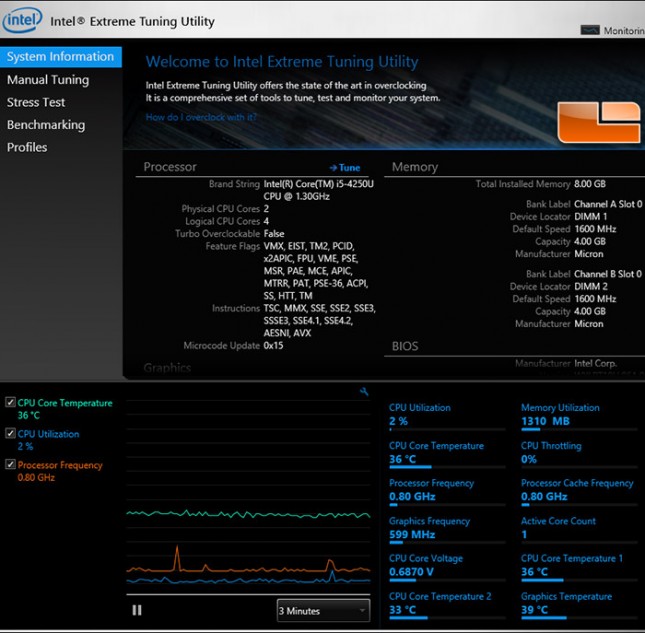 When it comes to temperatures, we used Intel’s Extreme Tuning Utility to monitor temperatures and voltages. The Intel Core i5-4250U processor idled at 0.6870V with a core temperature of 36C. Idling at 36C is a very good temperature for the small HSF used on this 15W TDP processor! The GPU was at 39C! 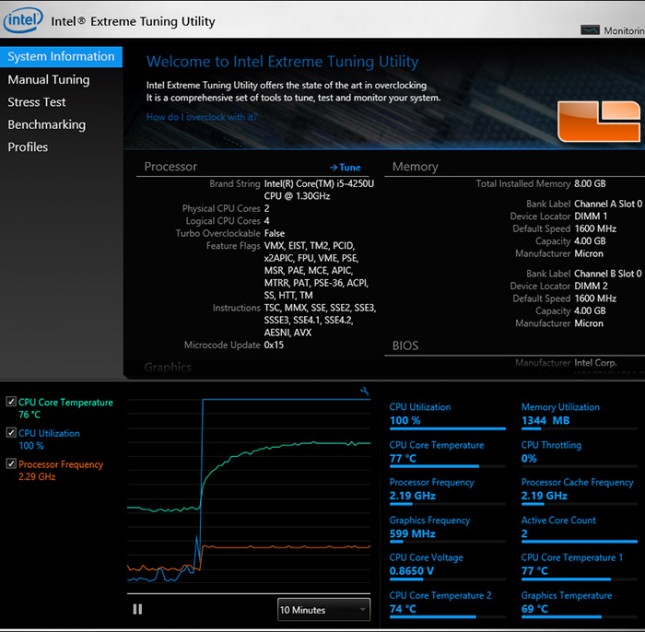 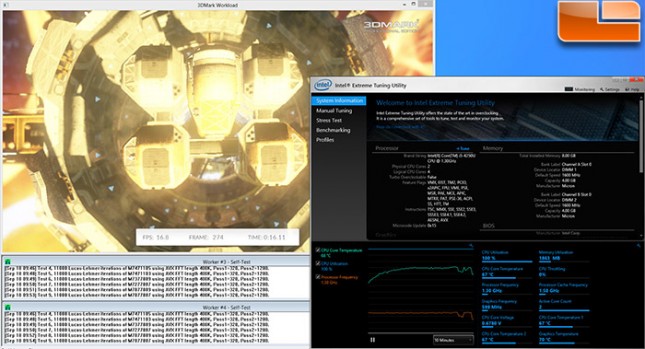 We launched up 3DMark11 when Prime 95 was running to try to load up both the GPU and CPU and found that the CPU temperature actually dropped down to the high 60s and the GPU temp was up in the low 70s.
Questions or comments? View this thread in our forums!
Tweets by @LegitReviews