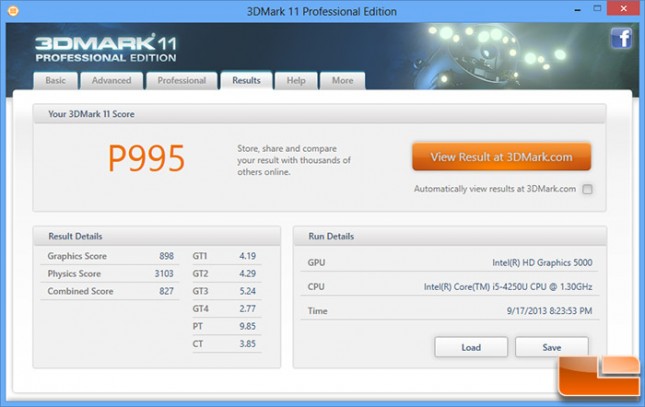 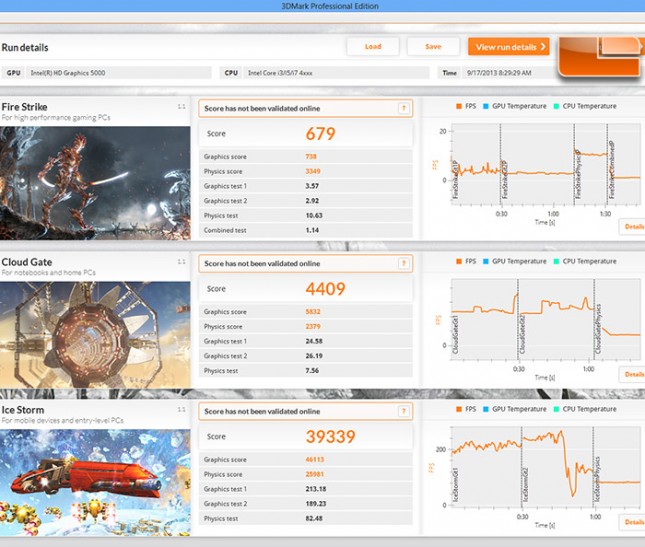 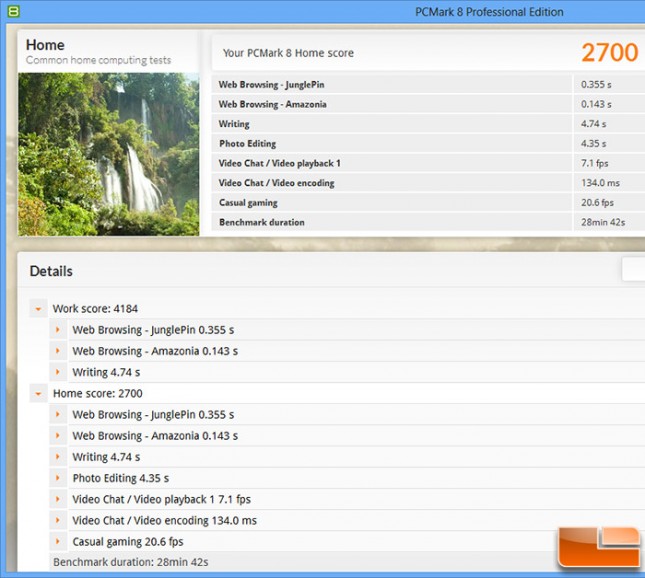 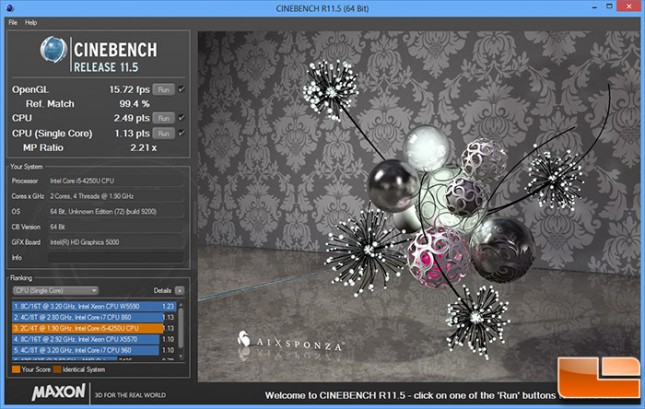 Moving along to Cinebench we found the Intel NUC with the Intel Core i5-4520U processor scored 15.72 FPS on the OpenGL benchmark and then 2.49 points on the multi-core CPU test and 1.13pts on the single CPU test. 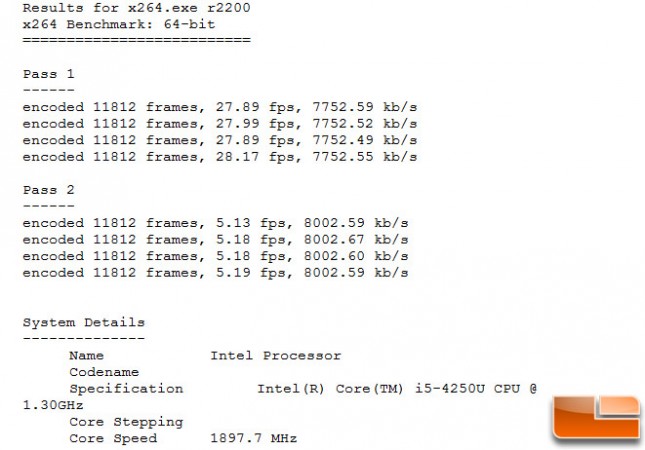 The x264 HD 64-bit benchmark showed around 28 FPS on the first pass and then 5.2 FPS on the second pass. Not bad rendering performance from the Intel Core i5-4250U! 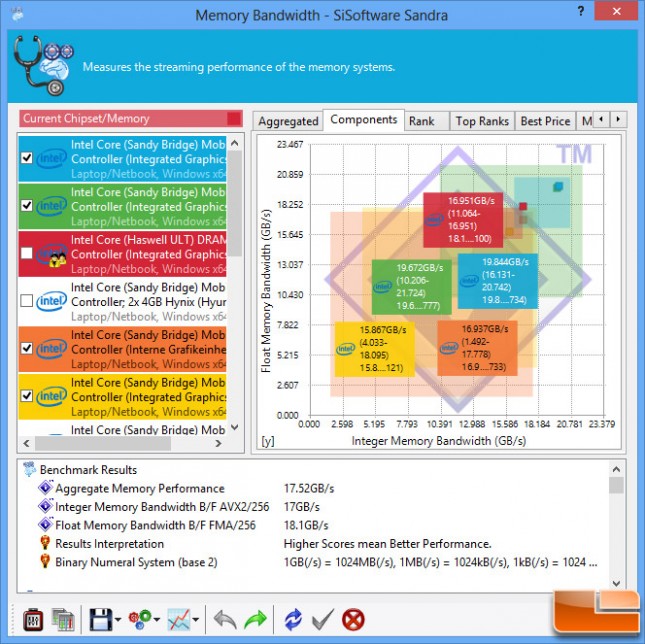 A quick look at the memory performance showed just shy of 18 GB/s of bandwidth. This sounds about right for a dual channel memory kit running at 1600MHz with 11-11-11-28 2T memory timings. It should be noted that we had some issues running a 2x8GB memory kit, but we expect the issue to be fixed before this model hits the market in October 2013. 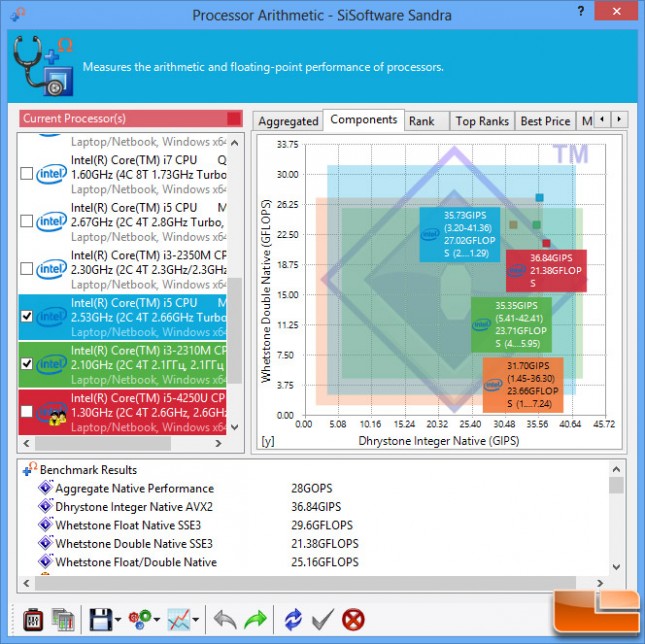 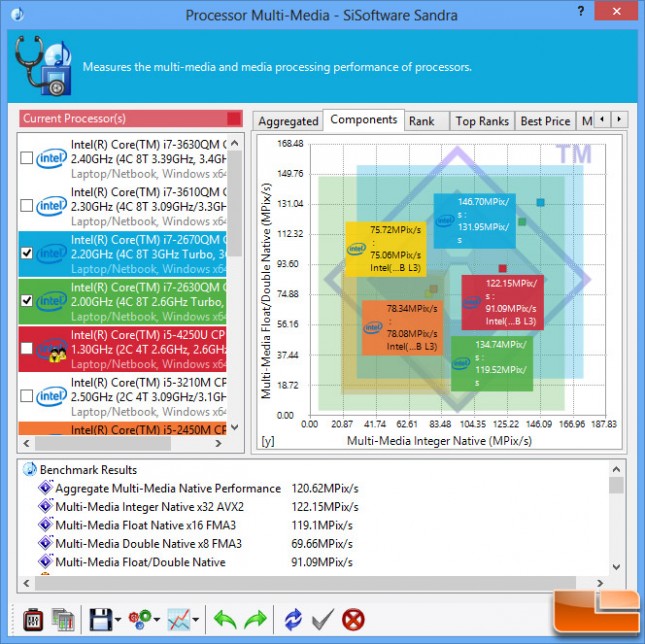 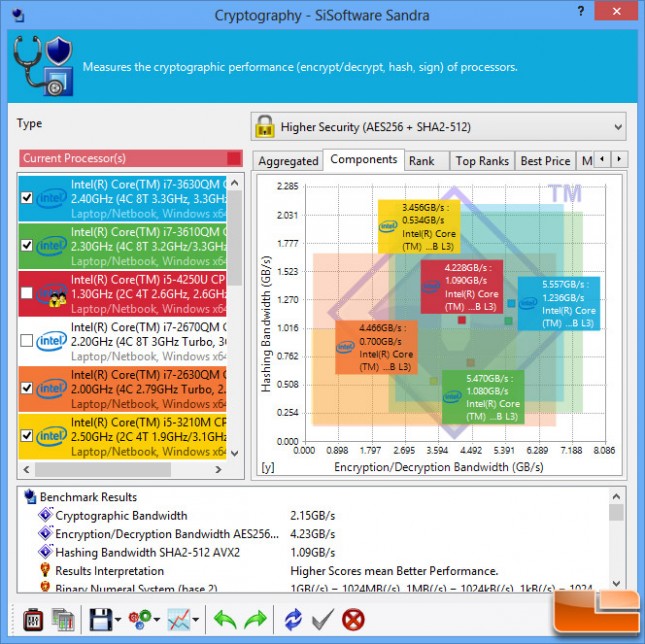 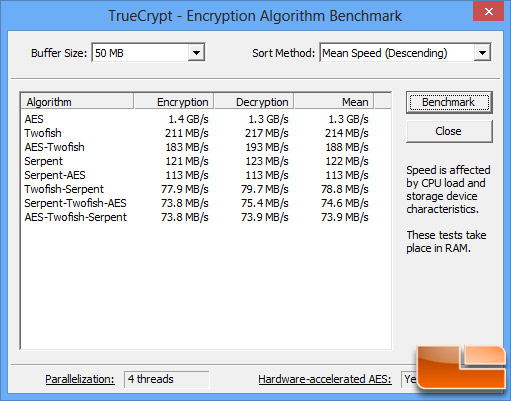 In the Encryption Algorithm Benchmark that comes inside TrueCrypt we found an AES mean score of 1.3GB/s. 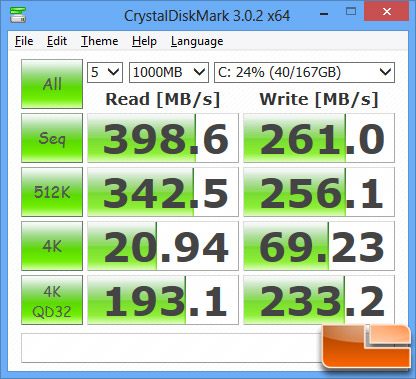 A quick run of CrystalDiskMark v3.0.2f showed the sequential read speed at 399 MB/s and the write speed at 261 MB/s! The Random 4K read speed was 21MB/s and the 4K random write speed was 69MB/s. This is the brand new Intel SSD 530 Series 180GB mSATA drive that just was launched in August 2013. 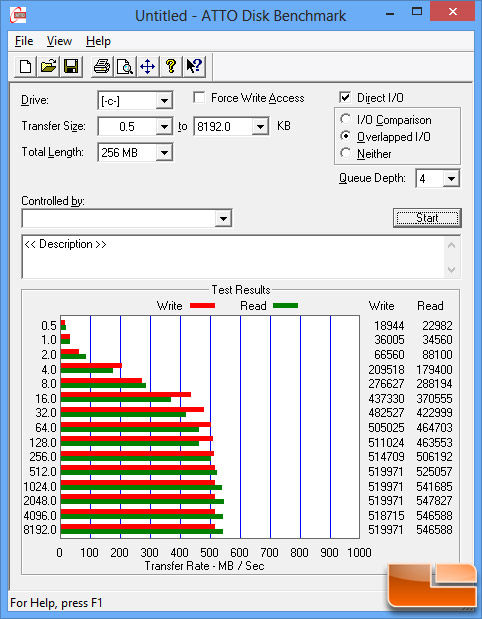 Taking a look at another storage benchmark called ATTO, we find that the SSD reaching speeds of up to 548MB/s read and 520/s write! 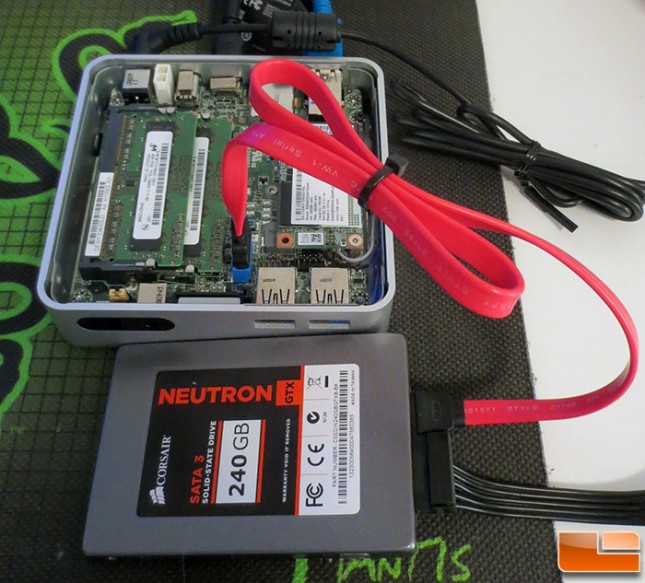 Does the internal SATA III 6Gbps header work? We cracked open the case again and tried it out with a Corsair Neutron GTX 240GB SSD!  We didn’t have the proper female to female SATA power cable, so we hooked up a secondary power supply to do this test. 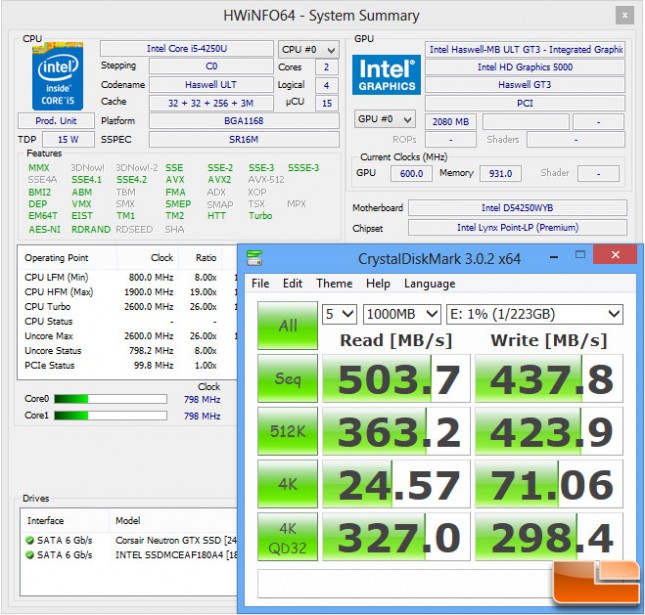 As you can see with HWiNFO64, we now have two SATA 6 Gb/s devices hooked up to the Intel D54250WYB NUC Board and it was properly detected in Windows 8. A quick run of CrystalDiskMark showed that we were getting SATA III speeds and everything was working properly. 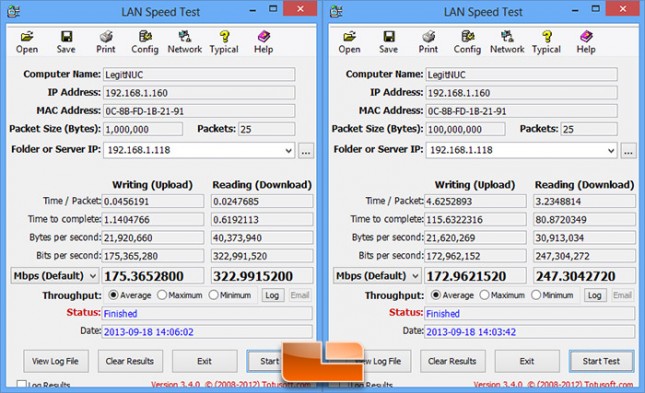 When it comes to wireless performance the we used LAN Speed Test to check the performance of the new Intel 7260HMW 802.11AC Wireless Card. We used a desktop with Gigabit Ethernet to run LAN Speed Server that was hard connected to the ASUS RT-AC66U 802.11AC wireless router on the 5GHz band and moved it 15-feet away from the NUC test machine to check out performance with both 1MB and 100MB packets. We ran LAN Speed Test on the NUC with the wireless card to test the throughput and found roughly 175Mbps (20MB/s) write speeds and 250-325Mbps (30-40MB/s) read speeds. 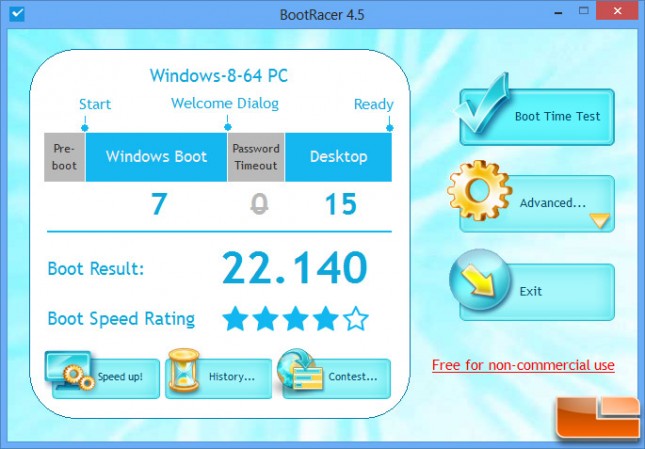 The last performance test that we wanted to run was Bootracer 4.5 to see how fast the system is able to boot Windows 8 64-bit. We were happy it takes just 7 seconds to get to the logon screen and in just 22-23 seconds everything was up and running on the desktop!