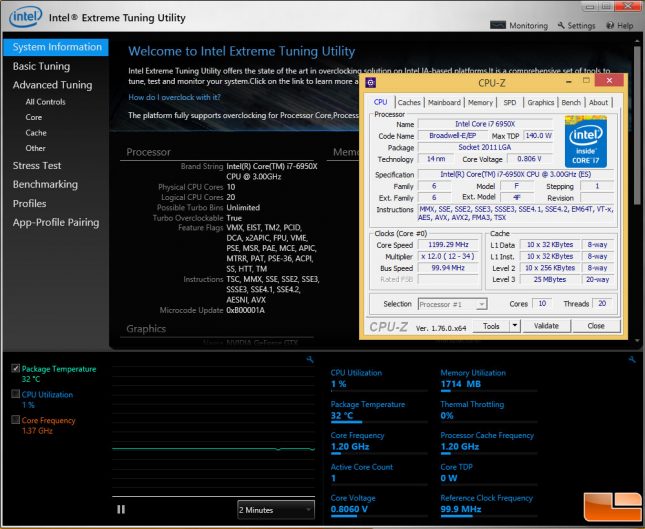 We used the Intel Extreme Tuning Utility v6.0.2.8 to monitor the temperatures on our X99 test system with the Corsair H105 water cooler along with Gelid Extreme Thermal Compound. The Intel Core i7-6950X processor sitting on the desktop had a package temperature of 32C and the voltage was set to 0.8060V. The room temperature was 24C. 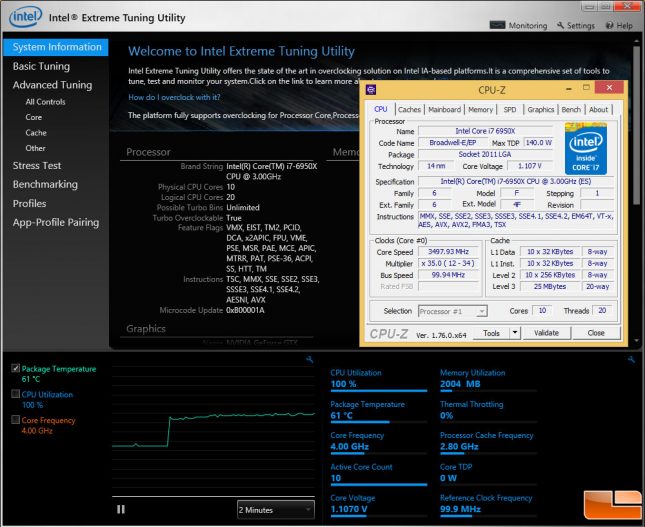 When we ran a run of Prime 95 and found that the processor temperature topped out at 61C and the voltage jumped up to 1.107V during this workload,. We are pretty impressed with these temperatures as they are quite good considering this is a 10-core processor. 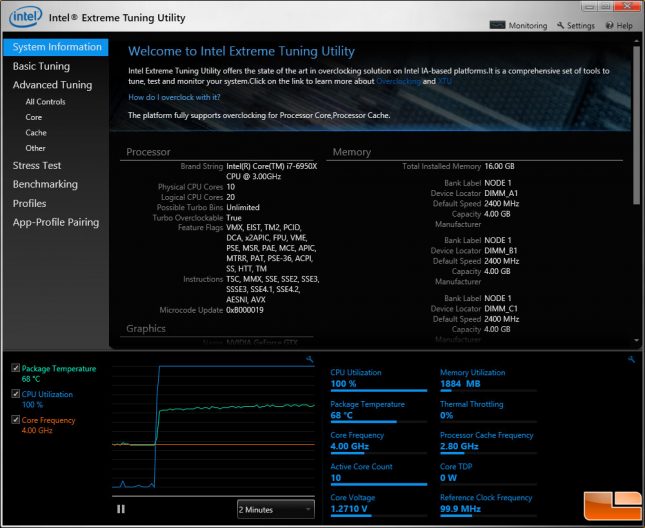 After manually setting the voltage to 1.27V and set all cores to a 40x multiplier for a 4GHz clock speed we were seeing 68C load temps. Sure the temperature was 7C higher for the same test, but that isn’t had considering the Core i7-6950X is running 500MHz faster and has a higher voltage set!