TrueCrypt is sort of discontinued, but it was once a widely available freeware utility used for on-the-fly encryption (OTFE). It can create a virtual encrypted disk within a file or encrypt a partition or (under Microsoft Windows except Windows 8 with GPT) the entire storage device (pre-boot authentication). On 28 May 2014, the TrueCrypt website announced that the project was no longer maintained and recommended users to find alternate solutions. Since that announcement was made Thomas Bruderer and Joseph Doekbrijder have stepped forward with plans to revive the project through the truecrypt.ch site, which is offering downloads of TrueCrypt 7.1a which can encrypt and decrypt data, and was the latest version prior to 7.2. 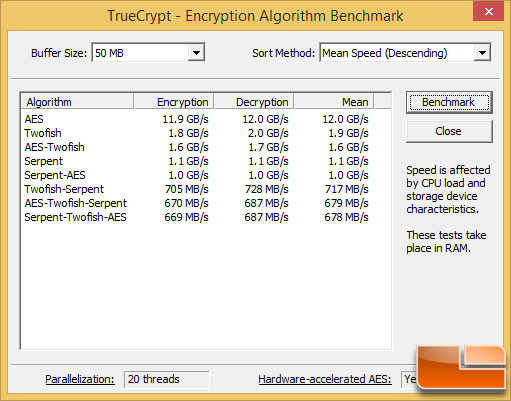 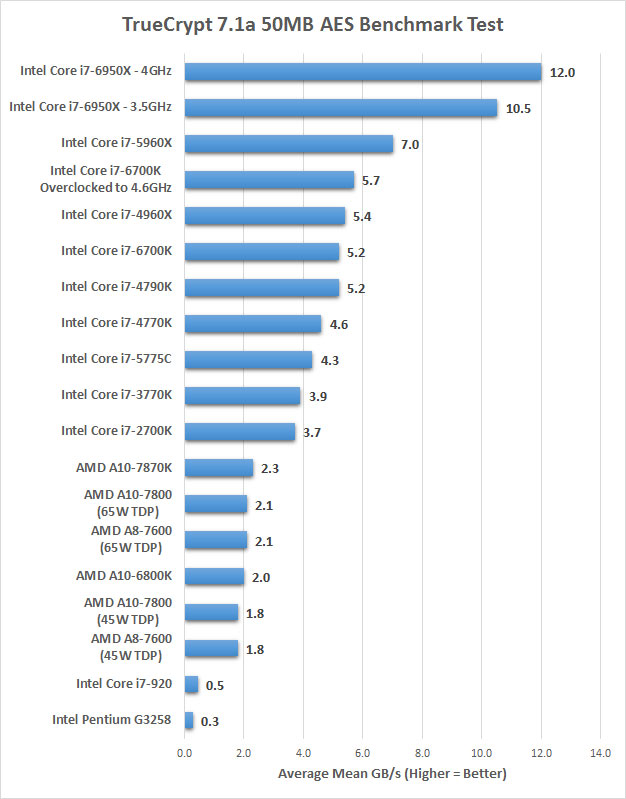 Benchmark Results: The Intel Core i7-6950X does well on the Advanced Encryption Standard (AES) benchmark test and scored 10.5 GB/s in stock form and 12.0 GB/s when overclocked up to 4.0GHz.