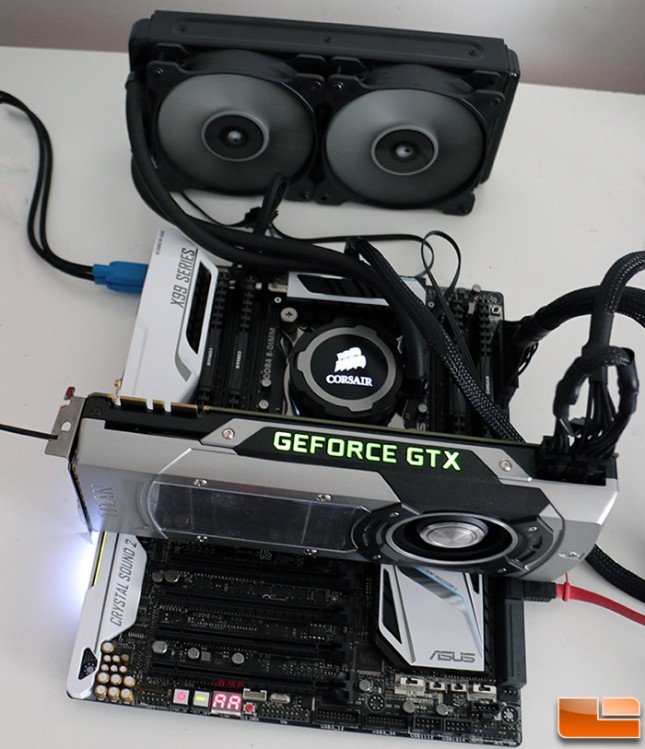 The Intel Core i7-5960X Processor DOES NOT use Next-Generation Polymer Thermal Interface Material (NGPTIM) like the Core i7-4790K Devil’s Canyon processor uses, but we were still interested in seeing how hot the chip gets. We took a look at idle and load temperatures on the processor with Gelid Extreme Thermal Compound on the Corsair H105 Closed Loop Water Cooler. We used the Intel Extreme Tuning Utility v5.1.0.23 to monitor the temperatures. 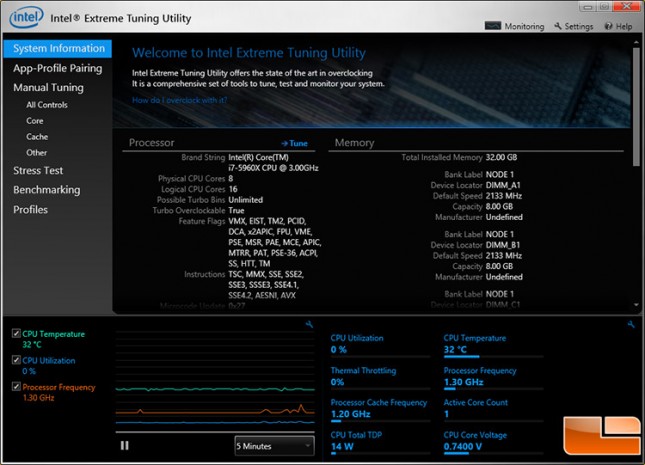 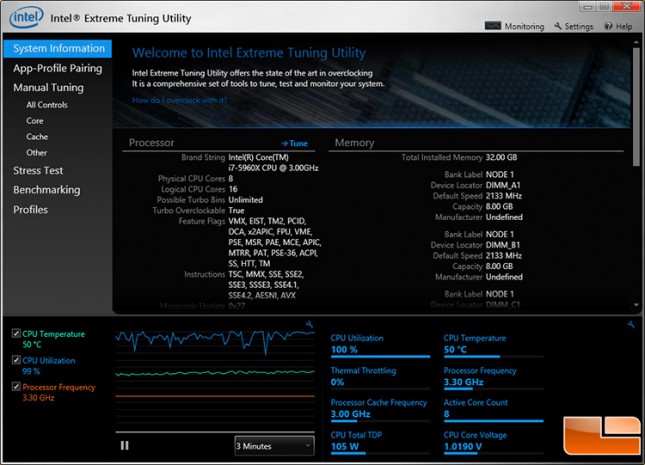 When running Handbrake we saw the temperature jump up to 50-52C with a CPU core voltage of 1.0190V. The processor wasn’t pegged at 100% load though with Handbrake as the CPU Total TDP for the 5960X was just 105W. 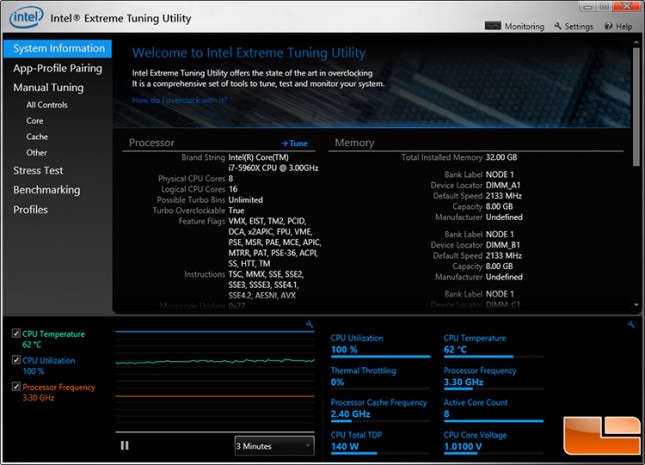 With Prime95 64-bit we were able to get the CPU Total TDP up to 140 Watts and the processor was pegged at 100% use at 3.3GHz. The temperature seemed to settle down at 62C with 1.01V, which isn’t that bad if this utility is reading the Core i7-5960X Haswell-E CPU temperatures properly. 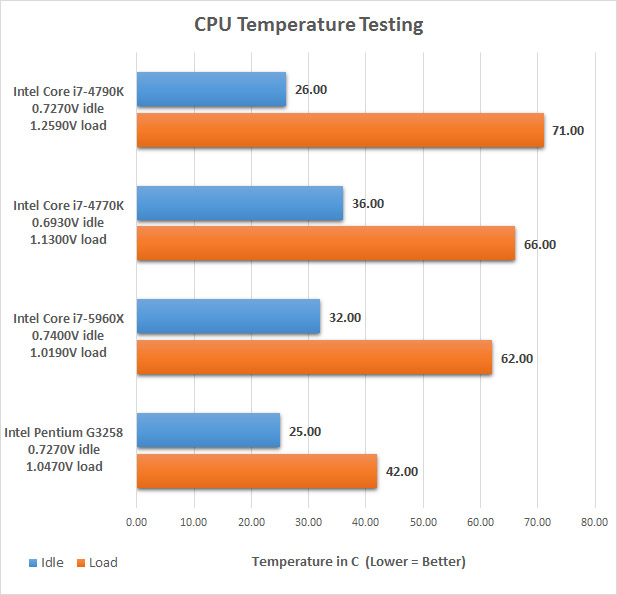 So, on our system with the Corsair H105 water cooler along with Gelid Extreme Thermal Compound we were running around 32C at idle and hit 62C at load. Not bad temperatures for a true 8-core processor, but keep in mind the clock speeds are relatively low as is the core voltage. The Intel Core i7-5960X actually has slightly lower load temperatures than the Intel Core i7-4790K and the Core i7-4770K, which some people might find interesting. The 5960X might have more cores, but they run slower with less Voltage!