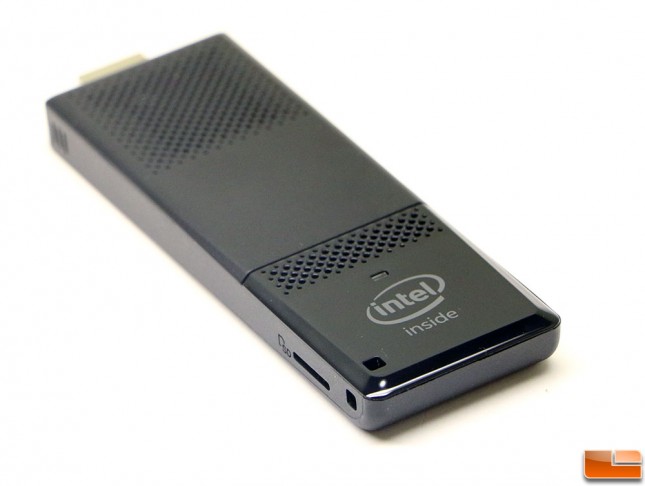 The Intel Compute Stick (Model Number STK1AW32SC) with the Intel Atom x5-Z8300 quad-core ‘Cherry Trail’ processor was found to have many improvements over the original ‘Bay Trail’ Compute Stick that was released last year. The extra USB port means that a wired keyboard and mouse can be used, the 802.11ac wireless solution is night and day better and the microSD slot supports faster memory cards. Many things felt faster, but our browsing experience and basic computing tasks felt pretty much the same as the original model from last year. We could still play 1080p content, but were unable to play 4k content despite being able to work on a 4K display. We did all of our testing on an ASUS PB287Q 4K Display with a 30Hz refresh rate and had no big issues running at this resolution besides not having enough power to play native 4K content. 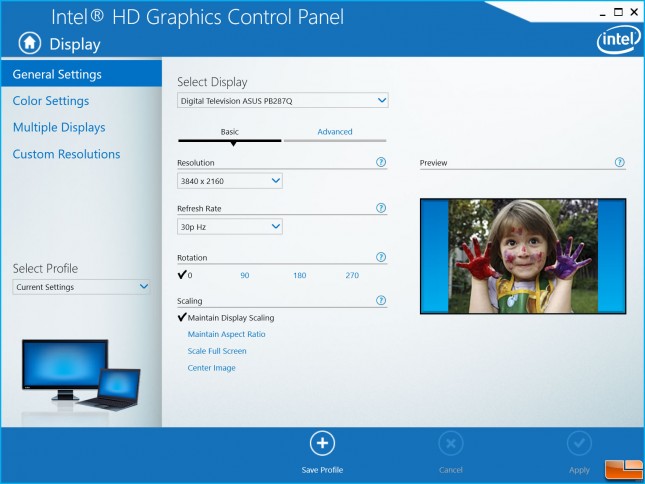 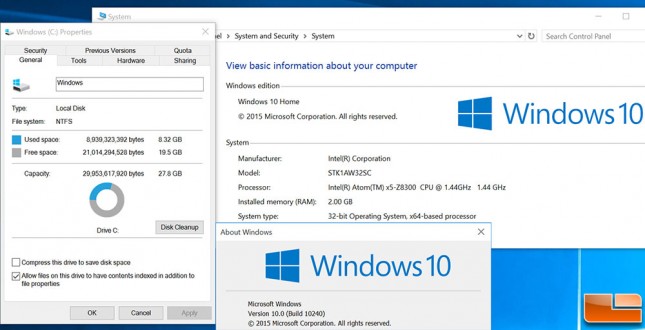 The screen shot below shows that after the update we had just 8GB of free space before we installed anything. We ended up deleting the Windows.old contents to be able to run our benchmark test suite as we were unable to download and install 3DMark as there wasn’t enough space to download the file, extract it and install it. Once we did that we were unable to activate Windows 10. 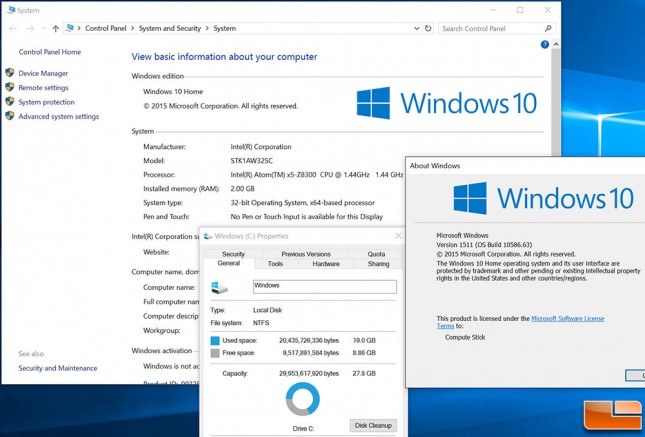 We also ran into a handful of other major issues when we updated Windows 10. Once we did the update the Intel Dual Band Wireless-AC 7265 802.11ac device became disabled and hidden meaning that we lost network connectivity. Intel explained to us that Microsoft does not include drivers for this specific device in Windows 10 yet, so when a major update is performed like this one that the device becomes disabled and hidden. Intel also noted that the retail versions will come with Windows 10 (Build 10586) from day one and that end users won’t have this issue. Our test unit also came with UEFI version 16 installed and our Cooler Master gaming mouse wouldn’t work in the USB 2.0 port after the Windows 10 update. A quick update to UEFI version 18 fixed that issue, but it just goes to show that Intel is still working out a handful of issues on the Compute Stick to get it working as one would expect it to.

The tiny 30mm cooling fan inside the Compute Stick kicks on and usually runs once you start using the tiny PC. As you can imagine a fan that small needs to spin fast and that means you can certainly hear it running. It didn’t bother us, but if you are bothered by fan noise or are looking for a silent solution with no fan running at all, this is not it.

Priced at $159, the Intel Compute Stick is low enough to get ones attention, but high enough to also get some people thinking about what else they could get in that price range. For $159 you are starting to get into Intel NUC and tablet territory.

At the end of the day the Intel Compute Stick is able to do basic things like surfing the web, streaming 720/1080p videos and running basic office applications. It’s not designed for multitasking as you are limited by the 2GB of memory and of course the Intel Atom processor. We see the compute stick being a streaming device as there just isn’t enough storage space on them to install a ton of apps or media. If you want something more powerful we highly suggest waiting until the Intel Core-M powered Compute Sticks arrive in the months ahead!

Legit Bottom Line: The new Intel Compute Stick has some major improvements, but still has the RAM and storage limitations that have been there since day one.