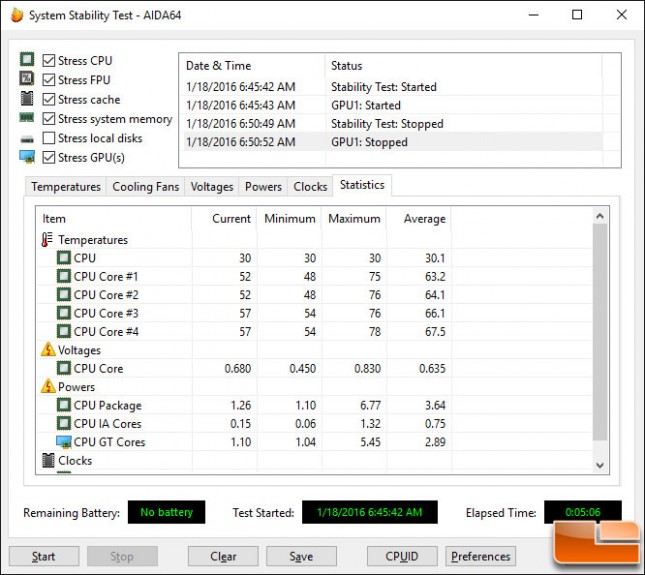 When it comes to temperatures, the Intel Atom x5-Z8300 Quad-Core Processor inside the Compute Stick idled around 51-53C. When we ran the AIDA64 System Stability Test we found the temperatures topped out at 75-78C on each of the cores when the test was run for five minutes. No throttling of the processor was observed, but the fan could most certainly be heard when the system was under full load.

After we ran this test we discovered that that playing a simple 4K video clip would put the SoC at a higher load level and that put the temperature at 78-80C on all four cores. 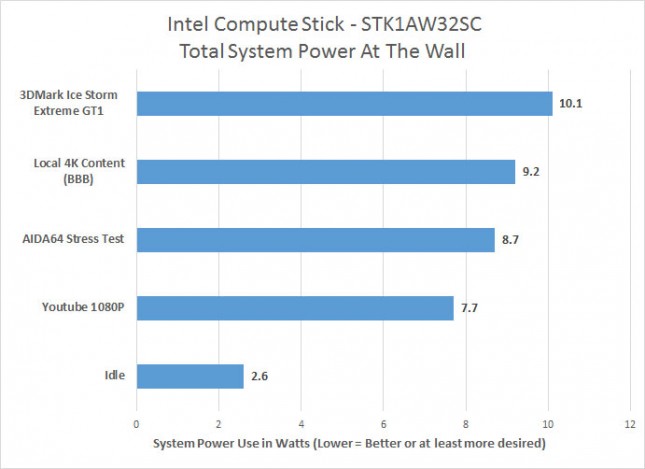 The Intel Compute Stick w/2GB of RAM and 32GB of eMMC running Windows 10 Home would idle around 2.6 Watts of power from the wall outlet. When streaming 1080P video clips from YouTube we hit 7.7W and general web browsing was in the 5-7W range. The highest power consumption seen was when running 3DMark Ice Storm Unlimited as we topped out at 10.1 Watts during the benchmark test.