The Intel Compute Stick debuted in 2015 and was basically an HDMI stick mini PC that turned monitor with an open HDMI port into a fully functioning computer running Windows or Linux. The original Compute Stick worked, but it was pretty slow and only had one one USB port on it that made it tough to use a wired keyboard and mouse. The Intel Compute Stick was a first-gen device though and despite some shortcomings the Intel Atom Bay Trail Processor in conjunction with Windows 8 allowed for basic computing tasks and it was an interesting concept. This year at CES 2016 Intel announced the next generation of Compute Stick.

The look and feel is similar, but the new compute sticks are a tad longer and feature a cleaner design with more matte finishings.  The original compute stick was all about being glossy with vent holes that had rounded almost globby edges and the new model has smaller holes that look clean cut for a more chiseled or finished look. All of the Intel Compute Stick models feature a tiny fan to dissipate heat (you can see the fan in our review of last years model).

Intel showed us three new Compute Sticks at CES 2016. The entry-level model is priced at $159 (MSRP) and features an Intel Atom x5-z8400 Cherry Trail processor, 2GB of RAM and 32GB of eMMC storage with Windows 10 pre-installed. Intel noted that this new compute stick  is about two times faster than the last model! One of the reasons the case got longer is because Intel included two standard size USB ports with one being USB 2.0 and the other supporting USB 3.0! Intel also addressed the slow networking performance of the original models 802.11n 1×1 Wireless solution by including an 802.11ac 2×2 Wireless solution that is said to be hands down better than the original. With roughly two times the performance, two USB ports, much better wireless connectivity and basically the same price tag it appears that Intel could have a really solid product here for basic computing. 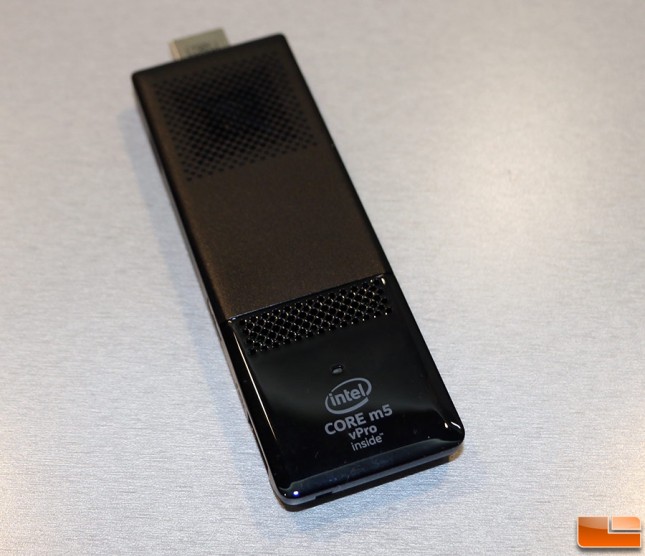 If you something a bit more power; Intel is also releasing two new Compute Stick models with sixth-generation 14nm ‘Skylake’ based Core M3 and M5 processors. The Intel Compute Stick Core M3 and Core M5 both look identical and are the same overall size as the new entry level Atom model, but inside they have more power processors along with 4GB of RAM and 64GB of eMMC storage! John Deatherage from Intel told us in our meeting that the Core M3 version will support Intel 4K video at 30hz, which is impressive for such a small device. Intel will be offering the Intel Compute Stick with the Core M3 processor for $399 with Windows 10 pre-installed and then the Core M5 version will be $499 with no OS installed. 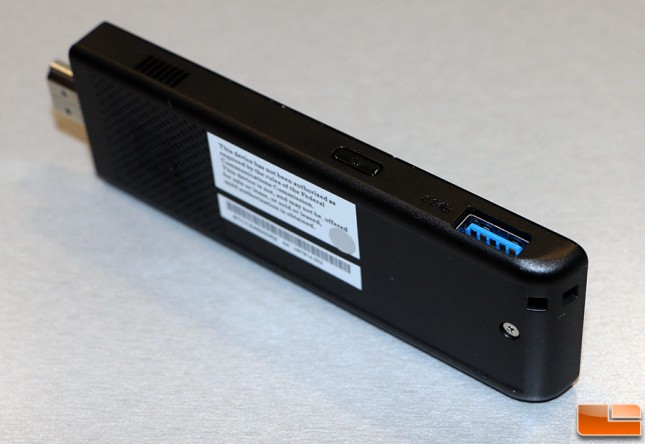 On one side of the Intel Compute Stick Core M5 there is the power button and one USB 3.0 header. We were a bit taken back by this as we thought that Intel was supporting just one USB port again, but they aren’t. 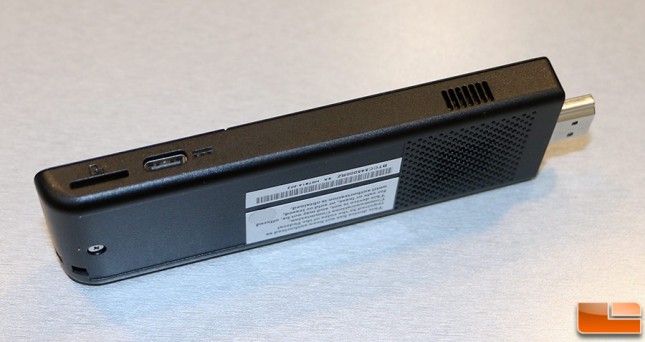 We flipped over the stick and found a microSD memory card reader and a USB Type-C port. The USB Type-C port is used for both data and device power needs as Intel includes a fancy new wall wort that is pretty cool. 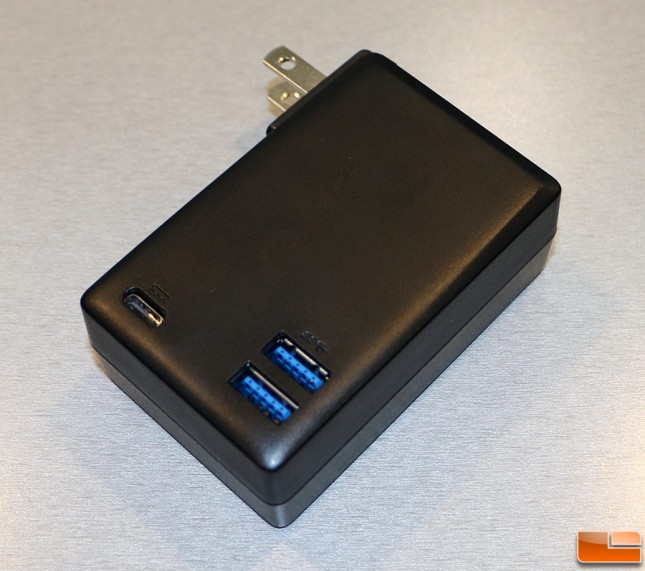 Intel as included two additional USB 3.0 ports on the power charger, so you have a total of three USB 3.0 ports to use for your keyboard, mouse, or any other peripherals you’d like to connect. All of the Intel Compute Sticks support Bluetooth, so if you need multiple USB ports for peripherals that would be the best bet to keep the freed up.  The USB Type C cable is included and is six feet long. The original cable was only 3 feet long and it wasn’t long enough for larger TV panels.

The entry-level Intel Atom powered compute stick is shipping in volume in and should be available to purchase this month. The more powerful and expensive Core M3 and M5 versions of the Intel Compute Stick will be entering mas production in February with retail availability coming later this quarter if all goes well.