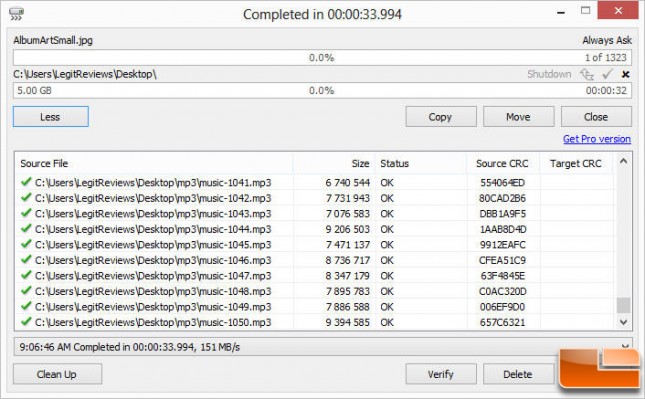 Benchmark Results: The real world performance numbers fare better than the synthetic benchmarks as the performance of the single 730 does a great job on the 5GB file transfers and really powers it out in RAID 0 mode. 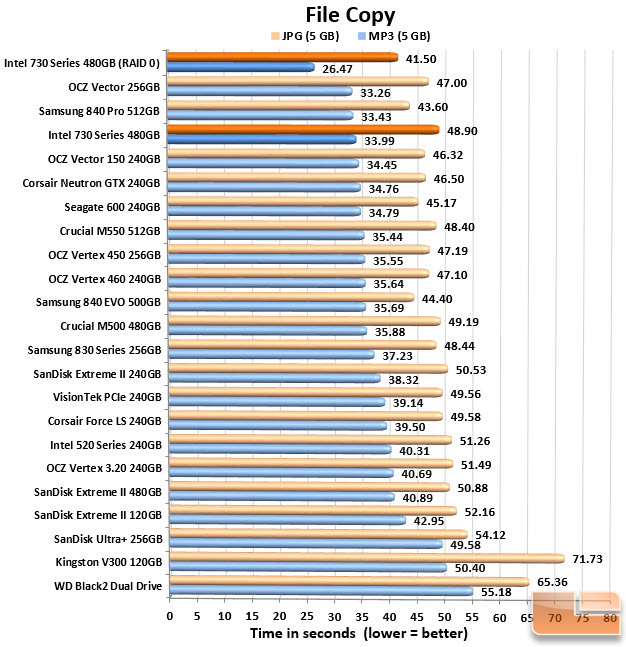 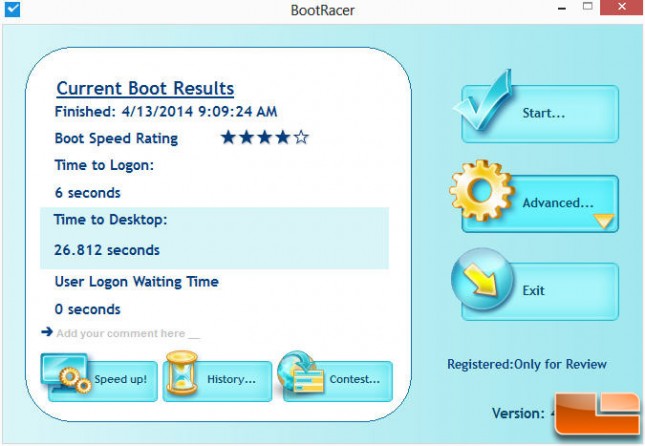 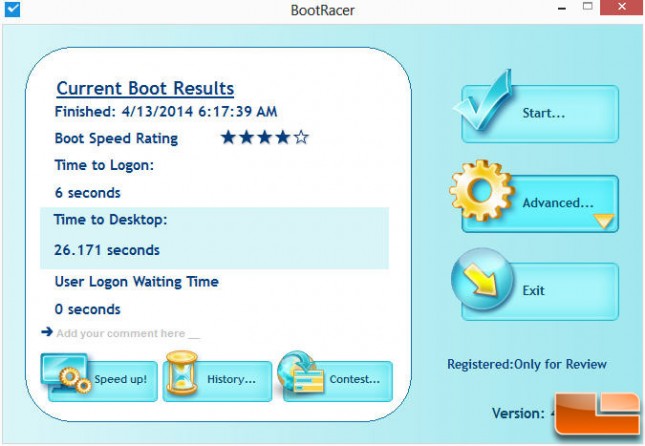 Benchmark Results: Even the RAID 0 setup doesn’t subtract much from the Windows boot time as this benchmark will really reveal weak performing drives rather than showcase the strong performers. 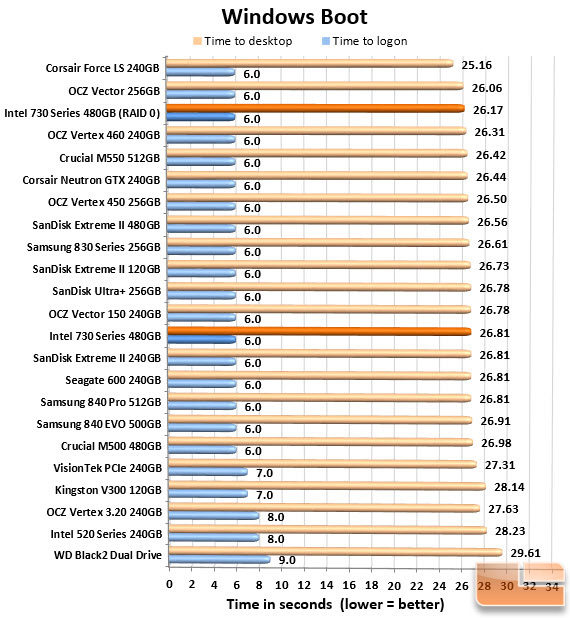