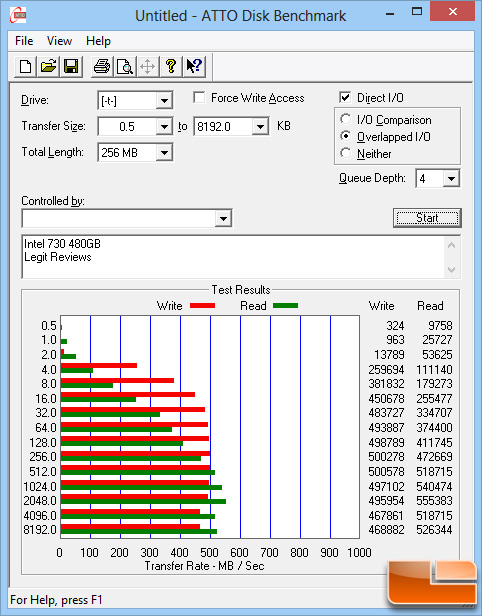 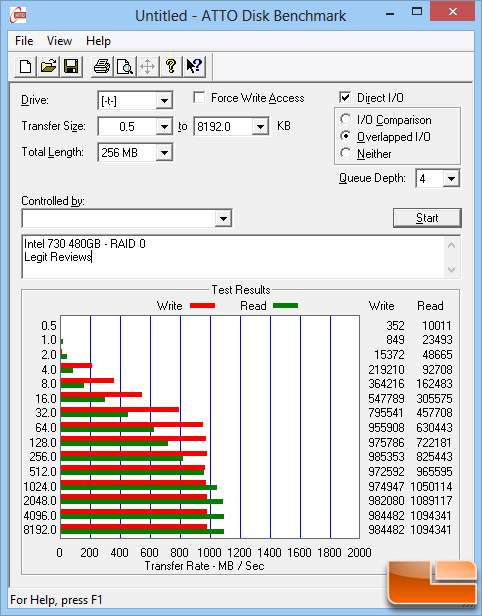 Benchmark Results: Clearly the RAID 0 configuration rocks and the single drive scores hit max speeds that are right on the specifications which are a little slower in the writes department than a handful of other drives we’ve tested but we know that many of those other drives take performance hits on the other benchmarks. 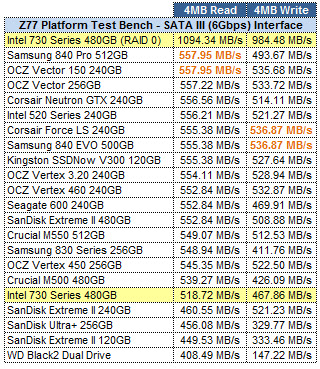 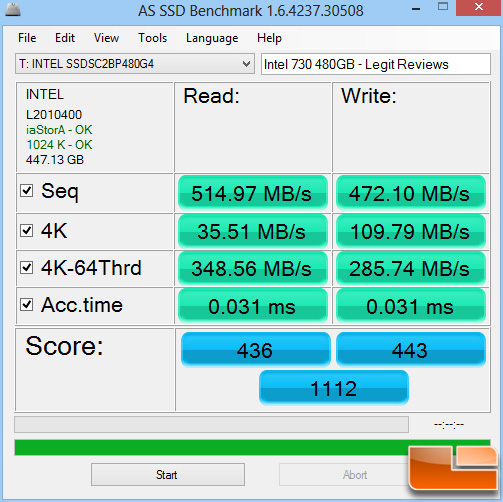 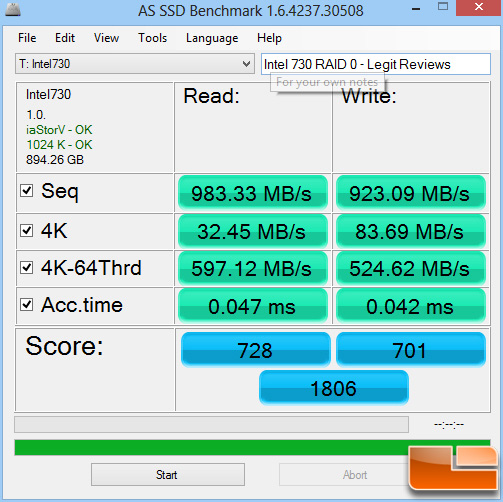 Benchmark Results: We see very consistent performance coming off of the ATTO benchmark as the scores are mostly unchanged which is a good sign and means that performance is not predicated on data composition. 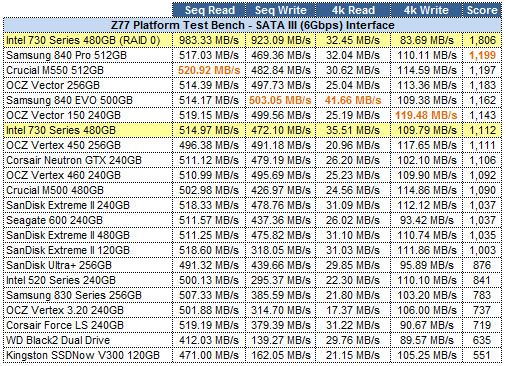 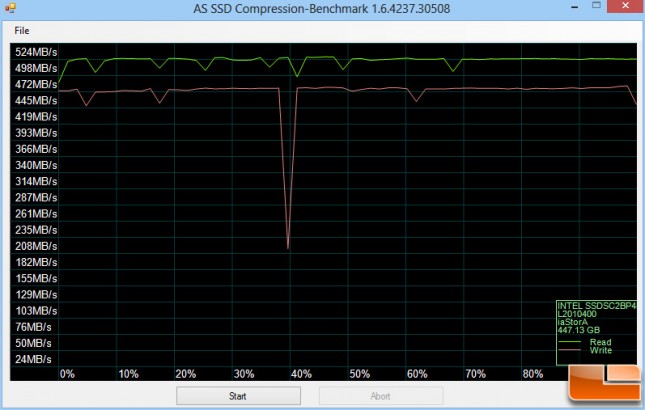 Benchmark Results: As further proof of consistent performance, the graph shows an indifference towards the data whether compressible or not.