To test the performance level of the Hypersonic AG2 notebook we fired up Futuremark PCMark Vantage Professional to test out this Microsoft Vista SP1 powered system. PCMark Vantage shows where their system soars or falls flat, and how to get the most performance possible out of their hardware. 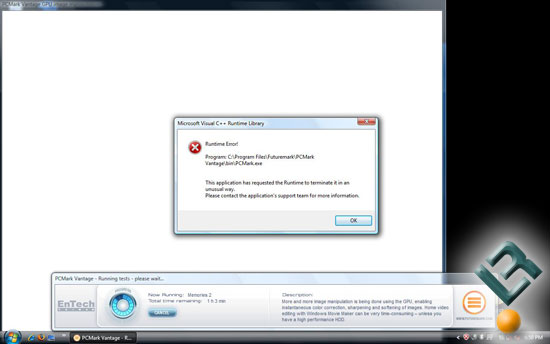 When running the PCMark Vantage Professional we encountered a ‘Runtime Error’ in the Memories 2 section of the benchmark. No matter what we did to the system this error remained, so we thought the memory kit was bad in the system. 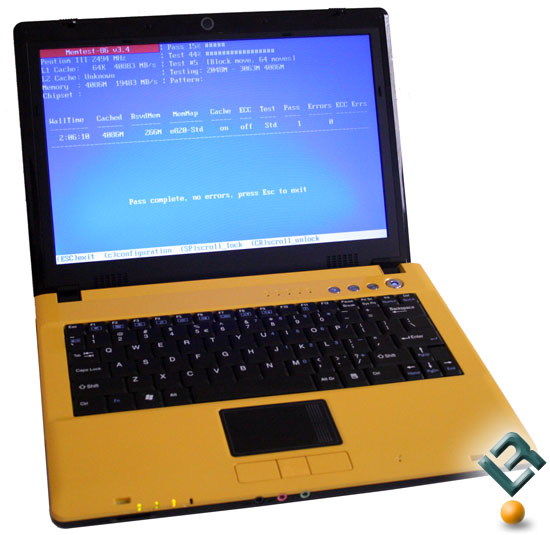 We downloaded the Memtest86 v3.4 memory diagnostic utility and created a bootup disc in order to check the memory modules. After running the test on the 4GB memory kit for a few the results came back showing everything was okay as you can see in the above image. After spending roughly six hours trying to get PCMark Vantage Professional to complete a single test loop we gave up and disabled the memories test from the application.  This means we won’t get an overall score for PCMark Vantage, but what can you do! Not everything works perfectly and with Vista SP1 and a Vista only benchmark, what do you expect? 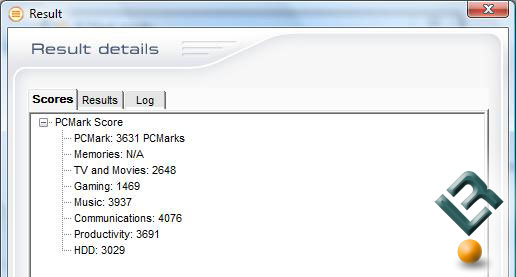 With the memories test disabled the rest of the tests showed very impressive performance numbers.  These score rival what many enthusiast desktop systems deliver. Only the gaming score was low and that is because the notebook has integrated graphics! The Intel T9300 Penryn dual-core processor at 2.5GHz is no joke! 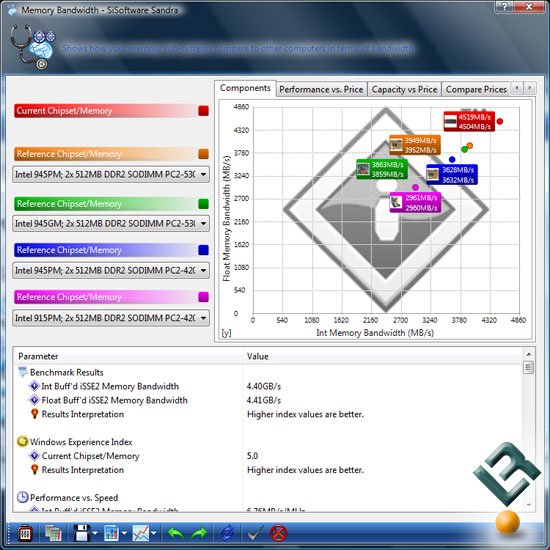 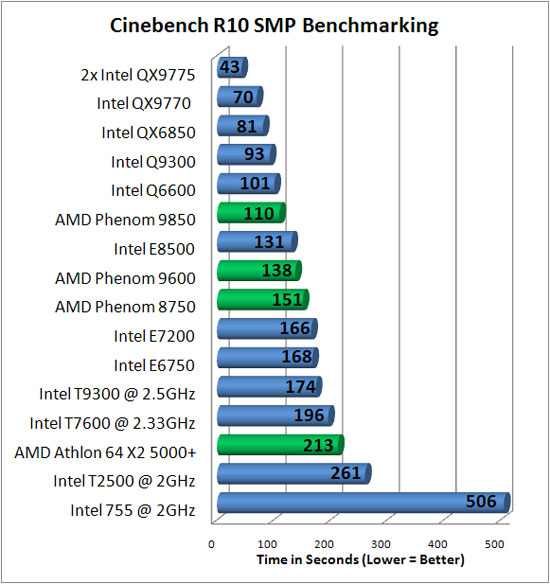 We usually include Cinebench R10 in our CPU reviews, but I thought it would be interesting to see how the Hypersonic AG2 12.1″ laptop does against some other mainstream processors.  We also tossed in several other notebooks to see how the AG2 stacks up against them.

As you can see the Intel T9300 is just a few seconds slower than some desktop processors.  The AOpen 1558J 12.1″ notebook with the Pentium M 755 processor was pretty quick a few years ago, but now the Hypersonic AG2 12.1″ notebook shows just how far we have come since 2005. If you have a notebook that was purchased in 2004/2005 and are looking to upgrade you will see a huge performance improvement as you can tell from the graph above. The Dell XPS M1710 17″ gaming laptop did well, but keep in mind that back in 2006 this notebook was over $4,000 and was the fastest laptop available.  The $1,600 Hypersonic AG2 is the fastest laptop that we have ever test and it packs a mean punch for the price.