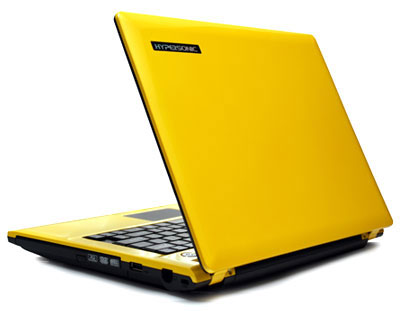 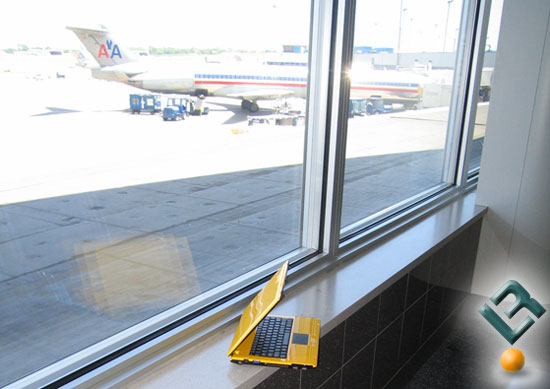 Since we had plenty of time with the Hypersonic Avenger AG2 we took it on a couple trips where we were able to see how the system fairs. With an Intel Core 2 Duo Processor T9300 (2.5GHz), 6MB L2 Cache, 800 MHz FSB processor sitting under the keyboard this is sure to be one quick notebook. 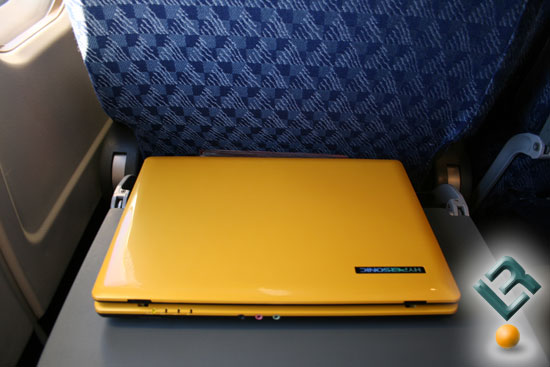 The Hypersonic Avenger AG2 12 inch notebook is the smallest and lightest notebook that Hypersonic has sold to date. On a recent American Airlines flight we found ourselves stuck with an economy window seat from LAX to STL, but the Avenger AG2 was found to be the perfect size. The last time we used a notebook on a plane for an article was the 17″ Clevo M57U/Sager 5760 gaming laptop and you can check that out on a plane here.