Inside the Hypersonic AG2

What fun is a notebook review if you don’t open it up and see what is inside? Many PC enthusiasts fear opening up a notebook, but they are not that hard to work on. Actually, once you open up a notebook you might actually prefer working on it. 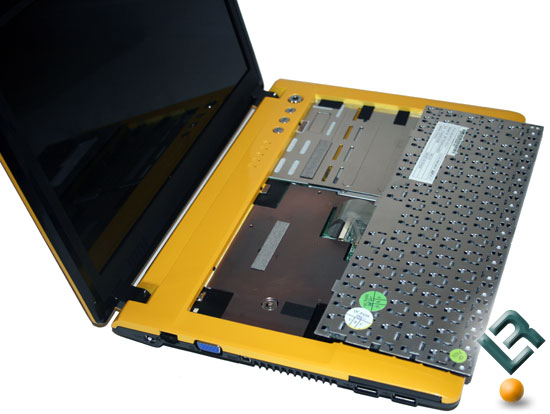 The keyboard is held in by three small latches along the top edge of the keyboard.  Nothing was found under the keyboard, but chances are you will spill something on the keyboard at some point in time. If this ever happens you can pop it out in a few seconds, unlock the ribbon connector and try to clean it. 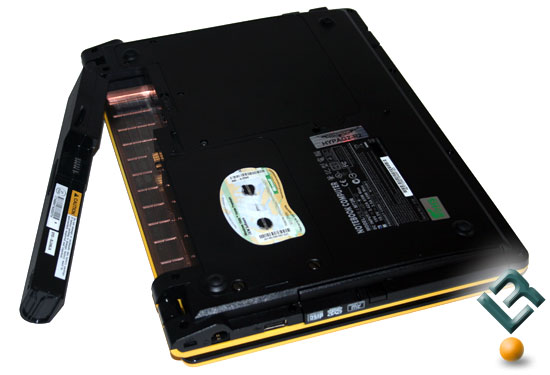 Flipping the laptop over we find the battery that is charged by the full range auto-switching 100V/240V AC adapter. The Hypersonic Avenger AG2 comes with a single Lithium-Ion battery that is a four cell design. Hypersonic offers a second four cell battery for $99 at the time of purchase and is ideal for those that need to use the laptop for more than a couple hours. After doing some research it was found that both Sager and Clevo offer an 8 cell battery with the part number M720SBAT-8 for this chassis. If you call around a bit you should be able to find a bigger battery for the Avenger AG2 since it is the same chassis as the Sager NP7260/Clevo M72R. 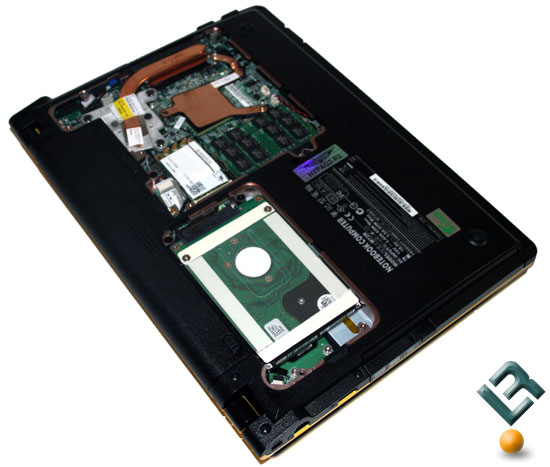 The Hypersonic Avenger AG2 notebook has two covers on the bottom that hide the goods.  The SATA hard drive is under the smaller cover that is held down by two flat head screws.  Once the cover is removed the hard drive can be pulled out as no other screws hold it in. The larger cover has the Bluetooth and WiFi cards along with the memory modules and the processor. 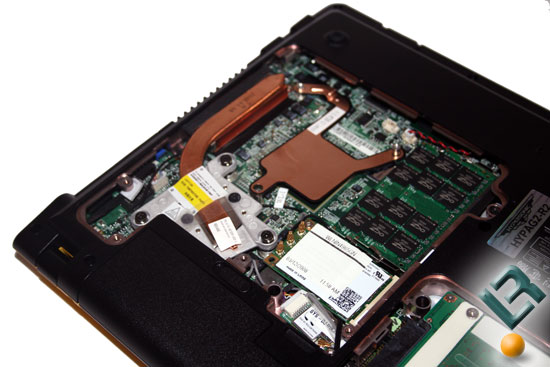 Taking a closer look, we can see that the CPU heat sink is actually held on by three Philips screws, which is unique as most are held on by four.  The heat sink was removed and the thermal compound showed that the heat sink was making great contact with the die of the Intel Core 2 Duo T9300 mobile processor. The large copper looking heat sink is just a thin film of copper that goes over the Intel 965 Express chipset.  It has some thermal compound on the bottom, but is so thin chances are it doesn’t do much. 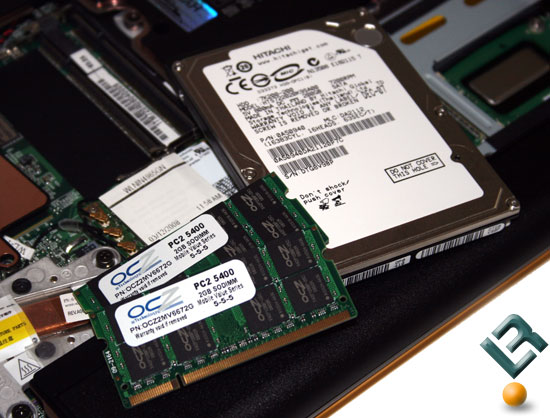 The 200GB 7,200RPM SATA hard drive was Hitachi branded and the memory kit was a pair of 2GB PC2-5400 SO-DIMMs made by OCZ Technology.  This isn’t a big shock as Hypersonic was purchased by OCZ Technology in October of 2007. The memory modules had the part number OCZ2MV6672G, which go for $49.99 each online and are part of OCZ’s mobile value series. 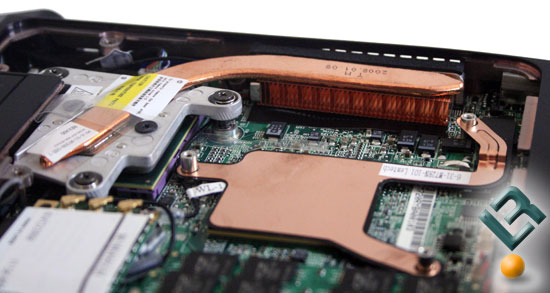 The Hypersonic Avenger AG2 gets pretty warm when configured with the Intel Core 2 Duo T9300 mobile processor.  The heat sink has one small heat pipe and a set of thin copper cooling fins. The CPU is located under your left hand, so after a bit of us the left palm might get sweaty as ours did after an hour of two of use. 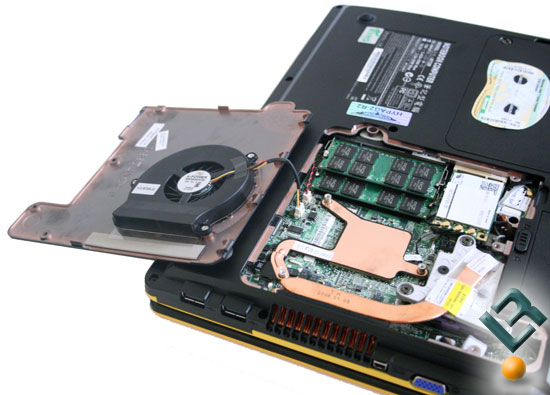 Cooling is taken car of by a sigle fan that is in a blower type assembly. The Hypersonic Avenger AG2 has a button on top that allows you to pick between two fan speeds to help keep noise down.  Once again our beefy 2.5GHz ran pretty warm, so the fan on most of the time.  The fan isn’t louder than normal, but it can be heard during normal use. It would be nice to see an additional fan or a place for fresh air to enter, but on a 12.1″ laptop there is only so much room to fit options like this.