Before we look at the numbers, let’s take a brief look at the test system that was used. The Intel X99 platform that we used to test the G.Skill Ripjaws 4 DDR4 memory was running the ASUS X99-Deluxe motherboard with UEFI/BIOS 0081 that came out on 09/04/2014. An Intel Core i7-5960X Haswell-E processor was used to power the system and a Corsair Neutron GTX 240GB SSD with 19nm MLC NAND and firmware M311 kept the Windows 8.1 installation chugging along. 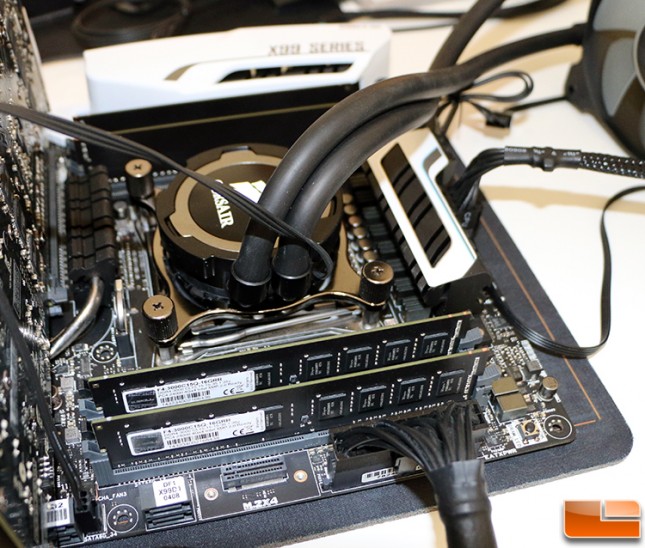 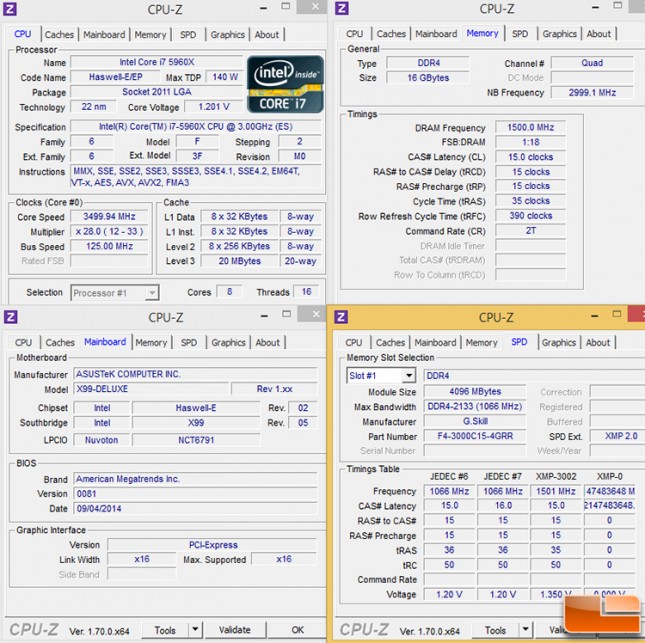 Here is a quick look at the CPU-Z information for our main test system that we’ll be doing the testing on. We tested the G.Skill Ripjaws 4 16GB 3000MHz DDR4 memory kit at the XMP profile settings, which changes the CPU strap from 100MHz to 125MHz, puts the CPU multiplier to 28 and disables Turbo.