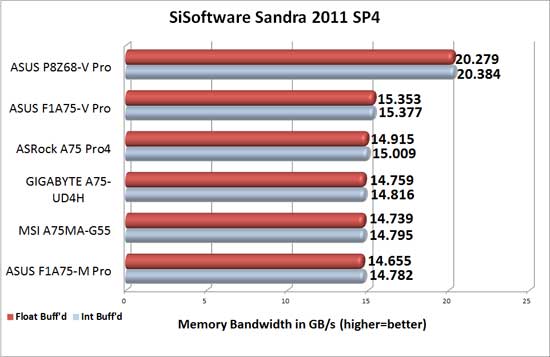 Benchmark Results: The GIGABYTE A75-UD4H fell right into the middle of the pack in the SiSoftware Sandra memory bandwidth tests. The A75-UD4H had a float buff’d memory bandwidth of 14.759GB/s and a Integer buff’d performance of 14.816GB/s.