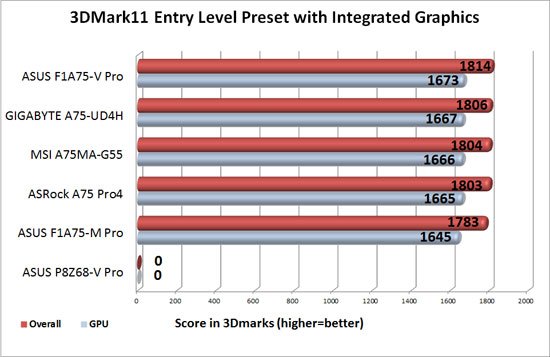 Benchmark Results: With the Intel “Sandy Bridge” system sitting idly by as we fire up FutureMark 3DMark 11, our AMD APU systems start to show what they are made of. Looking at the entry level preset first, there is only a few points separating the various boards. Today’s GIGABYTE A75-UD4H managed to fall into the second spot with an average score of 1806 3DMarks. 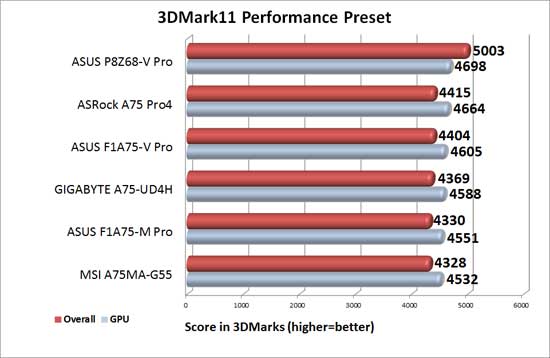 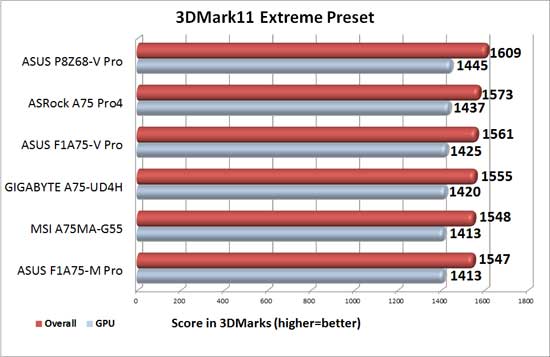