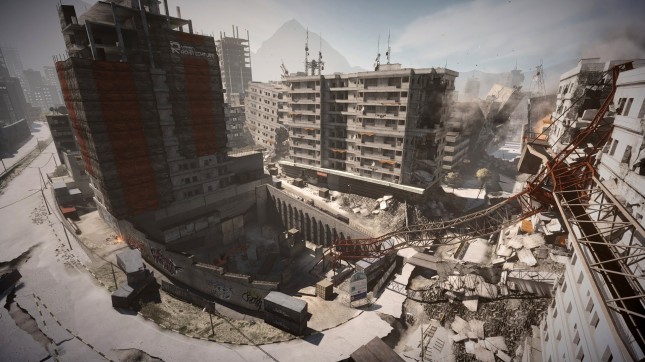 Battlefield 3 is a first-person shooter video game developed by Electronics Arts. It is several years old being released in October 2011, and support both DirectX 10 and 11. With the Frostbite 2 engine it can present the destruction of buildings and the environment very realistically. Setting the video quality to Ultra should push the test cards.

As there is no pre-determined benchmark for Battlefield 3, we will be playing the first mission, Operation Swordbreaker for two minutes. In order to get some explosions, and shooting, FRAPS will be started when we leave the garage, through that portion of the mission. 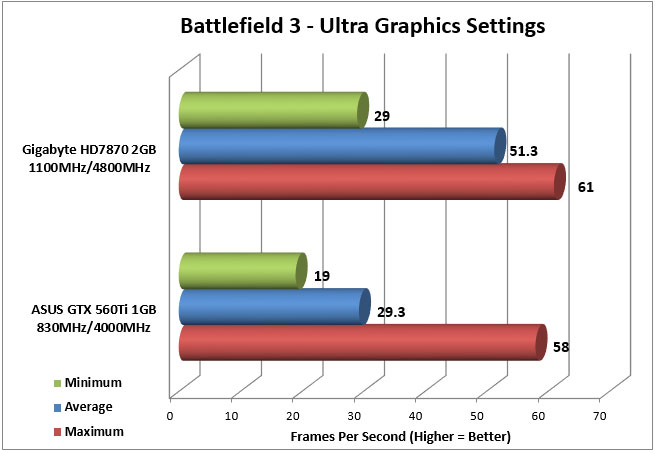 Benchmark Results: Both cards seem to be near equal when looking at the maximum framerate. However, the average framerate shows a different story. The HD7870 easily surpasses the GTX 560Ti; by almost 38%. Even the minimum framerate got close to a 53% bost in performance.