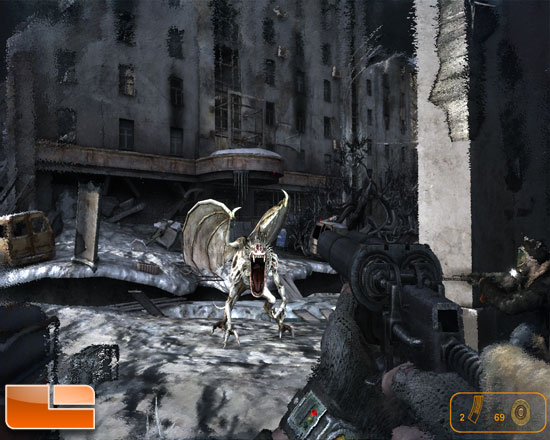 Metro 2033 is an action-oriented video game with a combination of survival horror, and first-person shooter elements. The game is based on the novel Metro 2033 by Russian author Dmitry Glukhovsky. It was developed by 4A Games in the Ukraine. The game is played from the perspective of a character named Artyom. The story takes place in post-apocalyptic Moscow, mostly inside the metro station where the player’s character was raised (he was born before the war, in an unharmed city), but occasionally the player has to go above ground on certain missions and scavenge for valuables. 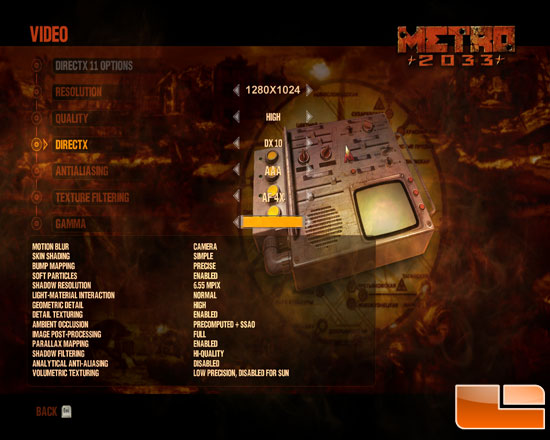 This is an extremely demanding game; settings were left at High quality, with AA and AF at lowest values – AAA and AF 4x. Advanced DirectX 11 settings were left at default. The recently added independent (requires purchase) benchmark was used and ran three times per card and per resolution. When I first saw the results in the EVGA GeForce GTX 470 Hydro Copper FTW Article, I debated heavily about the results. I discovered that the PhysX configuration of the computer would make a huge difference in the performance. If I were to limit the PhysX to the CPU the performance numbers would be much closer to the performance of the AMD Radeon Cards. Problem was, you aren’t going to disable the PhysX for your day to day gaming. I decided to leave it on for the testing as that would be the day to day performance you would see. 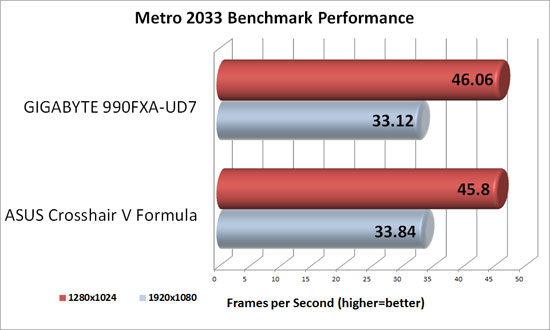