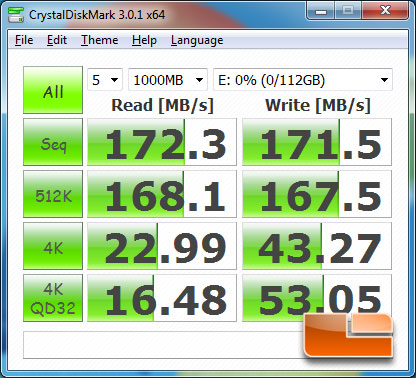 Benchmark Results: The Etron EJ168 USB 3.0 controllers on the GIGABYTE 990FXA-UD7 didn’t perform quite as well as the ASMedia chips did on the ASUS Crosshair. The Sequential Read on the 990FXA-UD7 was 172.5MB/s while the Crosshair V Formula was 204.2MB/s, thats a difference of 18.5%. The Sequential Writes speeds were much closer. Having a difference of only 6MB/s between the boards, though the GIGABYTE 990FXA-UD7 still didn’t keep up. 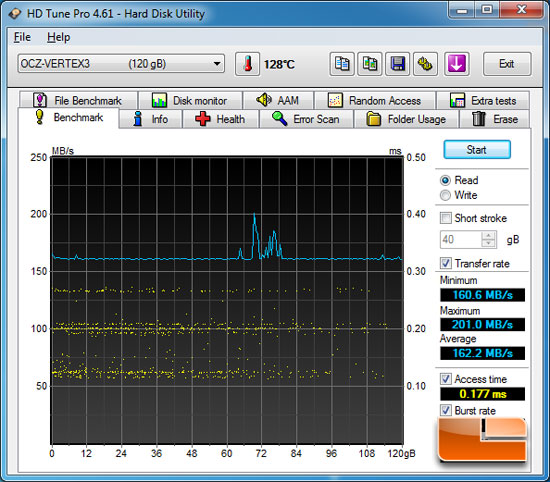 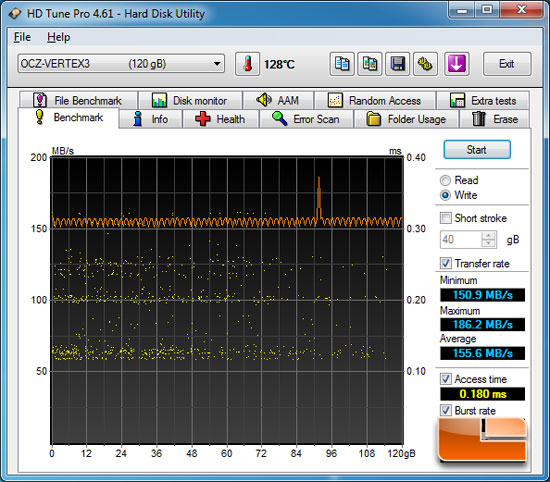 Benchmark Results: Once again we see a rather substantial difference between our two boards. The Average Read of the GIGABYTE 990FXA-UD7 was 45.5MB/s behind the ASUS Crosshair. The Average Write speeds were much further apart in HD Tune than they were in CrystalDiskMark. The GIGABYTE 990FXA-UD7 pulled an average write speed of only 155.6MB/s while the ASUS Crosshair V Formula was able to hit 204.3MB/s.