For a mini system that supports both mSATA and SATA 6Gb/s drives, we had to test how the SATA III header operates, along with the SuperSpeed USB 3.0 ports. 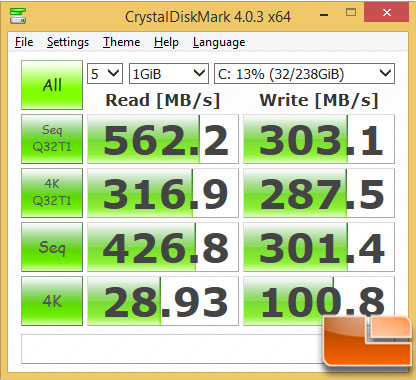 Corsair provides specifications on the Force LX of 520MB/s and 145MB/s using CrystalDiskMark’s Sequential Read/Write test.  In our testing, we received 426.8MB/s Read speed and 301.4MB/s Write speed.   The Random 4K read speed was 28.93MB/s with a 100.8MB/s write speed. 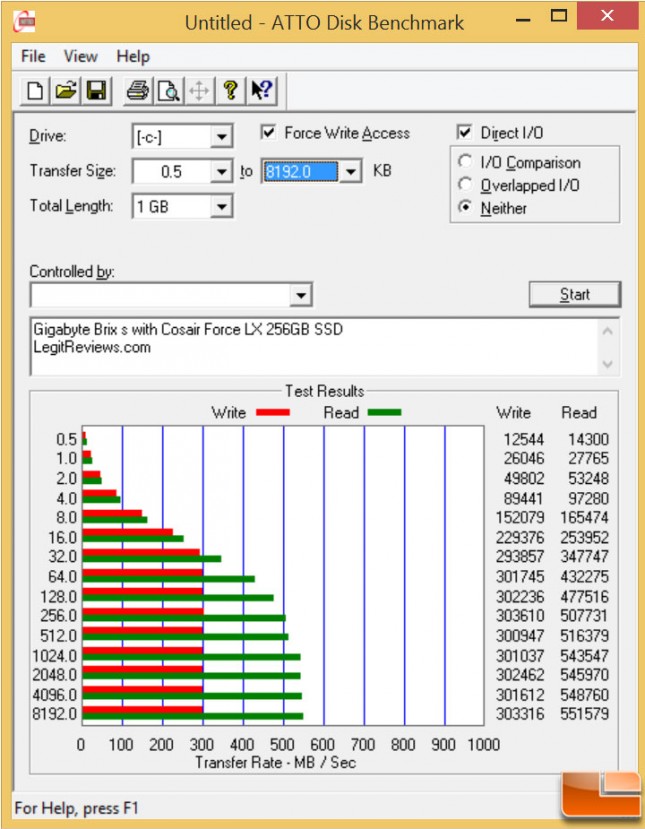 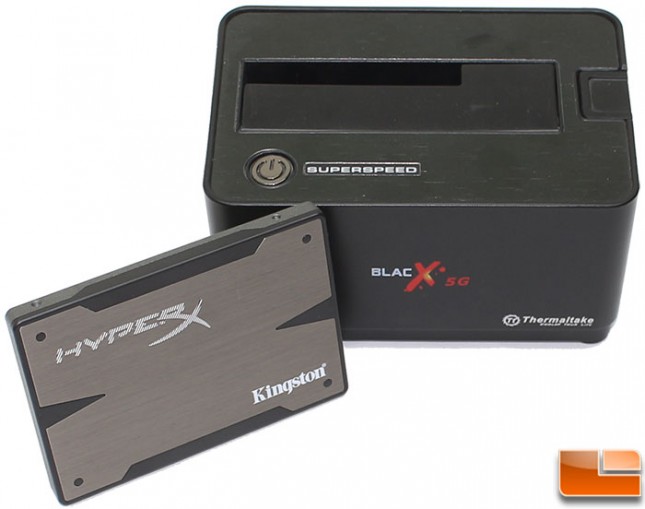 To test the SuperSpeed USB 3.0 ports, we will use a Thermaltake BlacX 5G dock with a Kingston HyperX 3K SSD. 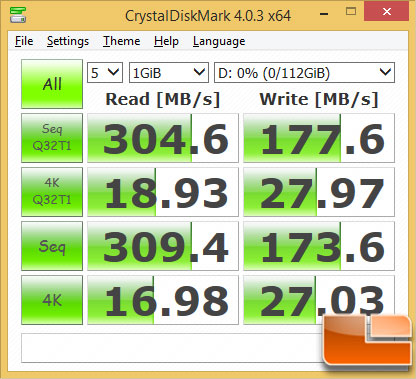 CrystalDiskMark recently changed versions and we shouldn’t be comparing numbers from the previous version to this version.  However, we have been using this combination of SSD and SuperSpeed USB 3.0 dock for a while now, and the speeds that the Gigabyte BRIX s provided for its USB 3 test is about average. 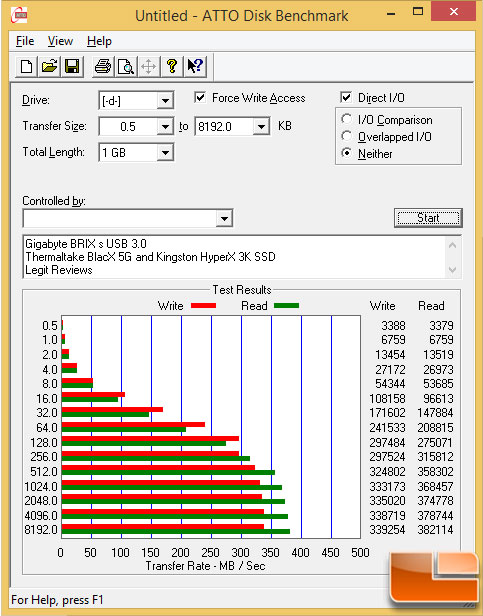 In ATTO, the SuperSpeed 3.0 connection did much better for the write speed, coming in around 339MB/s and 382MB/s for the read speed.