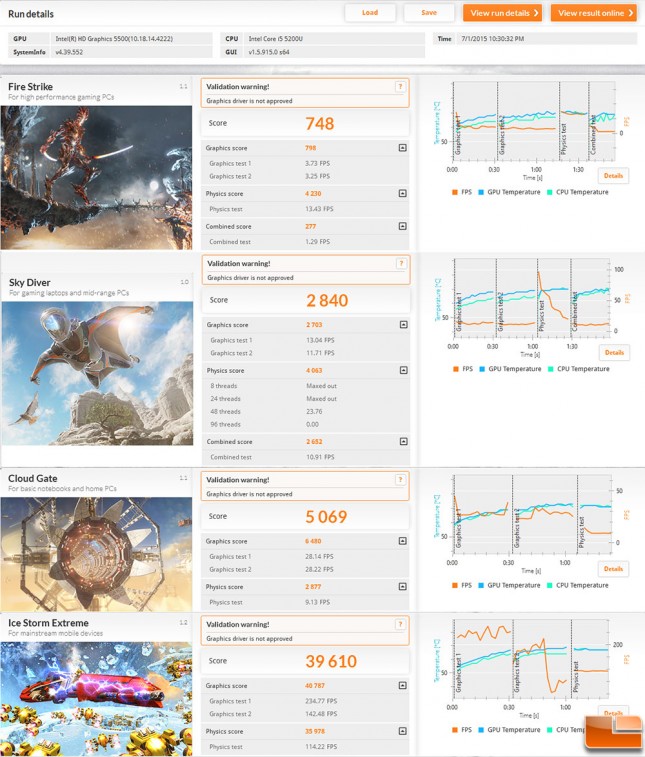 The only graphics option on the Gigabyte BRIX GB-BX85H-5200 is to use the integrated Intel HD Graphics 5500 with HDMI (up to 4096 x 2304 @ 24Hz) or mini DisplayPort (up to 3840 x 2160 @ 60Hz).  The latest build of 3DMark provides a solid performance for integrated graphics.  Ice Storm Extreme received 39,610, while Cloud Gate, which is designed for notebooks and home PC’s, received 5,069.  Both Sky Diver and Fire Strike are for higher performing machines, however even here the BRIX made a decent showing.  Sky Diver received 2,840, while Fire Strike got 748.

PCMark runs the system through some typical workloads that a home user might do.  This includes web browsing, typing, light photo editing, video chat, and some casual gaming.  Here the BRIX received a score of 3,208, which included a 27.7FPS for casual gaming. 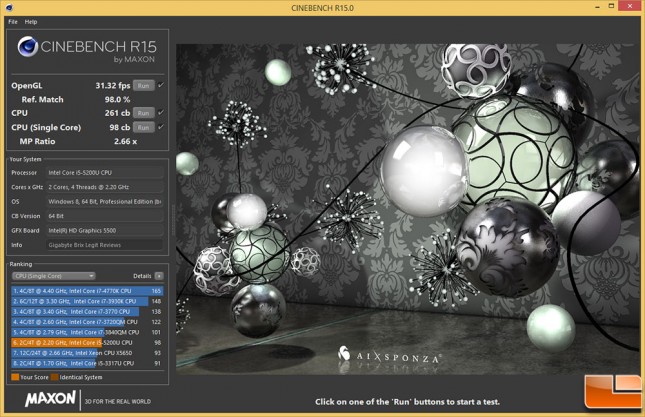 Cinebench R15 we found the BRIX scored 31.32FPS on the OpenGL benchmark, 261 points on the CPU, and 98 points on the Single Core CPU tests. 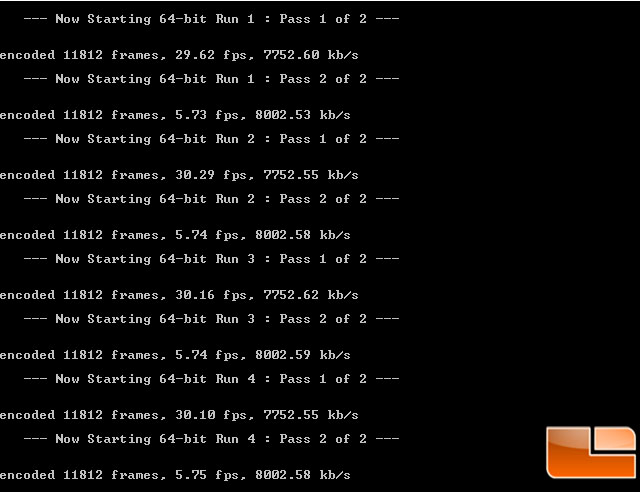 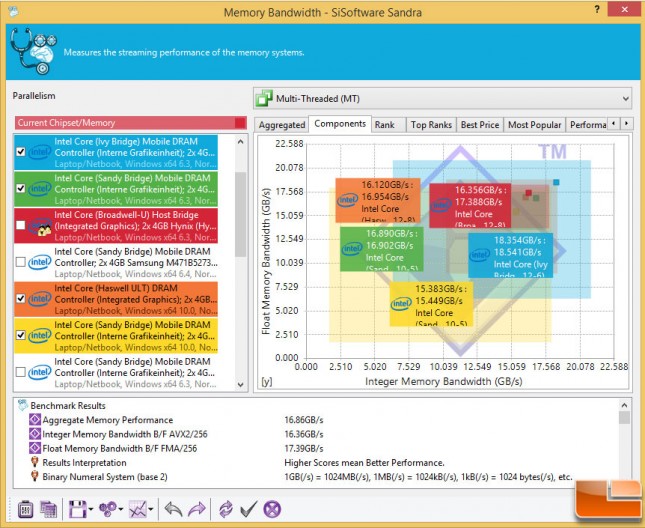 Taking a look at Sisoft Sandra’s Memory Bandwidth benchmark showed the SK Hynix memory getting close between 16GB/s and 17GB/s.  The SK Hynix SK Hynix 4 HMT451S6BFR8A-PB memory has 11-11-11-28 1T memory timings.  One thing to keep in mind, the DDR3 kit MUST be Low Voltage, standard DDR3 SO-DIMM’s won’t work and won’t allow the BRIX to post. 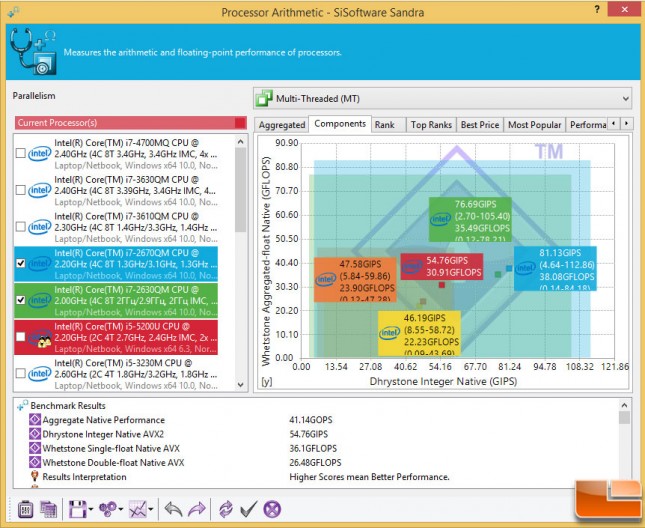 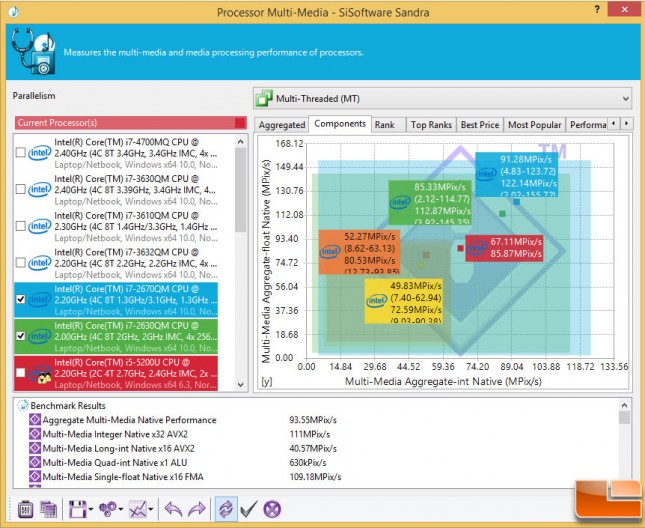 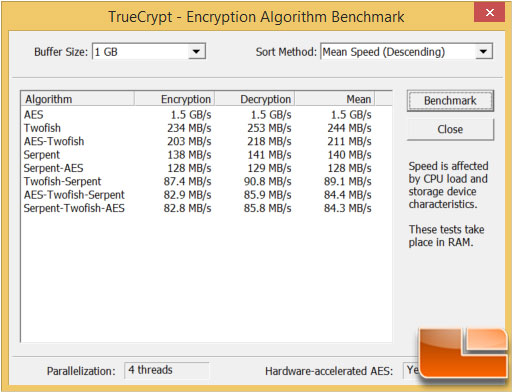 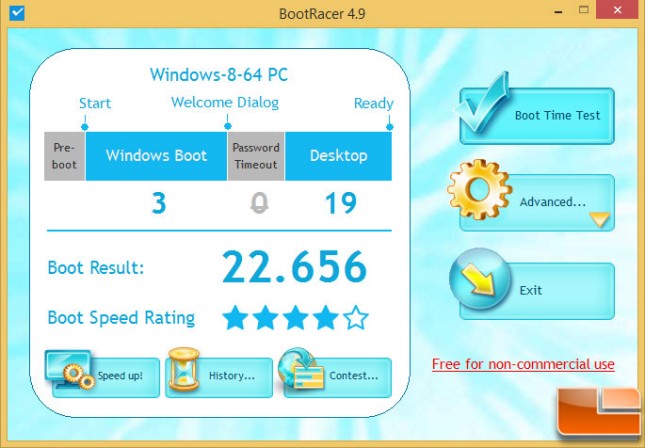 The Gigabyte BRIX sBRIX s BXi5H-5200 has the Intel HD 5500 graphics, we had no issues with video playback, but wanted to do some testing at 4K and 1080P.  Using the popular streaming site YouTube, we’ll take a look at the CPU impact of streaming various video’s at 4K and 1920×1080 resolutions. 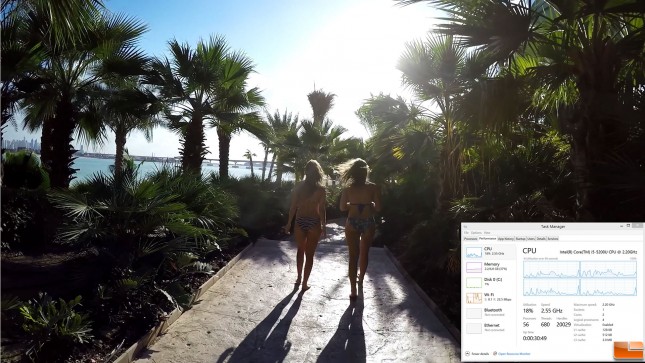 4K Streaming is just starting to get popular, not many people are utilizing the Ultra HD resolution yet.  The BRIX sBRIX s BXi5H-5200 is ready for 4K video, and is capable of streaming 4K without any stutters or graphic glitches.  The CPU is able to handle the workload, averaging around 20% utilization while streaming a beach video. 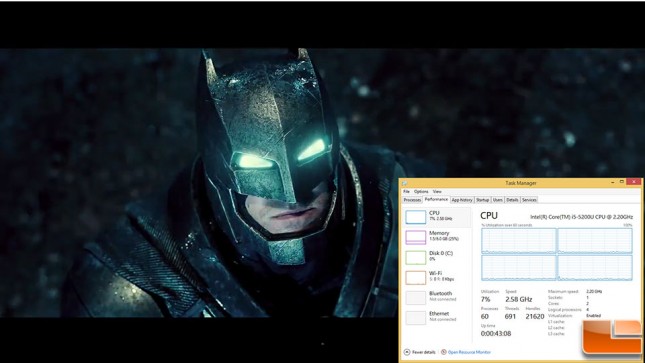 Most users will probably do a good amount of streaming video from the various online services such as YouTube, at 1920×1080 resolution.  We took a look at the Batman v Superman trailer, and while this was less than a 3 minute clip we didn’t see any spike in the CPU utilization, once it got past the initial startup of the video.  After about the first 15 seconds, the CPU usage dropped down to under 10% utilization while streaming the rest of the video.